How I make Sh90,000 a month selling vegetables 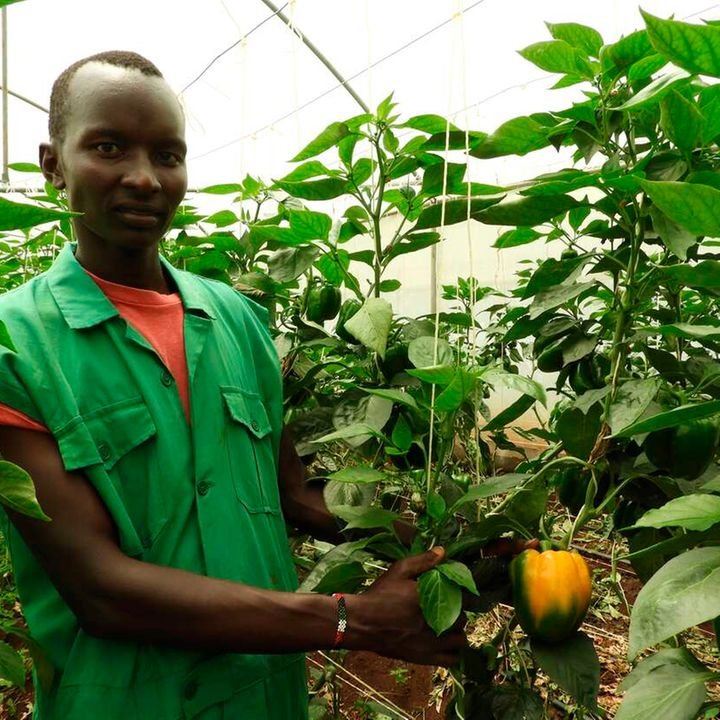 When Gideon Kiprotich graduated with a bachelor of education degree in special needs education from Moi University three years ago, he could have easily landed a job as a teacher.

But his heart and mind were on a more challenging and enriching enterprise that would open up an opportunity for a stable income.

Mr Kiprotich, 26, had all along been itching to try out agribusiness after college and no amount of persuasion could derail his dream after he graduated in 2018.

And so he rolled up his shirtsleeves and took a plunge into vegetable farming.

He did not want to go through the disappointments and heartaches his former college classmates were facing as they hunted for jobs in the crowded and competitive formal job market.

While they were busy putting together and dropping off their CVs to prospective employers, Mr Kiprotich approached his father and convinced him to allow him to use part of the family land – a quarter an acre – to plant vegetables as an income-generating project.

Two years later, Mr Kiprotich has a reason to smile as the enterprise has started paying off dividends.

Cheres Farm is now the main source of vegetable seedlings in the South Rift region. He propagates and sells the seedlings to subsistence and commercial farmers.

“I started the project with a nursery measuring 5 metres by 3 metres and injected Sh25,000 in total. I had saved the money for a long time and decided to invest it in the business,” he said in an interview with the Nation.

READ ALSO  Welcome to the new paid version of WhatsApp

“I spent the money to buy a net, construction materials, propagating media, trays and seeds.”

That set him off and the business has been growing in leaps and bounds.

This has enabled Mr Kiprotich to plough back the proceeds into the business and expand the enterprise as demand for the seedlings keeps growing.

He initially started off by producing 5,000 seedlings and has increased the number to 40,000 per month.

His big plan is to expand the enterprise to produce 100,000 seedlings by early next year to try to meet the growing demand from Kericho, Bomet, Narok, Nakuru, Kisii, Nyamira and Kisumu counties.

He has expanded the nursery to 5 metres by 18 metres and plans to set up another one early next year as he sets his eyes on commercial production.

Cabbage and curly kales seedlings retail for Sh2 each; eggplant is Sh4; red cabbages go for Sh6 per piece; cauliflower, Chinese cabbage, and capsicums sells for Sh4 to Sh20 each, depending on the variety; while managu goes for Sh1.50.

He uses treated coco peat media to propagate the seedlings in a greenhouse nursery, giving it a higher survival rate than that of an open environment.

Coco peat is made of a pit inside coconut husk and is naturally antifungal, making it an ideal medium for propagating seedlings in the nursery.

He has taken to social media platforms, including WhatsApp groups, to market his enterprise.

This has given him a wide network of customers, who place their orders online while others visit his farm to buy mature vegetables or the seedlings.

The farmer has built two greenhouses, which measure 15 metres by 8 metres. He grows tomatoes and capsicum.

He spent Sh100,000 to set up the greenhouses, which were delivered with irrigation kits.

He harvests an average of 150kg of the produce a week from the two greenhouses.

Mr Kiprotich sells the capsicum produce for Sh150 per kg and makes Sh90,000 a month from the two greenhouses after delivering to groceries and supermarkets in Nyanza and Rift Valley regions.

To satisfy water demand on his farm, he invested Sh28,000 on a water pump and spent a total of Sh120,000 on piping water from a stream running through the farm, to the water tanks set up on higher ground to allow for irrigation by gravity.

“I have never taken a loan from any financial institution and I have no immediate plans to do that as I have grown the enterprise through reinvesting the profits since I started the operations,” he said.

He plans to expand the enterprise into a fully commercial outfit and a one-stop shop for horticultural produce in the region.

“Formal employment has not been my cup of tea. I have always had a burning ambition to be my own boss and create employment opportunities for the youth,” he said.

But the enterprise has not been without challenges. The vegetables sometimes rot at the stems, contributing to losses.

To deal with the challenge, Mr Kiprotich invites agronomists to advise him on the best practices on his farm.

Benard Mutai, an agronomist, said the benefit of growing tomatoes and capsicum in a greenhouse as opposed to in open air is the controlled environment, which enables farmers to regulate water supply, and manage pests and diseases.

“It also makes it possible for a farmer to monitor the production of individual plants and weed out those infested by pests and diseases, besides ensuring the required minerals are evenly distributed,” Mr Mutai said.

Depending on natural weather and rainfall for horticultural farming makes production unreliable.

Mr Kiprotich’s enterprise has become an eye-opener for young people who are keen on using their knowledge to engage in agribusiness instead of wasting time hunting for jobs in cities.

“Despite the high agricultural potential in large parts of the country, there has been an outcry over imports of fresh farm produce from neighbouring countries, especially Uganda and Tanzania,” said David Tiroto, the Bomet branch chairman of the Kenya National Food Producers Association.

The government has come under fire for failing to provide subsidies to farmers to increase production and make farming profitable and commercially viable.

On the other hand, the government is pushing growth in the informal sector to create employment opportunities and spur agricultural production for local consumption and export.