How I sneaked into Uhuru’s Lamu port launch meeting 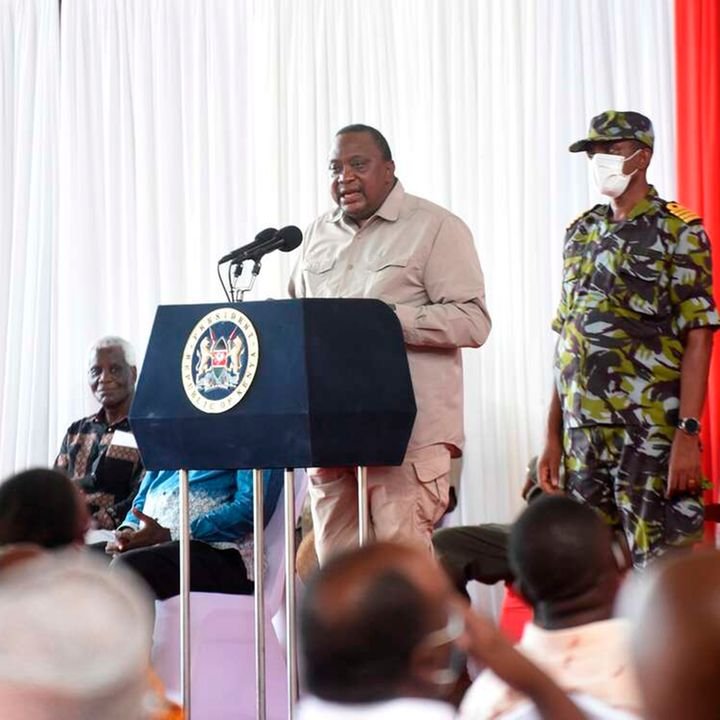 Mr James Kinyua Chomba, the man who was seen in a video interrupting President Uhuru Kenyatta’s speech during the official opening of the Lamu port last month said he wanted to see the President to ask for a job.

Mr. Kinyua, who dropped from Form Three at Mwea Boys Secondary School in Kirinyaga County says he had come to Lamu in search of a job at the port but couldn’t get one without bribing.

“I thought I would secure a job at the port and end my financial problems, but when they asked me for a Sh3,000 bribe, I told them I did not have any money and that is how I lost that chance,” Mr Chomba said, adding that he had then resolved to seek the President’s help.

The 33-year-old told Nation reporter that he decided to sneak into the President’s meeting in Kililana even though he had not been officially invited.

“The security was tight, but I was prepared for any eventualities. When I arrived at the entrance to the Lamu port, I did not greet the guards and the other security agents. I walked straight to the hand-washing station, cleaned my hands and hurriedly proceeded to the hall where the President was about to address the public. I wasn’t stopped,” he said.

He added: “My only prayer at the time was that I’d reach the President by mingling with the primary and secondary school students and other guests for my ticket to employment and out of poverty.”

“I stood outside the hall for about 30 minutes, studying the place. There were two entry points to the hall; one for the public and the other for the President. There was one exit. The President had already arrived at the port but was still inspecting the three berths before proceeding to the hall,” said Mr Chomba.

He confidently walked into the hall where he found people already seated and patiently waiting for the President.

At the podium, the master of ceremonies was giving instructions on to receive the Head of State.

“Everyone was seated apart from me and a few other individuals whom I surmised were security officers. After about 10 minutes, one person stood up, picked up his notebook and walked out of the hall. That is how I got a seat. No one knew my intention. After around 20 minutes of entertainment, the President arrived and the event began,” said Mr Chomba.

As the President stood up and began addressing the public, Mr Chomba fished out his ID and approached him.

“I knew I would never get another chance to talk to the President that day. I gathered courage, stood up while holding my ID card and made quick steps towards the President,” he said.

“The aide-de-camp noticed that I was up to something when I was about three metres to where the President stood. He quickly moved from the President’s back and signalled other officers. That is how I was arrested. I tried to shout out my grievances, but the officers whisked me away.”

Midiwo was deserted in his darkest hour