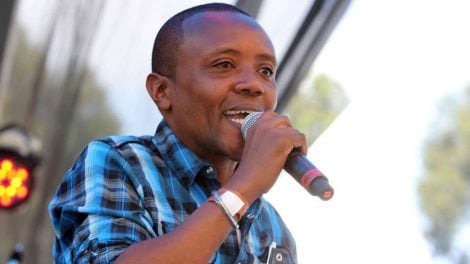 Celebrated radio presenter Maina Kageni has revealed he once cheekily negotiated for a 600% pay rise on his monthly salary.

Kageni is not only considered one of the most experienced radio presenters in the country but also one of the best and popular media personalities in the business.

He boasts a huge following on his talk shows and social media which mostly consists of women and ladies, thanks to a large part for his topical discussions on relationships, money, and controversial current affairs.

Having landed his first job on Radio at Nation FM decades back, Kageni recently revealed on Jalang’o TV how he was once approached and ‘poached’ by Radio Africa Group (RAG) boss Patrick Qaurcoo to join Kiss FM.

Nation FM failed to counter the offer and Maina made the switch to RAG where he’s remained to date.

Kageni is said to presently take home an estimated salary of close to Sh800,000 each month.

Besides his salary, the Classic 105 FM presenter, who hosts his show alongside comedian Daniel Ndambuki (aka Mwalimu King’ang’i) earns more from bonuses and commissions on advertisements he generates for the company. He’s also a renowned emcee.