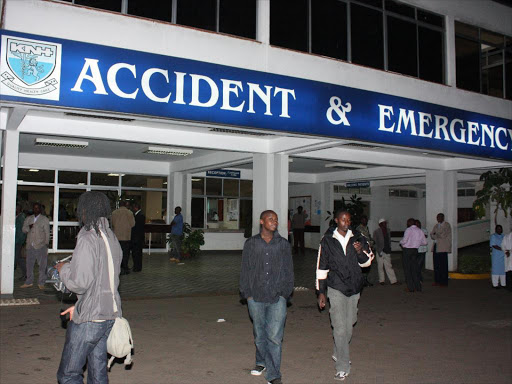 Many Kenyans are now offering their kidneys for sale as a result of the challenging current economy in the nation, which has been exacerbated by the high cost of living, and further made worse by the increasing fuel prices and inflation.

The Kenyatta National Hospital, the leading referral hospital in Kenya, has disclosed that they have recently been inundated with queries from needy Kenyans asking how much money they could make by selling their kidneys.

“How much for my kidney?” KNH said this was the most frequent query sent through their Facebook account.

The hospital has instructed that body organs might only be donated to needy people on a voluntary basis, despite the fact that it is obvious that Kenyans will do whatever to make life bearable as pressure mounts.

“Please note that organ sale is strictly prohibited and illegal. You can only donate out of free will,” the hospital said.

Kenyans are trying to deal with growing prices for essentials like food and petrol, a dilemma made worse by the conflict in Ukraine, while certain regions of the nation are also experiencing a severe drought.

Even though it is illegal in many nations around the world, the kidney trade is one of the wealthiest black markets, with brokers using social media to locate donors.

India is one among the top exporters of kidneys, and South Asia is the world’s most popular destination for transplant tourists, according to the World Health Organization (WHO).

More than 2,000 Indians are reported to sell their kidneys annually, with the majority going to foreigners.

The world’s demand for kidneys, which much exceeds the legal supply, is being driven by an alarming rise in renal disorders, diabetes, and high blood pressure.

As a result, the largest organ black market in the world is now located in India, Nepal, Bangladesh, Pakistan, Sri Lanka, and Iran.

Other organs that sell for a lot of money include blood plasma, sperms, and hair.