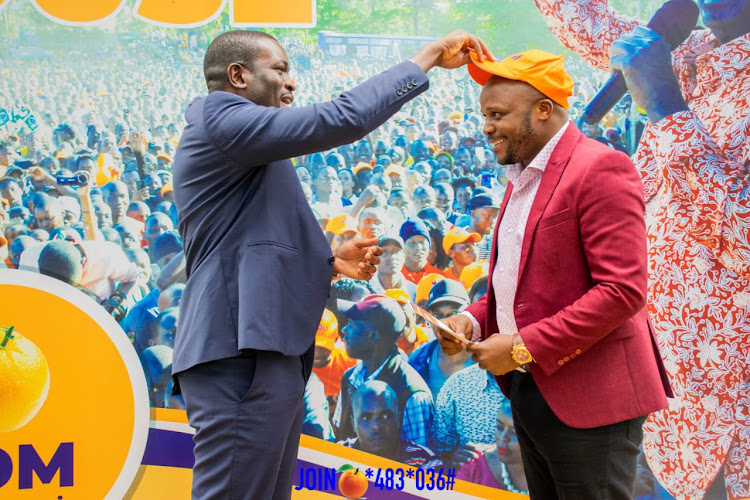 The Orange Democratic Movement (ODM) party candidate indicated while on an interview on Citizen TV on Friday, May 6, that the money would come from his friends and supporters. He added that the wealthier contenders are the biggest battle to deal with.

The sum will cover logistics such as travel, advertising, and goods purchasing, according to the media personality.

He insisted that his campaign is entirely people-driven, thus there are no handouts for supporters in his budget.

“It is not about handouts or anything like that, but for a well-oiled campaign, it would easily cost about Ksh30 million to Ksh40 million so that you will be able to move into every single place and articulate your issues,” he stated.

However, due to the changing nature of the economy and the political season, he indicated that the budget varies on a daily basis.

Jalang’o insisted that he will not be able to raise the funds on his own, revealing that his friends and supporters have always donated to his campaigns’ funding.

“I had my fundraiser in December 2021 in which a few friends put in a good amount of money for me to start my campaigns, and from time to time I have also had support from my constituents,” he added.

He went on to say that many young politicians were at a disadvantage when it came to funding their campaigns, noting that the more experienced politicians have additional resources.

READ ALSO  Haji’s last salaries to be donated to orphans

“Sometimes you can budget for Ksh1 million and you find that the money has risen to over Ksh10 million. So it keeps on fluctuating every single day but politics is an expensive affair,” he stated.