How Murang'a jailbreak suspect drank his way back to captivity 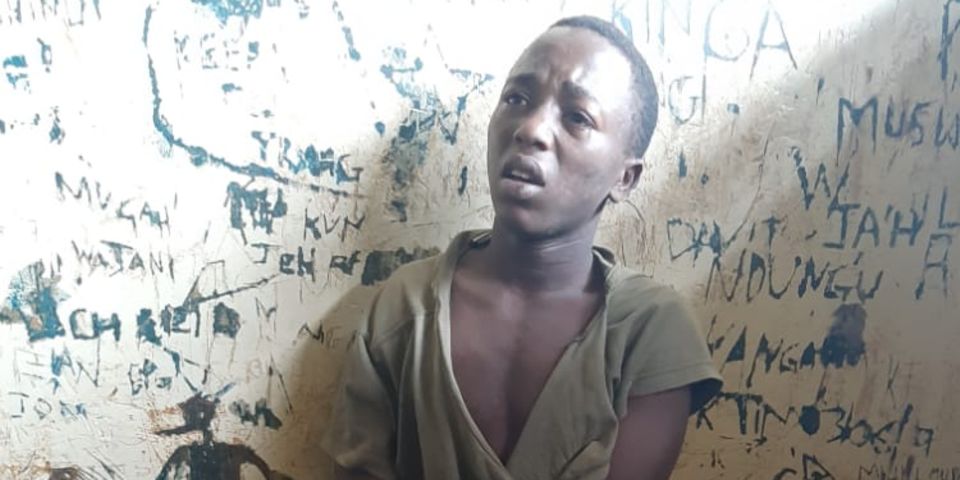 In many parts of Central Kenya, some say there is no greater lineage thrill for a man than to have a baby boy as his firstborn.

And that was the case for David Kung’u Ndung’u, a 21-year-old repeat jailbreak suspect from Gikindu village in Murang’a South, who in his hideout received information that his ‘wife’ had given birth to a boy.

He threw all caution to the wind, sneaked into his house and after confirming that indeed he was the father of a baby son, ventured out to drink alcohol in the backstreets of Maragua town.

He showed up at his Gikindu home at around 6.30pm on Tuesday. Later, along with three friends, he went to a banana plantation near Maragua to celebrate. Here, they ordered a 750ml bottle of hard liquor and two 500ml bottles of soda.

As he freely toasted the birth of his son, he had forgotten that he was about a kilometre away from the Maragua Police Station, from where he had escaped twice.

He had been charged with robbery with violence at the Kigumo courthouse but escaped from remand at the station on April 6.

Before that, on March 3, he had escaped from the same station.

In the April incident, he escaped with Andrew Kamau Wairimu, 20, who had been arraigned in Kigumo on three counts of defilement. They escaped at 9pm without being detected by the two officers on duty.

The duo had been remanded at the station owing to Covid-19 protocols in correctional facilities.

In a smooth escape, they broke no door, cut no grill and dug no hole — they walked out of the cells, sneaked into an unused office and from a ventilation hole, jumped out into the police compound full of officers and walked away.

“He is a very talented jailbreaker since serving at the Shimo la Tewa juvenile wing in 2016. Ndung’u also escaped and came to live with his grandparents in Gikindu village,” Maragua Police Station boss Cleophas Juma said.

But on Tuesday, the escapee got intoxicated in the banana field and became unruly. He proclaimed that he will now become a better robber to fend for his expanded family, and was overheard by concerned residents, who alerted the police.

“We received a tip that there were three youths in a banana plantation who were drinking alcohol and one of them was shouting about how he will terrorise them with robberies,” Murang’a South sub-county police boss Alexander Shikondi told the Nation.

Too drunk to escape

Five officers were dispatched to investigate. Upon getting there, they immediately recognised Mr Ndung’u as their jailbreak suspect who was at the top of their most-wanted list.

“We arrested the three of them, who were too drunk to escape. Even in police cells, Ndung’u kept praising his wife for giving him a baby boy,” Mr Juma said.

But on Wednesday morning, as he sobered up, Mr Ndung’u came face to face with the previous night’s miscalculations.

Upon interrogation, he revealed that he had been living in Múkúyú town on the Kenol-Murang’a road.

“We demanded that he take us to his hideout and he cooperated. We ascertained that he was living there as a criminal, since we recovered goods suspected to be stolen,” Mr Shikondi said.

Among the items was a juice blender, a laptop, a loudspeaker, a 32-inch television set and a DVD player.

“We are now taking all precautions necessary to keep him safely in custody. He will be arraigned in court on Thursday to face his robbery with violence charge. He will also have additional counts of burglary and theft as well as being a public nuisance where he breached the peace by shouting that he will terrorise Maragua residents by robbing them,” Mr Juma said.

Mr Shikondi said he was working with the children’s department to look into the suspect’s ‘wife’, who is said to be a minor and now a mother.

“We will see what best to do about her case. We have a duty to ensure her case is treated with all the sensitivity it demands. We are made aware that she dropped out of primary school to get married to this suspect. There are major question marks around the issue,” he said.