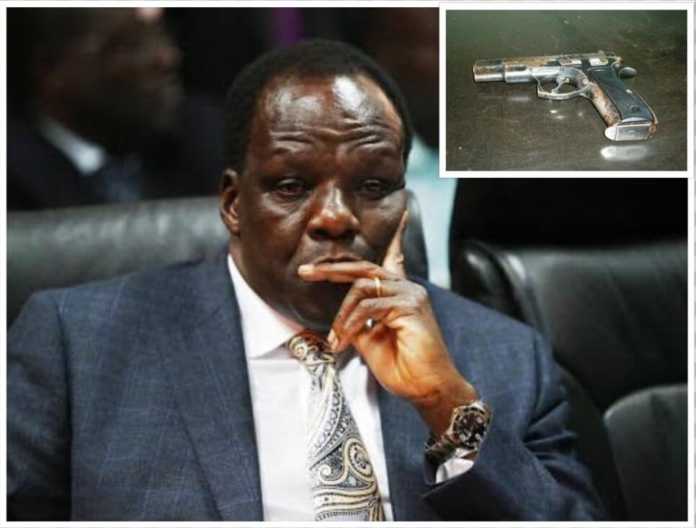 A police report from Harambe Police station in Kakamega county has raised many eyebrows. It details how a firearm belonging to Governor Wycliffe Oparanya’s security happened.

“Joseph manyasa Andeso a luhya male adult aged 31 yrs ,tel no 07*******5 who is attached to Governor of Kakamega county Hon.Wycliffe oparanya that today 20/3/2021 while he was at finito bar at Harambee market about 500 meters east of the station. He was joined by some people whom he knows one among them as his work mate working with county enforcement inspectorate.”

“As they were discussing issues disagreement aroused between them where it resulted to confrontation and as such his firearm make ceska pistol serial number (to follow ) loaded with fourteen rounds of 9mm issued to him from Kakamega central sub county got stolen.”

“Police officers from Harambee police station visited the scene and recovered one mobile phone make Samsung A50s belonging to the said officer and a motorcycle reg no 37CG 124A make Yamaha which belongs to the county government of kakamega.”

According to the report, the officer has been arrested and the area has been patrolled but no arrest or recovery made.