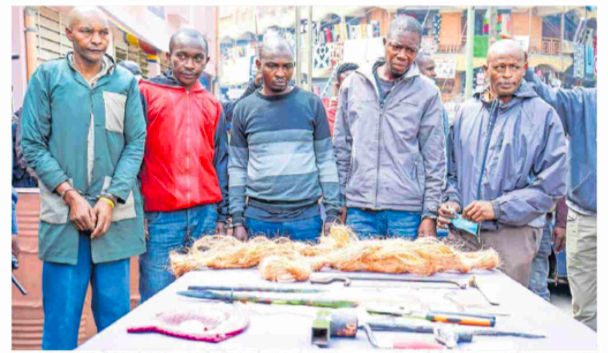 Police on Friday arrested five suspected bank robbers in Nairobi Central Business District. The five were arrested at a city lodging next to their alleged target Prime Bank Kamukunji branch after the police received a tip-off over the planned robbery.

Nairobi Central Sub-County Police Commander John Nyamu, said the suspects had checked in one of the lodgings near the bank.

DCI detectives and officers from Kamukunji Police Station arrested the suspects before they could break into the bank at Angle House along Ukwala lane, in downtown Nairobi.

Charles Mulo, Fredrick Muderwa, Jesse Muriuki, Gabriel Mungai and Reuben Njuka had booked different guest rooms at the building that shares a wall with the bank.

“They had planned to drill their way into the bank in the dead of the night. However, detectives got wind of the plan and spoiled their party,” said Mr Nyamu. 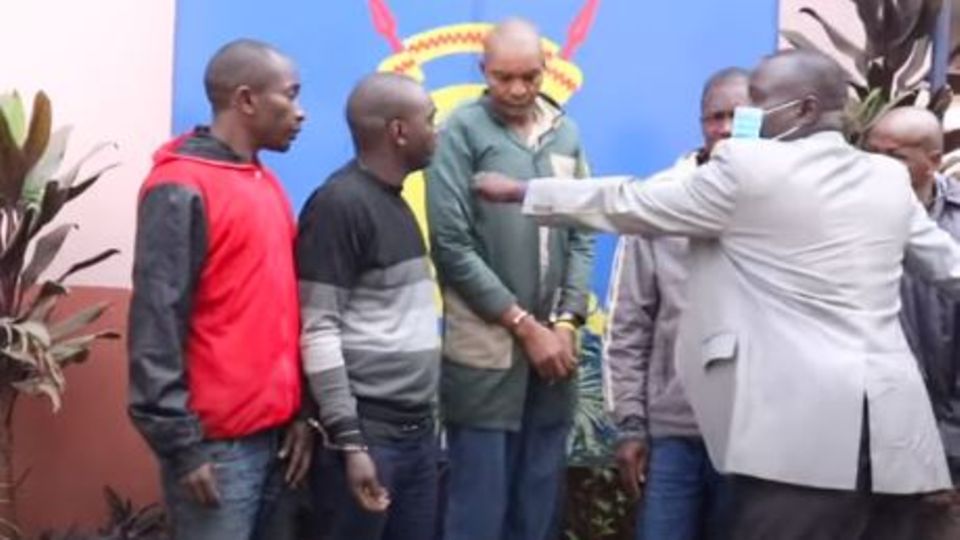 The detectives also established that the suspects could have easily accessed the banking hall by drilling a hole on the wall from the comfort of their rooms.

“They were targeting Prime Bank on the same building which shares a wall with the guest house where the five had sought accommodation,” police added.

The five suspects are being detained at the Kamukunji Police Station. They will be arraigned on Monday.

In January, two police officers and a bank teller were arrested after a daring daylight bank heist at Prime Bank’s Mombasa Road branch.

READ ALSO  My lover, my killer

The six robbers, according to the police, first disarmed two officers attached to the Administration Police’s Critical Infrastructure Police Unit Lang’ata who were guarding the bank.

The police described how the robbers entered Hypermat and Ramtons premises near City Cabanas/Kyangombe exchange at around 2.45pm.

“They confronted Corporal Mohammed Hassan and Corporal Eunice Syengo before disarming them of the Scorpion firearms with a total of 60 rounds of ammunition,” the statement read in part.

Police from the Central police station were quickly called into action as angry citizens stopped the vehicle they attempted to flee in.

Last year, five suspects were arrested in yet another botched bank heist targeting a KCB branch in Busia town. The suspects allegedly attempted to withdraw close to Sh28.5 million from an unknown person’s bank account.

What I learnt after spending business money to buy personal property