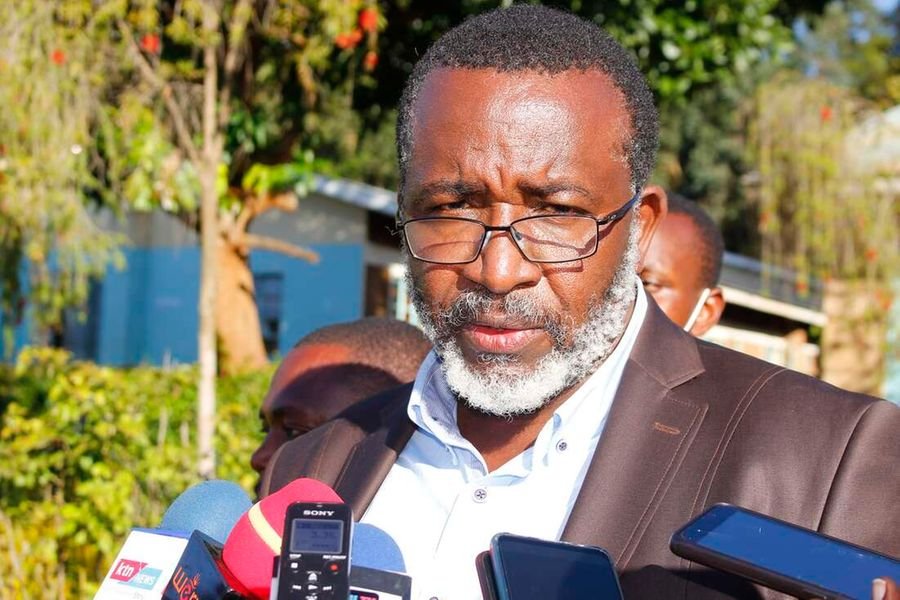 At 3.50pm on December 6, 2012, Meru Senator Mithika Linturi sat in an office at the Directorate of Criminal Investigations (DCI) headquarters along Kiambu road as he tried to convince detectives to lift a freeze on one of his bank accounts.

Mr Linturi was trying to explain to DCI officers how Sh8.6 million suspected to have been stolen from the Makutano Branch of Cooperative Bank in Meru County found its way into his bank account after being deposited by one of the lender’s employees.

In total, Sh13.5 million was stolen from Cooperative Bank on November 2, 2012 and was in Kenyan, US, Canadian, and British currency.

But because the notes were still crisp and new, their serial numbers were easy to trace. Investigators followed the breadcrumbs to Mr Linturi’s bank account and found that the funds had been deposited by a close associate of the Meru Senator, Mr Ensume Murungi Mithika.

At the DCI headquarters, Mr Linturi explained how he had opened an account at Standard Chartered Bank’s Yaya Centre branch on August 3, 2012.

The politician said he would personally deposit funds in the account, but occasionally asked friends and relatives to transact on his behalf.

As an example, Mr Linturi said he deposited Sh8.6 million in the account between November 5 and 7, 2012.

The November deposits, he claimed, arose from the sale of land parcel number 337/3230 in Mavoko, Machakos County, which he had just offloaded.

Mr Linturi said the buyer paid him Sh18 million on November 3, 2012 after banking hours. He allegedly spent Sh9 million on personal expenses and then gave two friends Sh7 million to hold onto.

Interestingly, records at the Machakos County land registry indicate there is no land registered as 337/3230.

After depositing the Sh8.6 million over three days, Mr Linturi did not transact on his account until December 4, 2012.

When he tried to withdraw funds from the account, he was informed that detectives had frozen the asset pending investigations.

Mr Linturi insisted the buyer had by the time of the DCI appearance paid Sh18 million, but still owed Sh42 million.

The senator insisted he had not sent anyone to deposit the Sh8.6 million.

In the statement, Mr Linturi admitted he had known Mr Mithika for at least four years.

He said Mr Mithika helped him clinch the Igembe South parliamentary seat. And as a reward, Mr Linturi called senior managers at Cooperative Bank, who agreed to offer Mr Mithika a job.

Mr Linturi told detectives that he knew Mr Mithika but the two were not related.

Interestingly, while paying Mr Mithika’s bond and standing in as surety pending trial over the bank robbery, the Meru senator admitted that the two are related.

With the statement, Mr Linturi was off the hook. He went on to clinch the senatorial seat in the 2013 elections.

For Ms Harriet Kanorio Guantai, a former Cooperative Bank manager who was jailed for the robbery, fate has not been kind since the November, 2012 robbery.

She has burnt all her savings pursuing justice in the criminal courts. She has been seeking a declaration that she was wrongfully prosecuted as detectives ignored crucial evidence that would have shed more light on who actually robbed Cooperative Bank’s Makutano branch.

On Monday, Justice Edward Muriithi ruled that Ms Guantai should have filed her petition against unlawful prosecution at the Employment and Labour Relations Division of the High Court, and not the Constitutional and Human Rights division.

The judge held that the labour relations division has authority to hear constitutional petitions that have an employment aspect.

The day of the robbery was Ms Guantai’s last day of work as branch operations manager of the Makutano branch of Cooperative Bank.

She was to report to work on November 3, 2012, only to handover her duties to Mr Mithika, who was to temporarily perform the task of branch operations manager.

She was the custodian of a copy of the vault’s keys, among other duties.

A few months earlier, Ms Guantai had been informed that she would be transferred to the bank’s Nyeri branch.

The banker took leave between October 6 and 27, 2012 as she prepared for the Nyeri move. During her absence from work, Ms Guantai handed over her vault keys to Mr Mithika.

She came the following day, a Saturday, to complete the handover process and then walk out of Makutano branch to start a new chapter in another town.

CCTV cameras installed by the bank were not operational between November 1 and 3, 2012. The cameras were the responsibility of Mr Dennis Munyoki, who was the second last person to leave the bank on the day of the robbery.

Mr Johnson Gachora, one of the security guards who was on duty until morning, told police that Mr Mithika was the last to leave that day.

Mr Mithika left at 5.35pm and drove away.

But 25 minutes later, Mr Mithika returned to the general area but parked his car in front of a shop next to the bank.

The following day, Mr Mithika was the first to arrive. He arrived at 6.40am, something Mr Gachora said was unusual.

Interestingly, Mr Mithika did not sign the daily register immediately, which would have indicated the time that he actually arrived at the Makutano branch.

When Ms Guantai arrived to complete her handover report, she tried to unlock the drawer where she usually also left the vault keys.

But the drawer was already unlocked. She then asked the chief cashier to accompany her to the vault to confirm if all was okay.

The security systems required two people with different sets of keys to unlock the vault.

On checking the vault, she found out that it had been accessed without any force, and most of the money collected the previous day was missing. Just over Sh3 million was left in the vault.

When the DCI headquarters sent officers to take over the matter on November 14, 2012, Mr Mithika had already been charged in court.

Investigator Gilbert Kitalia reviewed the file compiled by his Meru counterparts and concluded that the robbery was an inside job, then recommended that Ms Guantai and Mr Wanjohi be prosecuted.

“The DCI through its officer, one Gilbert Kitalia, conveniently, deliberately and negligently failed to produce before court the statement of one Mithika Linturi, which contradicts itself. In the handwritten statement (to DCI), Mithika Linturi alleges he is not related to the accused person, Ensume Murungi Mithika, but while under oath on November 5, 2012, when making surety for the third accused, he goes ahead and confirms that he is indeed a relative of the third accused and had even paid his school fees before and up to university,” Ms Guantai said in her petition against the DCI and Cooperative Bank.

Magistrate H.N. Ndung’u concluded that Ms Guantai and Mr Wanjohi were guilty because they left their vault keys in locked drawers rather than carrying them home.

Both Ms Guantai and Mr Wanjohi had told the court that they usually left their keys in locked drawers.

The magistrate released Mr Mithika, arguing that there was no evidence against him.

Curiously, police had left out key details in their investigations from the court file, including the fact that some of the money had been traced to Mr Linturi’s account.

After six years in trial, magistrate Ndung’u fined Ms Guantai and Mr Wanjohi Sh1 million each and in default, a 15-month prison term.

Ms Guantai was unable to raise the money, but appealed to the High Court.

In the High Court, Justice Francis Gikonyo ruled on July 22, 2019 that the prosecution had left too many gaps in the investigation to conclusively link Ms Guantai to the robbery.

Last year, Ms Guantai filed a constitutional petition at the High Court against the DCI and Cooperative Bank for wrongful prosecution and unfair dismissal respectively.

She accused one of her superiors of trying to implicate her in the robbery. The superior told the police  he had asked Ms Guantai to hand over before November 1, 2012 but she failed to do so.

But Ms Guantai refuted the allegation and said her last official working day was November 3, 2012; when she was to complete the handover.

Cooperative Bank in its response blamed Ms Guantai for not switching the alarm on between October 30 and November 2, 2012.

Ms Guantai insisted she locked the vault and armed its time locks, which was evidenced by the inability to unlock the facility early morning after the robbery.

In its evidence, Cooperative Bank attached a report on several robberies in different branches around the same time, in which a brief on Mr Mithika’s movements are cited as suspicious.

Mr Mithika told investigators that he left work late on the day of the robbery to complete pending assignments, and that he forgot to arm the bank’s alarm systems before heading home.

The following day he reported to work at 6.40am but did not sign in until 7.33am, which the bank’s investigators said was suspicious.