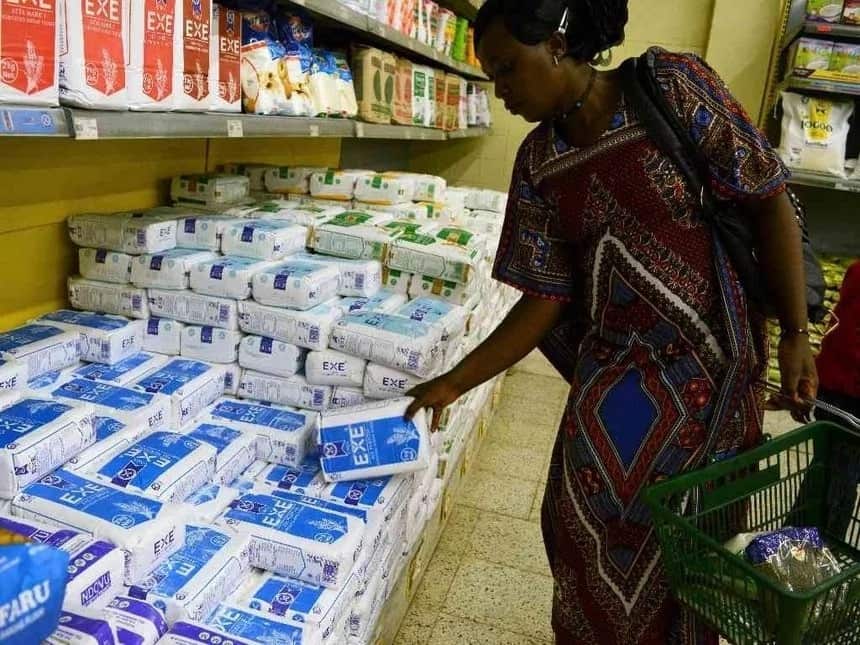 The Russia-Ukraine conflict is forcing Kenyans to dig deeper into their pockets since the prices of fuel, food, and other necessities is rising.

The war has also caused the dollar to rise against the Kenyan shilling, implying that the nation will invest more on imports and obligations denominated in dollars.

Wheat flour, on the other hand, will be the largest source of pain for common Kenyans. Over a third of the wheat used to create flour in Kenya comes from Russia or Ukraine. This has a direct influence on the amount of money people spend on chapati and bread, as well as pastries.

Wheat prices had soared because to the Covid-19 outbreak even before the war. This had a global impact on shipping.

As a result, 2kg wheat flour from various brands has been selling for between Sh150 and Sh172. The price was below Sh140 two weeks ago.

Russia, the world’s third largest producer, supplies Kenya with a fifth of its imported wheat.

Another 10 percent comes from Ukraine, from which Kenya imported over 1.9 million tons of the wheat due to an increase in demand.

Wheat is set to become even more expensive after Russian President Vladimir Putin prohibited all exports in order to first meet domestic demand.

Kenya has the alternative of filling the void that Russia has left. Ukraine and Latvia (another Eastern European supplier of Kenyan wheat) are supplemented by supply from other nations.

Argentina supplies Kenya with about the same amount of wheat as Russia. Canada, the United States, Germany, and Poland are Kenya’s other wheat suppliers.

Nairobi also imports paper, chemical and inorganic fertilizer, and metals like as semi-finished iron, copper, and refined petroleum from Moscow.

The price of fertilizer, a vital component in agriculture, Kenya’s main engine of the economy, would also be considerably impacted. Prices have already begun to rise.

The price of a 50kg bag of planting fertilizer has increased to Sh6, 500. With the advent of the long rains, demand for fertilizer will begin to climb, potentially affecting prices further when the principles of supply and demand kick in.

Experts predict that this will continue to rise, reaching a high of Sh7, 000.

Prior to the crisis, China and Russia, two of the world’s top fertilizer manufacturers, had been stockpiling this vital material.

As the crisis worsens, fuel and crude oil costs are projected to rise as well.

Notably, the price of crude oil has been steadily rising since April of last year. Consumers in Kenya have been protected by a stabilization fund established by the government to compensate marketers for their profit margins.

Depending on the government’s ability to continue paying, this subsidy may be reassessed at any time.

Russia’s activities have shook the global economy, prompting Western countries to counter with sanctions against Moscow. Both actions will affect global money markets and stock exchanges in the short and medium future.

The global financial markets are expected to tighten more, making it difficult for Kenya to obtain finance on the international market.

The government is well aware that all of these elements will have a negative impact on the average citizen’s cost of living. It also doesn’t help that it’s election season.

READ ALSO  I might go back, woman who remarried after spouse left her 47yrs ago says

Apart from imports, the Ukraine situation will have a negative impact on Kenya’s exports.

According to official figures, nearly a million households grow tea and coffee for export. The dispute will diminish their earnings since Russia, which is under sanctions imposed by the West, is estimated to lower its beverage intake.

Russia is one of the top six global purchasers of Kenyan tea. Kenyan flowers and tropical foods are also purchased.

The drop in commerce is attributed not just to Russians’ declining purchasing power, but also to a lack of a suitable payment channel. This comes after the United States, the European Union, and the United Kingdom barred Russia from using the Worldwide Interbank Financial Telecommunication (SWIFT) network, which is used by banks for cross-border transactions.