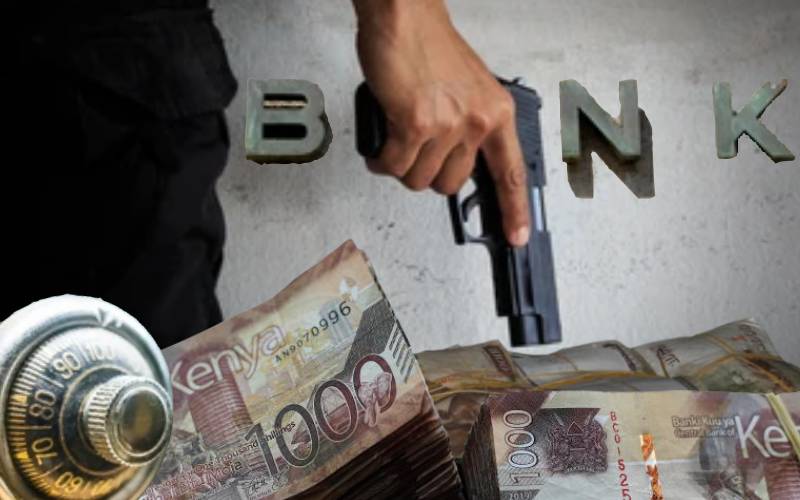 According to CCTV footage shown in court, a former security guard was implicated in a robbery that happened in January at a Prime Bank branch in Nakuru.

Staff lost cell phones, and the thieves got away with an estimated Sh2.3 million.

In the documents submitted to the court by the police, Mr. Tobias Juma Mukhuyu, who was detained in Bungoma County early this week and charged in court on Wednesday, was seen in the tape opening the bank’s main door for his associates.

The criminals forced the personnel to the restrooms after breaking into the banking area, locked them inside, and then plundered the drawers to steal Sh2.3 million.

The guard refuted the allegations of three instances of violent robbery and failed to stop a crime.

In Bungoma county, Nashianda, the former security guard was located and apprehended after an inquiry and review of the CCTV footage.

According to the police, he planned the robbery. The judge ordered that the case be consolidated after ordering the earlier charging of several of his conspirators.

He was required by the court to pay either a Sh300,000 alternative bond or Sh100,000 in cash bail. The hearing has been scheduled for September 15, and the case will be presented on July 11.

According to court records, on January 22, Mr. Onyange and Mr. Baraza robbed the bank of Sh2.3 million while using homemade weapons and imitation firearms in collaboration with others who were not present in court.

The midday heist at the bank, which was committed near the West Side Mall on Kenyatta Avenue, is said to have involved at least five males.