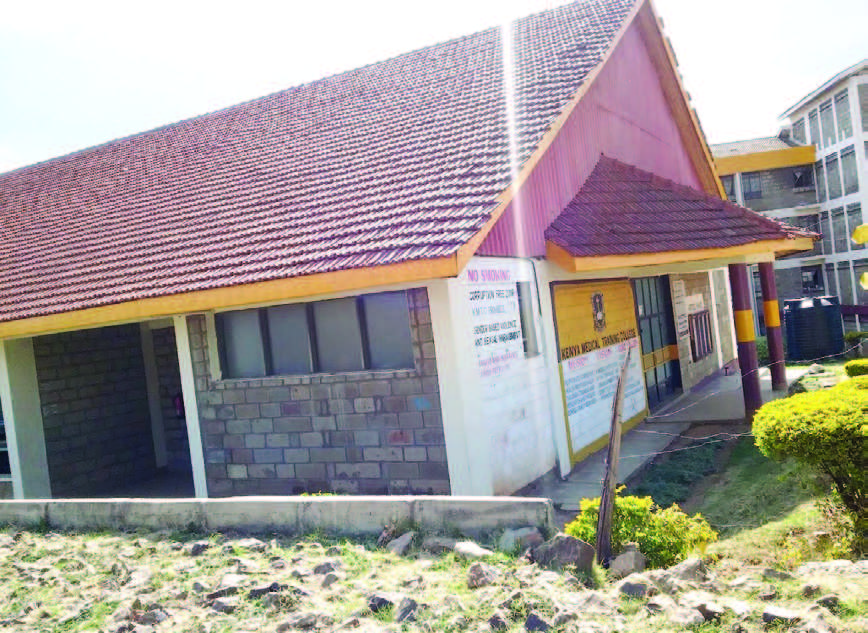 Addressing the press in Kabarnet town, members of the Health Committee led by Mochongoi Ward Representative Kipruto Kimosop and Betty Birchogo (Nominated) vowed to get to the bottom of the matter within ‘the next few days.’

An outspoken MCA and a career human rights activist, Kimosop said that they were

shocked by the claims that went viral in the social media last week adding that they have summoned County Executive Committee Member (CECM) for Health Mary Panga to shed light over the matter.

Apart from Panga, the committee has also summoned the respective heads of the hospital and the officers in charge of the maternity wing among others. “If somebody concocted a lie then we must ask ourselves how low we can go in our politics,” he said.

“But if it is also true that seven infants died then I think we in leadership today must have a conversation beginning with the governor, ourselves and the department,” he said, adding: “We must also ask ourselves if seven infants can then what are we really doing?” “We want to get to the bottom of the matter. We will also summon officials in the health department to appear before the assembly,” said Kimosop.

“We want to strike a balance so that we don’t allow an instigator of propaganda to take the people of Baringo for a ride or allow incompetence and non-performance (in the sector) and that is the reason we have come forward,” he said, assuring locals that the assembly is taking the matter seriously.

A storm is brewing in the county over alleged mismanagement of the health department which comes in the wake of the “closure” of the male and female ward at the Eldama Ravine Sub-County Hospital over severe shortage of medical officers.

Through the memo seen by People Daily, Dr Yator said that the hospital was suspending admission in male and female wards “due to acute shortage of medical officers.”

“We have a mandate to increase access, provide quality, efficient, affordable and equitable health care services to our clients and community at large,” he said. “To deliver this mandate, adequate workforce is a necessity including at least 10 medical officers,” he stated.

However, the decision was rescinded by Chief Officer for Health Services David Cherop who consequently ‘demoted’ Yator and replaced him with Mogotio Sub County Hospital Medical Superintendent Dr Jorum Marachi.

“The Medical Superintendent Eldama Ravine Hospital is hereby directed to hand over immediately,” said Cherop. The fate of Dr Yator remains unclear. At the same time, Panga has dismissed claims of negligence at the troubled Baringo County Referral Hospital terming the claims as propaganda.

“As a department we want to refute these claims and I want to say that we have not lost any infant at the facility due to negligence,” she said.

“Yes, we are a teaching hospital and we get students who work under supervision… We work closely with the Kenya Medical Training College (KMTC) and we have not experienced what we are seeing in the social media,” she said.

She further dismissed claims that the infants died because of “high” temperature in the incubators that had been erroneously set by the students.

‘I was paid to act,’ Blogger exposes Ebru TV show that catalyzed his depression