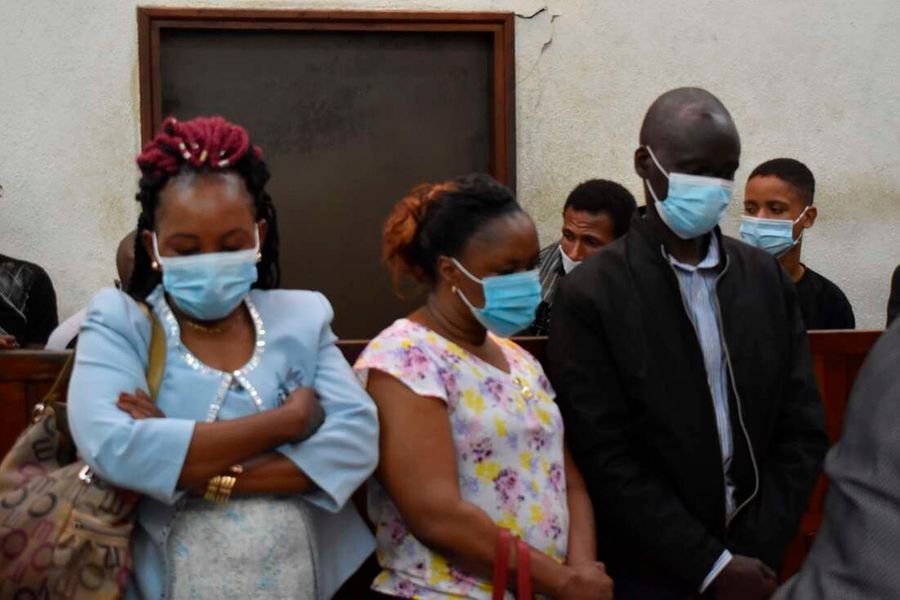 A businessman has shocked a court by disclosing that he was served with demand letters asking him to start paying rent on his own house after divorcing his wife of 10 years.

Joel Kibunja said he could not believe his eyes when the letter, which also divulged that the property had changed hands, was served on him.

“The letter indicated that my property had been sold and that I should start depositing rent to an account that was provided in the document,” he said.

Mr Kibunja said he was surprised because he had never participated in any sale or transfer of the property.

He told Senior Resident Magistrate Rita Amwayi that the shocking news led him to the land registry to confirm the status of his property.

The search confirmed his fears. It turned out that his wife, Ms Margaret Wathoya had, with another woman named Sarah Wanjiru, changed the ownership of the property.

“The search indicated that the property had been transferred to Ms Wanjiru. She was unknown to me. I had never met her before,” he said.

Mr Kibunja was testifying in a case in which Ms Wathoya, Ms Wanjiru and Samuel Karimi are charged with forgery and uttering false documents to defraud the man.

They are accused of forging Mr Kibunja’s signature and transferring the property.

During their marriage, the couple purchased a plot in Mombasa and built a family home for themselves and rental houses.

READ ALSO  How much Jalang’o plans to spend on campaigns

The rent from the storied building consisting of 14 units was deposited in a joint account.Court documents filed by Mr Kibunja show that the couple developed the properties with loans.

He told the court that he took out a loan and used the money to set up a clearing and forwarding business for Ms Wathoya, which trades under Jewel Trading Company.

“The business was doing well. We used the proceeds from the business to construct the house and also bought other properties. It was a family business and not personal,” he said

Mr Kibunja said he never bothered to take a leadership post in the business because the money generated took care of the family.

However, in 2010, they started having disagreements and he now took charge of rent collection.

The same year, he received a letter from a lawyer indicating that the property had changed hands and he was therefore required to start paying rent.

He conducted an inquiry at the land registry and then reported the matter to the police.

At the registry, Mr Kibunja found documents indicating that he had signed the sale agreement and transfer of the lease to Ms Wanjiru.

“I did not appear before any advocate regarding the sale transaction. The photo appearing on the forged documents is a distorted image of me,” he said

He stated that his signature on the alleged sale agreement dated October 27, 2010 is a forgery.

“My passport photo on the transfer is a scanned photograph from a family portrait taken earlier. I was not living with Ms Wathoya at the time the agreement was drawn and we would only communicate through our advocates,” he said

As of October 2010, he said, the valuer placed the property’s worth at Sh15 million.

Documents tabled by Ms Wanjiru and Ms Wathoya, he said, had been tempered with and wondered if money had changed hands between them.

He, however, admitted that a cheque and Sh350,000 in cash to buy the land upon which the properties are built originated from Ms Wathoya’s account.

But Ms Wathoya says in court documents that she acquired the property by herself.

She said she only added Mr Kibunja’s name in the agreement because she had a child with him.

She said she borrowed Sh10 million from Ms Wanjiru to build the houses and that Mr Kibunja contributed nothing for the construction.

“The only thing he helped with was to supervise the construction. I used Sh15 million to develop the property,” she said.

She said the transfer came about after they could not refund the Sh10 million she had borrowed from Ms Wanjiru.

“I informed Mr Kibunja of the demand made from Ms Wanjiru,” she said.

She said that Mr Kibunja was party to and aware of the agreement that led to the transfer of the property to Ms Wanjiru.

“The transfer price was Sh12.5 million, Ms Wanjiru gave us Sh2.3 million. Mr Kibunja was present and signed the agreement and the transfer of lease,” she said

She said her ex-husband was only bitter because he never got a share of the Sh2.3 million, and that it was the reason he reported her to the police three days after the sale.

Ms Wanjiru, for her part, said she got to know Ms Wathoya when they were selling second-hand clothes. It was then that she loaned her Sh10 million, which she was to refund with10 percent interest.

But when she demanded the money back, Ms Wathoya and Mr Kibunja agreed to transfer the property because they did not have money to repay her.

Mr Kibunja has wrested back the property after successfully suing the women in the Environment and Land Court. He is now a witness in the criminal case against the three suspects.