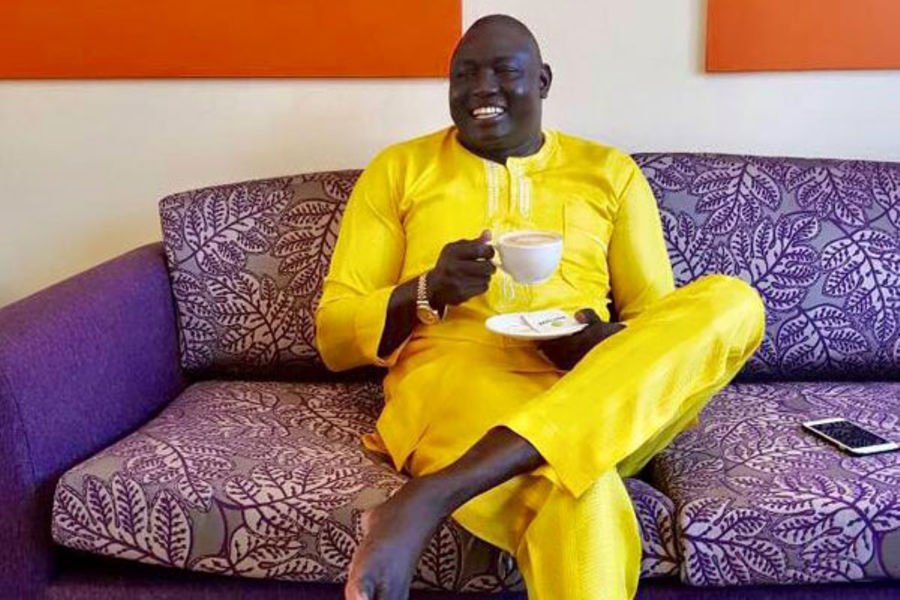 When he was interviewed on Kenyan TV in 2018, Lawrence Lual Malong Yor Jr, who has been sentenced to six years in a Ugandan prison for running an international fake gold scam from Nairobi, the flamboyant South Sudanese socialite could not explain the sources of his money.

“I always post money online because, as you know, I am a very rich man. As you see, I am wearing Jimmy Choo shoes and you know how much they cost? $10,000, plus I have a Rolex watch with a diamond costing $1 million (Sh107 million),” he told Citizen TV.

“I got my wealth from my Lord Jesus Christ. I fly on private jets. I live in presidential suites… I am blessed.” 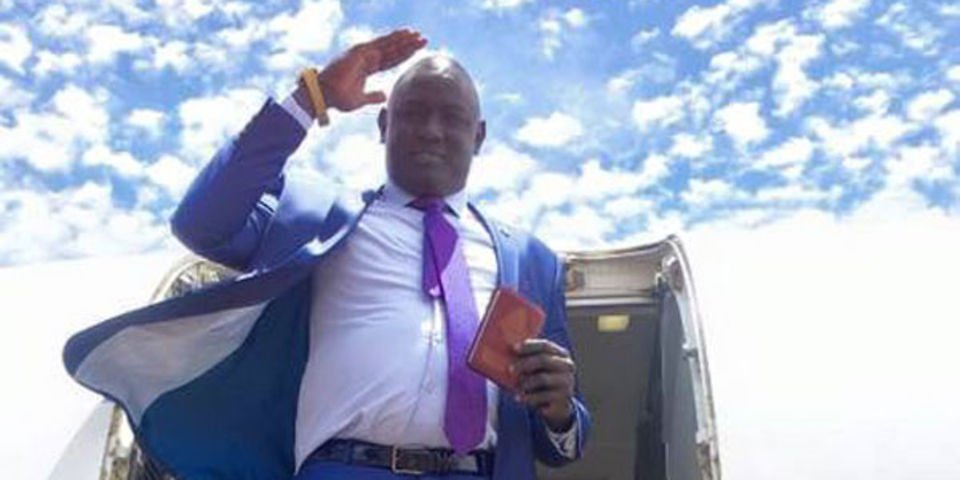 At that time, his name had created a public uproar across East Africa after a media investigation referred to him as a son of General Paul Malong, the former South Sudan chief of general staff and one of the strongmen fighting for power in the war-torn nation.

Yor or “Young Tycoon” or “Donald Trump Junior”, as he preferred to be called, had pushed himself to the top echelons of Nairobi’s social scene where flamboyance determines how popular or influential you are.

On February 28, 2018, Malong posted this photo on his Facebook account. It’s not clear if this ‘largesse’ belongs to him.

At one point, his popularity got so much into his head that he was prepared to pay Sh1 million to any musician who would get into a studio and sing a song about him.

“I donate money, I help the poor, and I am very generous. There is a need to acknowledge my good personality in a song,” said Young Tycoon on Instagram, his most preferred form of communication.

During his heydays, Malong operated between Nairobi, Kampala, Kinshasa, Juba and Johannesburg.

That was in November 2019, a year after Young Tycoon’s name featured on a list of high-profile and well-connected personalities in South Sudan who had been sanctioned by the United States and the UN for profiteering from their countries lawlessness.

“A number of companies that received provisional gold dealing licences in 2016 were controlled by politically exposed persons, including Lawrence Lual Malong Yor Jr and current Deputy Defense Minister Malek Reuben Riak Rengu,” said a report by The Sentry, a non-profit group headed by Hollywood actor George Clooney that has been investigating how South Sudan leaders are amassing wealth by looting their country.

“Lual has claimed family ties to former army chief of staff Paul Malong Awan, though the exact nature of their relationship is unclear,” said the report, “Untapped and Unprepared”, that exposed South Sudan’s dirty mining deals. 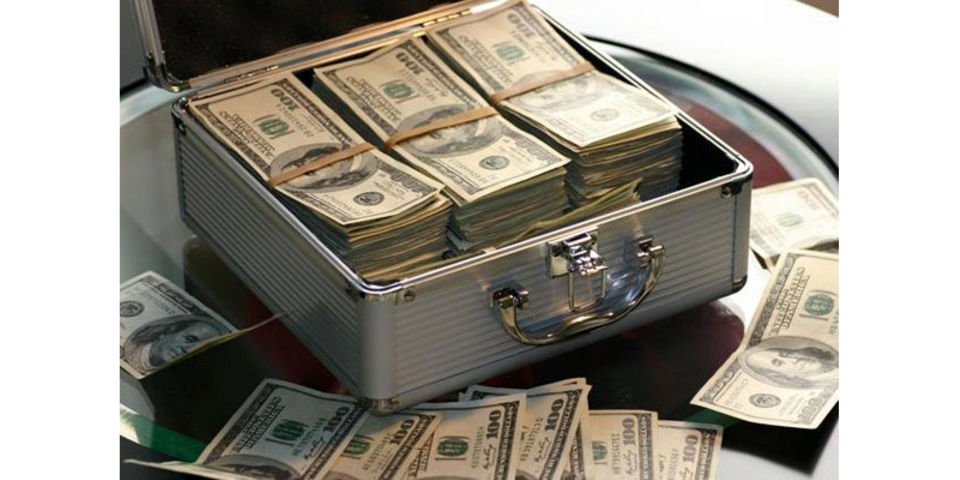 Despite the global uproar generated by the report, Young Tycoon, just like the rest of the high-profile personalities who were named, went scot-free. He retreated to Nairobi, where he continued posting videos of his flamboyant lifestyle on social media and appearing in interviews.

At one point, he even showed up at a press conference on the lawns of Serena Hotel with leaders of the Kenya University Students Organisation (Kuso), saying he would invest in the organisation because he loved the youth.

“I will stand with Kuso, and I will invest in Kuso… I will invest a lot of dollars in Kuso. I love the youth, I will support youth, and I’m looking forward to the youth to change this country,” he said. 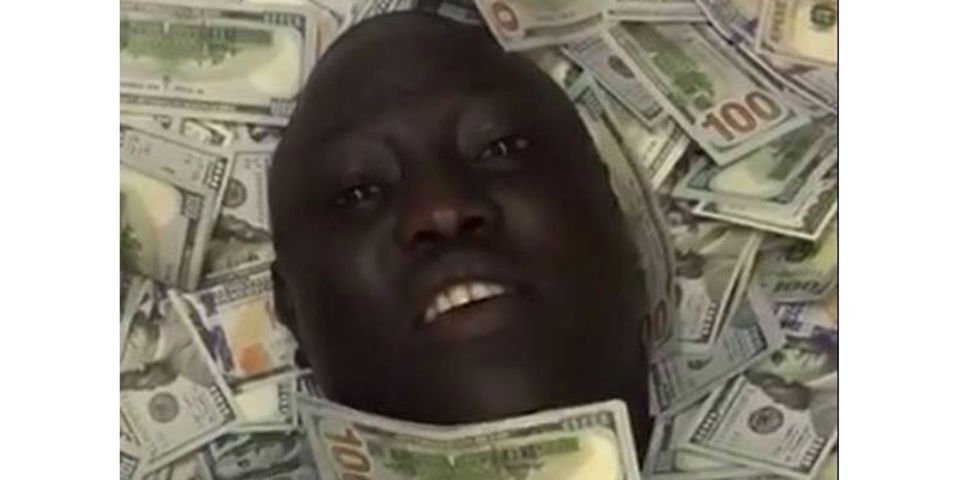 Unknown to him and many other people at that time, Uganda’s Internal Security Organisation, which provides security intelligence to President Yoweri Museveni, had already set its eyes on the socialite.

Apparently, as it would later be established in a Kampala court, Young Tycoon’s involvement in South Sudan’s dirty mineral deals also extended to running a fake gold scam that had spread its tentacles to the whole region, with a significant chunk of its operations being run from Nairobi.

Malong claims he can help businesspeople import goods into Africa cheaply and easily.

Sometime in 2018, Young Tycoon, Congolese national Mike Okitalunyi Lota and Ugandan James Byaruhanga approached South African businessman Wegnew purporting that they were in a position to sell him 150 kilos of gold.

Mr Wegnew agreed to purchase the gold at an agreed price of $23,000 per kilo. However, when he said he could only pay for one kilo, the sellers disagreed.

“When I paid them money for the kilogramme, they told me that the shipment was not possible for small amounts,” Mr Wegnew would later tell a Kampala court.

Mr Wegnew told the court that he was to make an initial payment of $23,000 for the gold, 5 per cent in tax and one per cent for insurance. He paid $30,000 in total for the first kilo of gold but the gang wanted more money, which he did not have. 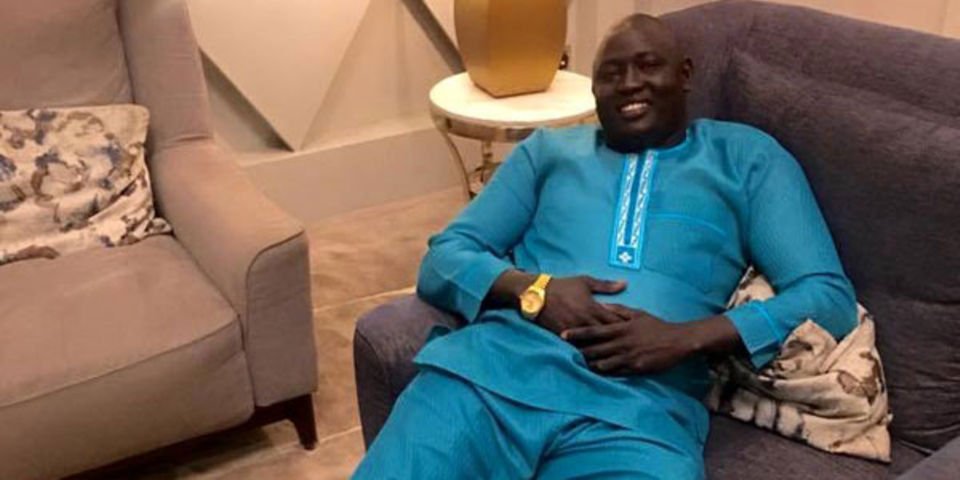 Young Tycoon, however, had a solution for this.

“We trust you, at least you pay the tax and take the gold, sell and pay us after,” he was quoted telling Mr Wegnew, according to the Nation’s Ugandan sister paper the Daily Monitor.

In the deal, Young Tycoon was a licensed gold trader who was also a son of a military general in South Sudan with connections to President Yoweri Museveni. Lota was a seller who had been commissioned by a rebel leader in the Democratic Republic of Congo who owned tonnes of the mineral that he wanted to sell in the black market.

And in order to make Mr Wegnew believe them, the gang took him to a house in Muyenga, Kampala, where they showed him 150 bars of gold. They even took one bar and melted it in Mr Wegnew’s presence.

Convinced that he was on the verge of landing on a good deal, Mr Wegnew flew to South Africa to seek money from financial institutions in order to pay for the gold. He came back with $200,000, which he promptly paid.

The next day the gang took the South African businessman to Entebbe airport to witness his 150 bars of gold being loaded onto a plane to Dubai. Lota came with the ‘gold’ that was in a box and asked Mr Wegnew to personally inspect it before it was loaded onto the plane.

The businessman confirmed that all the gold bars were intact and that the necessary paperwork he was shown was complete. He was then told to lock the box and take the keys with him. From there he boarded a flight to Dubai, where he was to reconnect with the gold.

On arrival in Dubai, Mr Wegnew went to Blue Sky Cargo to ask for his merchandise. He was told that there was no such gold arriving from Kampala and the tracking number he has been given did not exist. He immediately called Young Tycoon to enquire what had gone wrong.

He was informed that the gold had been flown to Nairobi and was being detained by the Kenya Revenue Authority (KRA) because the businessman had only paid half of the taxes required. In order to sort out the situation everyone involved in the deal was required to fly to Nairobi urgently. 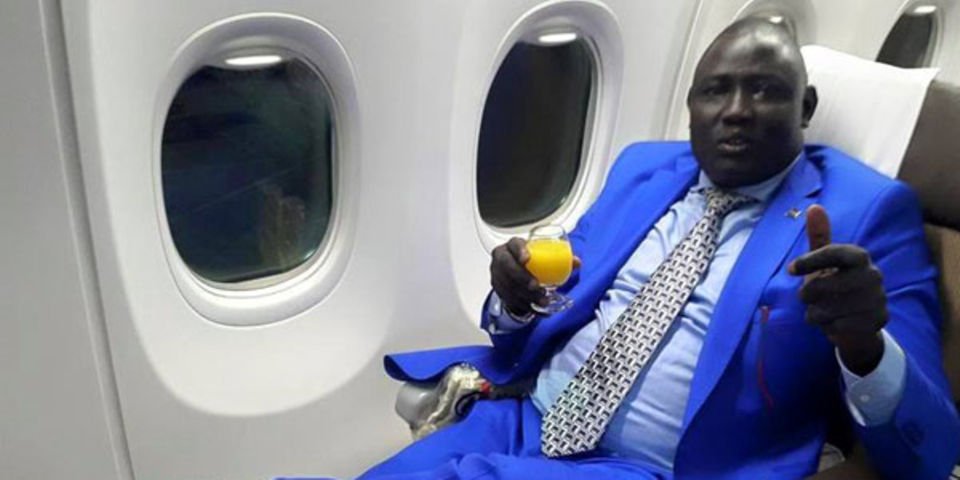 Once in Nairobi, Young Tycoon and his Kenyan associates introduced Mr Wegnew to a “Mr Owino”, who apparently worked at KRA. The meeting took place somewhere on Ngong Road.

“Malong told us that a chief Kenya revenue service officer was his brother,” Mr Wegnew would later tell the court how Young Tycoon managed to convince him about what he needed to do in order for his gold to be shipped from Nairobi to Dubai.

READ ALSO  Actress Wilbroda: Why I'm yet to get married

The new plan, Mr Owino said, was to generate paperwork that showed that the gold originated in Nairobi and not Kampala or the DRC because Kenya does not appear on the list of countries whose gold is blacklisted. In order to make this happen, Mr Wegnew was to pay a further $450,000 (Sh45 million) to an account belonging to Mr Owino.

Money started rolling in, and in dollars, some of it to accounts run by the syndicate in Uganda and others in Kenya. It is also at this time that Young Tycoon’s flamboyant lifestyle on social media surged like it was on steroids. If he wasn’t on a first-class plane, the then 30-year-old was meeting presidents or business magnates across the world.

By this time, Mr Wegnew had lost over $1 million (Sh107 million) before discovering he had been scammed. Then on November 14, 2018, Young Tycoon was reported missing from the Mirano Hotel in Kampala where he had checked in after flying from Nairobi.

“We don’t know who abducted him from the hotel. What we know is that Lual has no problem with the government of Uganda,” said one of his family members after filing a missing-person report at the Kabagala Police Station in Kampala.

As word went round that Young Tycoon had gone missing, reports started flying around that he may have been picked up from his hotel room by people in military fatigues. The Ugandan police denied that the socialite was in their custody, creating further confusion about what may have happened.

It was only after one week that Young Tycoon was presented in court and charged together with the gang for alleged fraud and obtaining money by false presence. High Court Judge Lawrence Gidudu denied the trio bail and they were promptly remanded at the Luzira Prison for the entire length of their trial.

On Monday the Anti-Corruption Court in Uganda sentenced Lual Malong Yor Jr to three years’ imprisonment for obtaining money by false pretence, two years for conspiracy to commit a felony and a year for creating false documents.

His co-accused, Mike Okitalunyi Lota and Gavana Thaddeus Zhikusoka, alias James Byaruhanga, each got five years. Their Kenyan accomplices are, however, still walking free in Nairobi and probably still conning more people by pretending they can sell gold to them.

How I make Sh90,000 a month selling vegetables