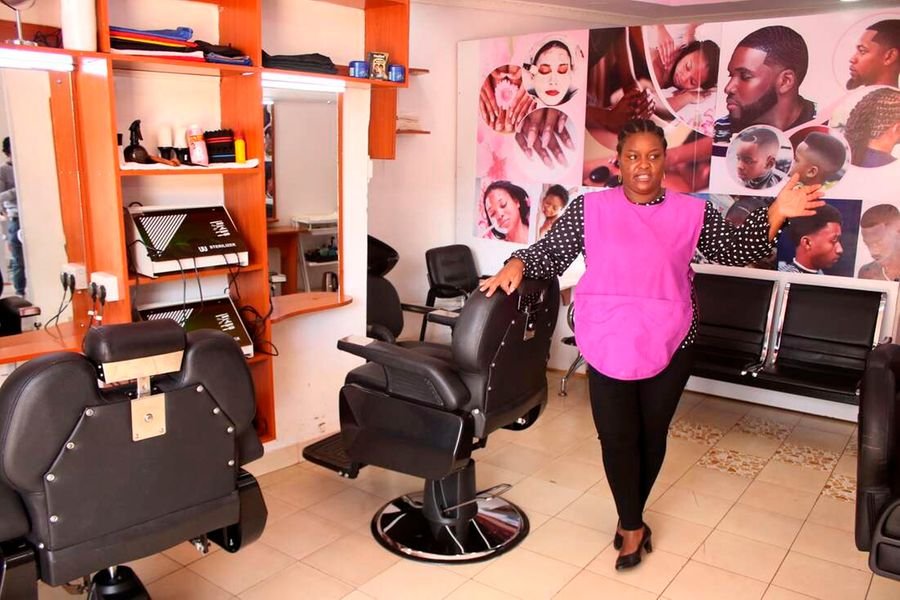 Women in business are among the most hit by the Covid-19 pandemic.

The Kenya Private Sector Alliance (Kepsa) is spearheading a Covid-19 Recovery and Resilience Program to help women-owned Micro Small and Medium Enterprises (MSMEs) surmount the effects of the pandemic.

The program offers MSMEs with interest free short-term loans ranging between Sh100,000 to Sh1.5 million without collateral and payable within six months.

To qualify, the businesseses should be Kepsa members, been in operation for at least six months and owned/led by women aged 18-70 or youth aged 18-35.

The businesses should also be experiencing operational challenges caused by Covid-19 and with not more than 50 employees, and an annual turnover of up to Sh5 million.

We speak to three women who have navigated the pandemic to stay afloat amid challenges.

The perennial traffic jam caused by the construction of the expressway in Nairobi offered Joyce Ng’ang’a, an opportunity to set up a thriving business.

This saw her thinking. Armed with some savings, the 39-year-old, decided to set up a salon in Kikuyu town. This is how Mavella Hair, Beauty Salon and Executive Barbershop was born in late 2019.

It started off in one room with four employees. A few months later, Covid-19 hit the country, bringing the business world to a near collapse.

Her business had to initially close down before the government issued a set of protocol and guidelines for salons, barber shops and eateries among other businesses.,

Ms Ng’ang’a, a public health specialist, seized the opportunity and re-opened the salon in May, while strictly adhering to the government protocols.

“I ensured the salon was frequently fumigated and that clients were frequently sanitised. We also introduced client bookings to regulate the numbers in the salon. This saw us record high client numbers,” she says.

As the client numbers rose gradually she took a Sh700,000 loan from her chama to expand the business.

From a single room at the inception, the salon now occupies three rooms and has 16 full time staff.

On a bad day, the salon, with a sitting capacity of 13 clients, records at least 15 customers. On weekends, the number rises to as many as 40. The barber shop records between 15 and 20 clients a day.

To keep her business afloat during pandemic period, Ms Ng’ang’a employed a social media strategist and marketer to make it more visible on Facebook and Instagram.

“I would say the aggressive marketing has paid off as more customers continue to throng my salon. I always feel humbled to know that I have at least 16 families depending on me, more so during this Covid period when many businesses continue to close due to the bad business environment,” she says.

The mother of two says her employees are her biggest asset; they offer excellent service that has enabled the business to stay afloat.

Ms Ng’ang’a adds that good customer service is key to a successful business, adding that she has a tool she uses to evaluate feedback from clients on their experience. This, she says, helps her improve on areas that might need to be addressed.

For Rachel Anekeaa designer/tailor at Sunbeam building on Mfangano Street, Nairobi, the pandemic has dealt her a major blow.

“With Covid-19, many events have been cancelled and people no longer make clothes for occasions like weddings, dowry among others,” she says.

Business, for the 44-year-old mother of one, has generally been smooth sailing for the twelve years she has been in business.

Ms Anekea, who currently has two employees, attributes her business survival to God as the situation has been difficult. To keep her venture going, she started making masks for organisations and for sale to the public.

“The making of masks has in a way, kept me going and helped in footing some of my bills. However, the business is dwindling by the day as many organisations stopped ordering for them because many companies ordered their employees to work from home,” she says.

To keep her business alive, Ms Anekea banks on advertising her job, which she does on her Facebook and Instagram pages. Referrals by her clients have also helped her stay in business during this difficult time.

“I always ensure I do a good job, which has gone a long way to market my job. This has really helped me to get referrals,” she says.

She urges the government to give women entrepreneurs grants to get them back on their feet, noting that it is unfortunate businesswomen of her calibre, have not received any help from since Covid-19 struck.

The hospitality industryhas experienced unprecedented drop, leading to closure of many hotels.

To one of the leading eatery proprietors in Nairobi, the pandemic is the worst thing that ever happened in her entire business life.

Njeri Muriithi Musembi who runs Aroma restaurant on Koinange Street, Nairobi, says that if the lockdown continues further, she may be forced to close the business down.

The 50-year-old says that for the ten years she has operated the restaurant, the business has always given her good returns until the pandemic struck.

When Covid-19 was confirmed in the country last year, they were forced to close down only to re-open in July, under strict protocols, which saw the eatery’s sitting capacity reduce from 90 to 25.

Her workforce has also went down from 18 to the current four, as hotels remain shut.

To stay in business, Ms Musembi says they do take-away and office deliveries, which is too little to keep the business going.

“The money we get is nothing compared to the overheads that include rent, electricity, water and salaries. There are hardly any customers and many people keep off town and office for fear of the pandemic. People also do not have money to spend,” she says.

The mother of two says she currently has three-month rent arrears. She is upset with the government for doing little to rescue entrepreneurs in the hospitality industry.

“Despite the announcement by the government of some money to help players in the hospitality industry get back on their feet, I have not been able to access any fund despite numerous trials. We are sinking down as the government watches. They need to give us interest-free loans so that we can bounce back in business,” she notes.

The March 26, lockdown imposed by President Uhuru Kenyatta, she adds, caught them unawares.

“Business had started picking up well between January and March and the announcement came as a shocker and a big blow to the industry. It took us back to square one. We really do not know if we will manage to get back on our feet unless we are bailed out,” she says.

In May last year, President Uhuru Kenyatta announced a Sh53.7 billion economic stimulus programme to cushion Kenyans against the effects of Covid-19.

Statistics on the 2016 Micro Small and Medium Enterprises in Kenya, shows 32.2 per cent of certified businesses are owned by women while 47.9 per cent are run by men. The survey also indicated that women own 60.7 per cent of unlicensed businesses.

Late last year, Central Bank of Kenya Governor Dr Patrick Njoroge revealed that about 75 per cent of Kenya’s SMEs faced collapse if they do not get fresh funds from banks or equity partners by the end of this month.

Dr Njoroge said the small businesses surveyed had indicated that without help, they would close by the end of June because they lacked credit buffers and other resources to survive the pandemic slowdown.

A study by the International Centre for Research on Women and Kenya Association of Manufacturers released in September last year, also found that raising start-up capital is among the biggest challenges for women entrepreneurs in Kenya’s key manufacturing sector.

The study found out that with banks requiring collateral that most of them do not have, it was difficult for many women to venture into the industry.

The government in the 2020/2021 Budget Statement by National Treasury Cabinet Secretary Ukur Yatani, spelt out fresh measures aimed at helping women in business get back on their feet. The CS set aside Sh3 billion for the Credit Guarantee Scheme, aimed at allowing women access affordable credit to MSMEs.

Treasury also re-engineered the Access to Government Procurement Opportunities (AGPO) portal to enable real-time registration and transparent monitoring of the implementation of the scheme.