How we shed off the kilos 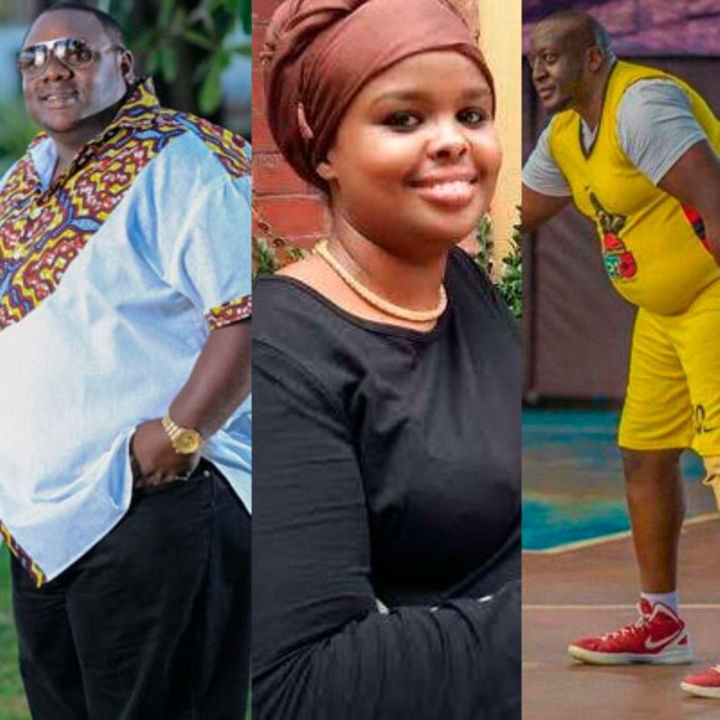 Growing up, Stewart Heri Aaron was always bigger than his peers. “I was born a big baby and weighed 4.8kgs at birth. All through my childhood and adulthood, I have never been small and I was nicknamed, ‘Big Poppa’ due to my big body,” narrates Stewart. As a young boy, Stewart was teased by the other children, which he found irritating. But deep down he told himself there was nothing he could do about his obesity and resolved to accept himself. “In hindsight, I admit I was living a lie. I could not join my brothers as they played football as I could only sit and watch,” he says.

Stewart took soda every morning and had an insatiable desire for junk food. “I was like a garbage truck. Anything would go in,” he confesses. I could not satisfy my tummy and every time was feeding time. Meanwhile, the kilos kept piling up and soon Stewart weighed a staggering 216kg, which was becoming a concern to those around him.

A doctor friend of his started cautioning him about his weight and told him it would soon jeopardise his health. “I had tried out everything I knew for weight loss; from dieting to hitting the gym in vain,” he says. Meanwhile his doctor friend gave him no peace and insisted he had to make a drastic lifestyle change as he was courting hypertension and diabetes.

“The doctor was so convinced my weight would eventually cause my body to cave in that he swore to quit his career if it didn’t happen,” says Stewart. 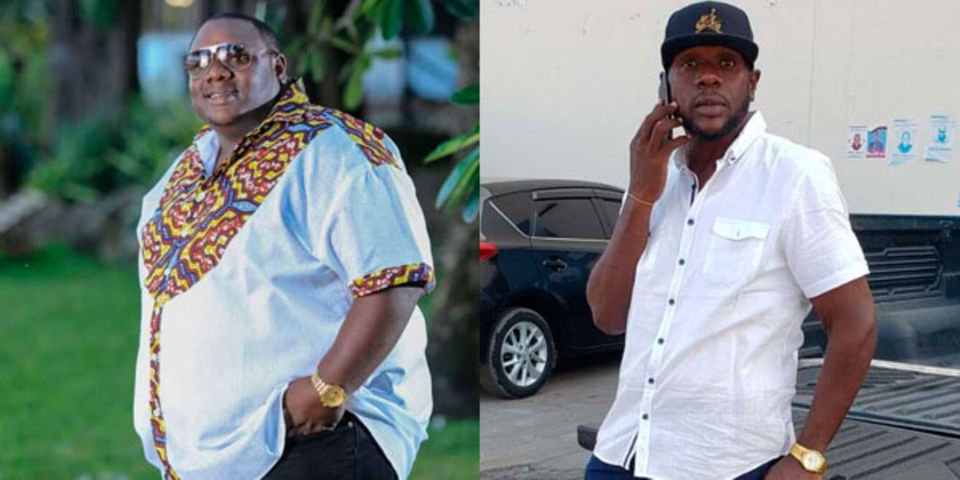 Around the same time, Stewart had a wound on his leg that took over an year to heal and this was when his doctor friend advised him to get checked for diabetes. Diagnosed with diabetes in his mid 30s, Stewart realised the doctor’s word was painfully coming to pass. And as if that was not bad enough, the daily headaches he had turned out to be as a result of hypertension.

At this point, he still had the wound on his left leg and developed another one on his right leg. The doctor told me both my legs would be amputated if I did not change my lifestyle. Fortunately I met Big Ted, a friend who had undergone bariatric surgery to cut weight. “I told myself that if this was going to save my life, I was going to do it. I embarked on a six-month research on the Internet on bariatric surgery. I opted for the mini gastric bypass procedure, which was done in India. Barely two months after the procedure, the wounds dried up and I’ve not used any insulin jabs, which I previously used on a daily basis.

At 42, and weighing 98kgs, Stewart is at his healthiest – he eats healthy food and goes to the gym every day. He narrates how he had prepared his wife and son for his imminent death as he was sure he would not live long. “I would recommend this procedure even in my sleep. It saved my life. The price might be steep to most people but life is more precious,” he concludes.

Zena Hassan, a caterer by profession, loved her food but as her weight increased; her health deteriorated. “I opted for bariatric surgery because of health reasons. I was a really big girl oscillating between 123kg and 130kg and I had become hypertensive, had hyperacidity and was suffering from sleep apnea — I slept with a breathing device called a continuous positive airway pressure,”explains Zena.

I tried dieting, exercise, injections and slimming pills, but they did not work for me as any weight I lost kept coming back. Meanwhile, I was in and out of the hospital and my house resembled a chemist due to the concoction of drugs I was on. My doctor told me I had reached my end and needed to do something urgently, she explains. That was the wake-up call Zena needed as she made up her mind in five days. At the hospital, she met children as young as 13 and much older people, which made her feel safe. “I was scared of dying but I consoled myself that I would die trying,” she says.

After undergoing the procedure, Zena lost 8kgs and by the time she left India, she had lost 15kgs and was back to work in two weeks. “I no longer had the urge to eat, and nowadays I get satisfied quicker,” she says. Zena eats healthy meals and her portion has greatly reduced. “I am more confident now,” Zena says.

“About a month and a half after the procedure, my cardiologist got me off my hypertension drugs as my blood pressure had stabilised. I also do not use my oxygen machine when sleeping. My feet also stopped swelling and the consistent headaches I had are gone.”

Standing at 6 4′,  Thomas Kwaka aka Big Ted towers above everyone else in the room. As he walks towards us, his gait is confident and he is sure of his step. But it has not always been like that. Big Ted struggled with weight issues that killed his self confidence. “At my heaviest I weighed 168kgx and this affected my self-esteem. I was the guy no one wanted to sit next to in a matatu or plane. Not to mention I always needed an extra safety belt in the plane. I added the word, ‘Big’ in front of my name to feel socially accepted,” he explains. During his early schooling, Big Ted was a lean tall child, but he started adding weight between Standard Eight and high school.

The Nairobi School alumnus says there were many activities he could not participate in while in high school because of being obese, and it started eating into his confidence. “Being the fat kid in the group started to pull me down socially. Your choice of dressing is limited. Besides, the girls wanted the nice chiselled boys, and I did not have the confidence to approach the most pretty girl in the group,” narrates Big Ted.

He tried all manner of diets, but nothing worked for him, and he resigned to his fate. I would eat two kilogrammes of meat alone, he adds. “I love dressing up but could not get anything my size. At my heaviest I wore a Size 68 suit, which was very humongous,” he says.

When Big Ted first heard of bariatric surgery, he was skeptical. “I did not believe in bariatric surgery as I had tried everything to lose weight; from running to starving myself. I flew to India without telling anyone what my intentions were other than my fiancée.

“At the hospital I met people who were twice my weight. The number of tests the hospital runs before the procedure also assured me and I was sold. I chose laparoscopy. The only question I asked the doctor before the procedure was if I was going to die. I was afraid of dying,” he narrates. Forty five minutes later Big Ted woke up thirsty with a tight feeling around his tummy. I was in hospital for about three days and by day five, I was on a flight back to Nairobi. What shocked me is that I could not eat the amount of food I ate before. Today I’m very cautious of what I eat and have adapted to a healthy lifestyle. I also play basketball once a week.

“My proudest moment was when I walked into my designer’s shop and fitted in a Size 56 suit! The feeling of social acceptance is undeniably a good feeling. My life has taken a different trajectory and socially I get noticed not as the big oversized guy but the tall, dark and handsome kind of guy. We cannot deny that society puts us in a box and I was finally out of that cage,” he says with tangible excitement. “After a long time of people looking down on you and you’re also looking down on yourself, the feel-good feeling can get to your mind. It changes how you value yourself, as your confidence grows and you are able to do some crazy things. So I have to strike a healthy balance between humility and being consumed with pride,” he says.

As we dig into our lunch, I notice that Khadija does not eat much and I end up eating most of the food we had ordered. However, this was not always the case. “Before I went for my bariatric surgery, I would eat for two and two hours later I would still be hungry,” she confesses. Khadija remembers she was a big girl even in her teens.

“The women from mum’s side are big-bodied.” When Khadija got married at 20, she weighed 100kgs. She had resorted to stress-eating and the dependency on food was fuelled by endometriosis, a disease that dogged her life.

“I wanted to escape from all the anguish I was going through but felt there was nowhere I could go. My hormones were imbalanced and food was my comfort,” explains Khadija. Endometriosis made it difficult for Khadija to conceive despite trying IVF, which drained her further, causing her to seek solace in food.

By the time she got to her late 20s, Khadija’s weight had shot up to 140kgs. “Due to my big body, I kept attracting older men, which bothered me even though my nine-year-old marriage had already ended by then. I also could not get clothes in my size and had to have them tailored,” she narrates.

The divorce weighed heavily on her as she was ostracised by close friends and community. But fortunately her family stood by her. I remember my mum telling me in jest that I could not be fat and divorced. ‘You have to choose a struggle’, she narrated as we both laughed. “Today I’m at peace and don’t need a crowd like before.

I’m comfortable alone. My health has greatly improved and the painful cramps that were caused by endometriosis are no longer there. I dropped from jeans size 28 to 14 and I currently weigh 83kgs, which I am comfortable with. My BMI also dropped to 27 from 52. And unlike before when I would always wake up tired and suffer from sleep apnea, I am fine now and my energy levels have improved.”