How we survived deep vein thrombosis 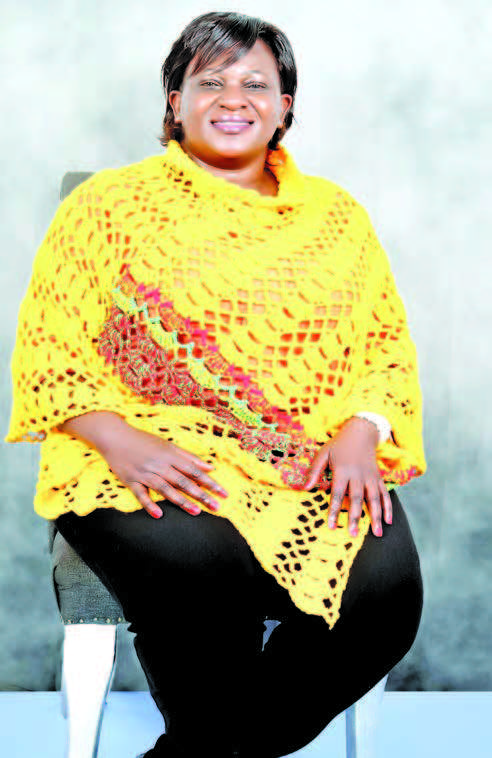 When Josephine Mirembe Nkuubi was in her 30s, her late mother had noticed varicose veins in her legs. She talked to her about related risks that she would most likely encounter during her lifetime.

So, on July 25, 2014, when the doctor broke the news that she had deep vein thrombosis (DVT), it didn’t come as a surprise to the 48-year-old media, communication and film specialist.

“Putting in mind the symptoms I had, the doctor was convinced I had DVT and probably fibroids. He recommended several tests to confirm his suspicion. The tests came out positive,” says Josephine who is also vice chairlady of International Association of Women in Radio and Television-Kenya Chapter. The doctors suspected that fibroids might have been suppressing a nerve on her left leg and, therefore, may have contributed to DVT In 2007, Josephine broke a bone on her left leg and a plaster was put around it. She believes the plaster caused constriction in her blood vessels by suppressing the varicose veins. “This may have caused some permanent damage to my veins, which set good ground for DVT,” she explains.

A blood test she took in 2009 indicated tendency towards clotting.

She experienced symptoms, such as headaches in the morning, aneamia, difficulty breathing and walking, swollen legs, reddish and warm thigh skin and fatigue. “For every three steps I took, I had to stop because it was a struggle to breathe. I was very weak and could not stand for more than five minutes,” she says.

After the diagnosis, the doctor informed her that she had to be admitted and that she needed a family member present since she was all alone and on a wheelchair. Her younger brother, James, joined her. She was transferred from MP Shah Hospital to Aga Khan Hospital, which had a partnership with her insurance company.

be put on Warfarin and be admitted for some days after which I would go for check up every three days. The second option was to consider a stronger drug, Xarelto, and stay home, but visit the doctor once a month. I preferred the second option despite fears I was in a very delicate state. Luckily enough, my family agreed to this decision. I was put on total bed rest. For the hospital visits, I was assigned a gynaecologist and a cardiologist to take care of me during my ailment,” she says.

Warfarin and Xarelto are oral anti-coagulant that keeps blood flowing smoothly and decrease clotting proteins in the blood.

The gynaecologist was to assess the DVT treatment in preparation for the surgery to remove fibroids and the cardiologist to monitor Josephine’s heart because of her difficulty in breathing and low oxygen.

Just like Josephine, Sylvia Maleche also suffers from DVT. The teacher at an international school in Tanzania says it all started after an operation to remove fibroids.

“I underwent surgery in April 2012 at St Mary’s Hospital, Lang’ata and in the same year, I started experiencing swellings in my legs, especially the right one. They became too big such that I could no longer wear my normal trousers. I also experienced breathing problems,” she explains.

When she visited the doctor, after undergoing a scan, it was established that she had a clot in the inside top part of her thigh. Immediately, she was admitted and put on injections for a week. The doctor also put her on Warfarin for six months.

Dr Mzee Ngunga, an Interventional Cardiologist and Head Cardiac Care Unit at Aga Khan University Hospital says the veins in the legs are usually categorised as deep (close to the bone) or superficial veins. The veins most responsible for the flow of blood to the heart are the deep veins.

“When a clot forms in the deep veins, blood flow is obstructed and the leg gets painful, red and swollen. These veins have a straight route to the heart and the clots can migrate to the heart and the lungs and cause pulmonary embolism, which is a serious condition. Clots rarely form on superficial veins, but when this happens, it is called thrombophlebitis. Clots on superficial veins do not migrate to the heart,” explains the Cardiology Fellowship Training Director.

After six months, Maleche stopped taking medication and the clot recurred, but this time not in the leg. It had moved up her body and was headed to the heart. “I had to be admitted a second time and put on the same treatment. After a week I was discharged and put on Warfarin for a second time. After every six months, I used to undergo a blood check just to know how I was progressing. Since then to August last year, I have been on Warfarin,” she says, adding that she is currently doing well, but experiences veins protruding on her legs.

“When I frequently exercise, the veins disappear. At the moment I can’t complain of any discomfort since I go about my daily activities without difficulties,’ says Maleche.

According to Dr Ngunga, clots occur when three conditions are met: sluggish flow to blood, damage to the surface of the blood vessel and factors in the blood that increase the likelihood of clotting.

“Clots are quite common. In the USA, venous thrombosis (DVT and pulmonary embolism) occurs in 70 to 100 per 100,000 persons per year. This data is not available in Kenya, but hospital studies indicate they are quite common in medical patients, surgical patients and women in the peripartum period,” he says.

Others include people with prior DVT, those with family history of DVT and those with genetic disorders that cause blood to clot easily. Oral contraceptive pills and hormone replacement therapy may also increase the risk of DVT.

“Deep venous thrombosis commonly presents with pain on the calf, followed by swelling of the calf and eventually the entire leg. Once DVT develops, immediate diagnosis is the first step. Treatment with blood thinners should start immediately. Commonly high-risk patients are put on reduced activity for a few days. Once pain is controlled, early mobilisation is the rule. After approximately two weeks of therapy, patients can begin mild exercise and can resume full activity and exercise in a month or so,” he says, adding that blood thinners may be given intravenously, subcutaneously (under the skin) or orally. “In the acute or immediate phases, the intravenous and the subcutaneous treatments are preferred. The duration of treatment depends on the extent of DVT and risk factors related to its occurrence. Generally, it ranges from six weeks to six months. Sometimes extended treatment for a year may be recommended. If the risk factors include blood clotting problems or if the DVT is recurrent without a clear cause then lifelong treatment is recommended,” Dr Ngunga says.

For Josephine, the journey in seeking treatment was not been easy and came with other complications. “The drugs and doctor’s consultation fees were expensive. I exhausted my medical insurance and had to use family funds to cater for my treatment. At one point Xarelto drugs were not available. My elder brother had to collaborate with several pharmacies in town to ensure I could get my drugs in time. I took the drugs for about eight months,” she says.

She experienced acne breakout on her face for the first time ever. “I researched on how to deal with this new skin problem and eventually resolved it on my own, cutting down costs to a skin care doctor. I also took the personal initiative to learn more about my ailment from the Internet. My biggest lesson is that medical insurance ends at some point of service and you have to be your own insurance when you are home managing your ailment,” she adds.

Has she recovered from the condition? Yes and no. “No because I still have to take aspirin since its useful in thinning of blood and I am still at risk because my leg still swells. Yes, because I no longer experience most symptoms I experienced before,” she says.

“I have resorted to taking more fruits to aid blood thinning and management of anaemia. I also avoid sitting for long hours. This means even when in a meeting, I will walk out for a while, or stand up or swing my legs while seated. At home, I engage in mild exercises too and elevate my legs for about 20 minutes every evening. I have to avoid accidents. such as cuts because incase it happens, I will bleed profusely. It has not been easy, but I believe I am getting back to being myself,” she says