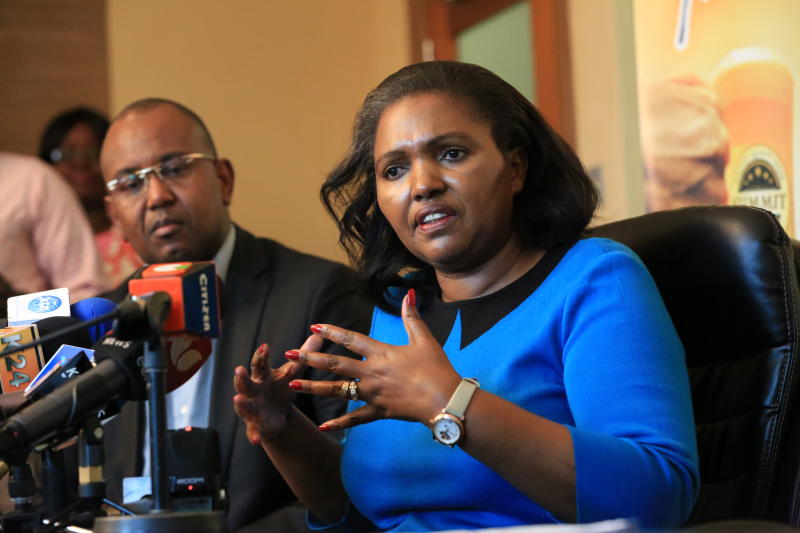 The Kenya Revenue Authority has decided to close Keroche Breweries due to  Sh332 million tax arrears, which will result in the loss of tens of livelihoods.

The closure comes despite the fact that the Naivasha-based distiller had requested a grace period from the taxman to satisfy the tax debt, claiming that the Covid-19 outbreak had negatively impacted its income flows.

Tabitha Karanja, the Chief Executive Officer, has petitioned President Uhuru Kenyatta to intercede, claiming that attempts to meet with the KRA Commissioner General have failed.

“We are sure that this issue can be sorted amicably as we are ready to pay the required taxes if KRA opens up our brewery,” Karanja said.

The brewery has been embroiled in a long-running tax dispute with KRA, which has forced the brewer to shut down in many instances.

Karanja, who spoke to journalists on Friday surrounded by employees, pledged to keep going, saying that the company was paying over Sh200 million to the exchequer monthly, at its peak.

She said Sh332 worth of tax arrears had accumulated since February 2021, when the firm reached an agreement with KRA on how to recover it, causing the current problem.

“However in December 2021, KRA closed the factory and further issued agency notices to 36 banks and we could not produce or access any finances to assist in settling the arrears,” Karanja said.

“Efforts to renegotiate a deal with the KRA Commissioner-Domestic Taxes Department and get revenue stamps had been unsuccessful.”

READ ALSO  ‘I lost Sh900,000 to cons who spiked my drink’
Related Topics:Keroche BreweriesKRANewsTabitha Karanja
Up Next