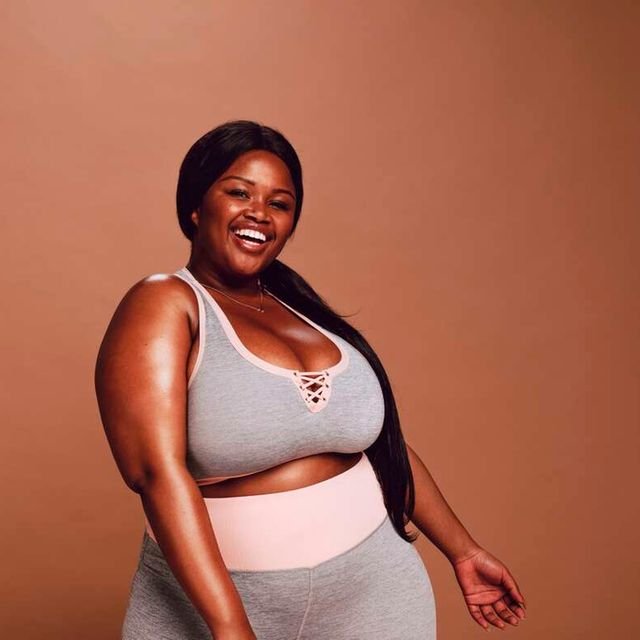 As a child, I was convinced my body wasn’t programmed to be chubby. Though my mother was a dexterous cook and I gobbled each meal mercilessly, as luck would have it, I consistently found myself, well, slim. I maintained this inner resolution until about a few months ago when I found myself at a local kiosk purchasing three packs of spaghetti noodles. An acquaintance I hadn’t seen in almost a year showed up and he suddenly proceeded to clamorously announce, “the heavy-set look is a bomb on you, I like it!”lightly pinching my left arm while at it. A revelation I had no choice but to respond with nervous giggling followed by a swift adieu.

Women are getting fatter

Over the next months, I painstakingly maneuvered the path of denial as my weight continued to balloon, seemingly out of control. The reality struck. I was 25, and overweight.

“Driven by taste, convenience, and affordability, nutritionists say the number of overweight and women with clogging blood vessels in Nairobi is worrying,” warned an online article in one of the dailies.

The truth is many of my generation’s women are grappling with growing waistlines.

Data from the Centers for Disease Control and Prevention dubbed Prevalence and Predictors of overweight and Obesity Among Kenyan Women done in 2018 revealed that 38 percent of women aged 15-35 were either overweight or obese; in short, one in every three women among the youth is grossly unhealthy –a sharp contrast to the men at 5.6 percent.

These statistics show that weight gain is today not just a personal predicament, it is a disease spread far into Kenya’s crevices, settled into millennial babes’ spaces.

When the craving strikes

Dianah Amenya, a 21-year-old woman on a weight-loss journey hypothesised that fast food delivery services compounded her newfound troubles with gaining weight after completing high school “I was at a healthy body weight then. After, I found myself idling at home and started ordering junk food on an extremely regular basis. Soon, I began getting chubbier and chubbier and by the time I opted for a healthier diet, it was already too late.”

According to a report by the Kenya Food Index 2020, office and home food deliveries in Nairobi grew by 25 per cent following Covid-19 related restrictions placed earlier in the year. The research done in Langata Nairobi noted an increase in orders for chicken, Pizza, burgers, roast meat, and bhajias among other treats.

With the ability to order food instantly, many of us do not take the time to consider the caloric cost. Craving cheesy pasta and a strawberry milkshake? A short moment later, another order is in your digital shopping cart. “Who’s counting calories whilst facing HD images of sizzling Pizza Inn Terrific Tuesday BOGOF, on their phone with only a 50 bob delivery tag?” a friend in her early 20s, and battling weight gain poses.

READ ALSO  Prime location plots for sale: Grab yours before the prices go up

Dianah sighs helpless, “I can’t help it now. It’s too delicious, I don’t know how I will stop, but I’m trying to.”

As health experts say, junk cravings have a major cost to young women’s health. Lifestyle diseases like diabetes, hypertension, and heart diseases are on the rise, while infertility among reproductive-aged women is growing, as a result of obesity.

Back to the beginning

Decades ago eating fast food was often a special treat, an occasional event, even. Fast food was rare, and healthy home meals were the norm. But this also set a mindset among the children that fast food was to be revered, and the traditional foods were of less status.

“We found that consuming fast food is a display of social status. It means identifying with Western culture and with modern ways of life,” says a 2021 research, From the Kitchen to Fast Food Restaurants, by Common Ground Research Networks.

Try to picture the last time you entered a fast food joint, remember the crowd? I bet the majority were aged between 18-34, and perhaps there were also children with their millennial parents.

The obesity spread rate in Kenya is also attributed to our raised incomes. Urban populations make up 39.8 percent of the overweight as compared to the rural counterparts at 15.8 percent. The National Library of Medicine Study on Obesity and Regional Fat Distribution in Kenyan Populations: Impact of Ethnicity and Urbanization, says middle-class homesteads are most affected.

Dianah tells me that obesity is a cancer that is localised in the economically empowered group, “Well, someone who earns, say, Sh10,000 is not going to buy a Sh1,000 bob pizza every two or three days, are they?”

Still, this is not entirely the truth. Walk to any slum and you will notice those selling chips, smokies, fried chicken and other fast foods are doing a booming business.

The rate of female obesity in slum areas stands at 32.2 percent, according to the 2018 Obesity and economic status: what we found in Kenya’s Slums research.

Obesity is mainly viewed as a problem for the rich— a modern Kenya teeming with American-style malls, fast food outlets like KFC’s, and luxuries like air-conditioned cars and shoe-shops— that have dramatically changed the lifestyles and health of families with money to spare.

The study proved that increased automation, better transportation, and fair standards of living, all readily available in Kenyan slums resulting in less active lifestyles and access to cheap processed foods.

In short; the young lady working as a hairstylist at the local salon and eats chips mwitu thrice every day has no fighting chance against high blood pressure or diabetes.

Today, obesity exists in the same space as malnutrition.

In Kenya, access to healthy food such as cereals, whole grains, and other staples ‘ushago’ foods has been enhanced. But this also exists with the ‘high-end’ americanesque fast foods. For a young female, the choice of madodo or ndengu and rice vs chips and chicken is anyone’s guess.

Then there is the lifestyle. Most modern well-to-do young women (and men) lead a sedentary lifestyle, sit in jobs for hours then take Uber or drive home after surviving on fast foods and going to order in more indoors. Weekends are a reserve for more pizza and nyama choma as they sip their favourite drink and do live chats with their friends.

Dianah nods, “After working the whole day seated, you just want to get home, order cheesy pasta and rest on the couch.”

The genes have it

As women, we have inherited special genetic makeup from our female ancestors who were gatherers and home-makers. Then, they ate diets rich in low-fat meats and grains and their bodies were genetically modified through adaptation to store fats and nutrients to be used as fuel to survive periods of famine, and when weaning. We carry their genes as we store excessive fat when food is in abundance, the only problem being, we excessively munch on high-fat diets, with little or no exercise.

Today, we are actively participating in a culture of big-tent beauty. Fashion houses have adjusted their dress sizes so that no one is left out. After all, we are in an era of body positivity, which as an ideal, is a thing to be celebrated and embraced. But is the big-is-beautiful push coming at the expense of our health?

Petty Okwany, a 25-year-old self-assured plus-sized woman does not think so.

“I have been a confident big girl since childhood. I’m very happy that big girls are loving themselves and getting the love from society as well, having their time in the spotlight, you know? Big girls are winning and everybody knows it,” she chuckles.

The ‘ideal body shape’ trope is now stronger than ever, and its impact on billions of impressionable social media users (a majority of them being younger individuals) is grander. A decade after Instagram was launched, the crown for most desirable read Instagrammable body type has squarely fallen onto Thick. The trends on Twitter in the style of #weightgainchallenge threads create a new cluster of standards to achieve.

While Okwany remarks that these trends are silly and we are all beautiful in different ways, there is a danger of equating our physical desirability with humanity.

“Let’s admit it; for young women in Kenya to be perceived as unattractive is be in a word feel ‘worthless.’ To be welcomed into the cultural conversation as a relevant audience one has to put their body at risk even if that means piling in the kilos, and courting chronic illness,” says Okwany.

Okwany also feels that “We give lip service to the notion that it is inner beauty that matters when in real sense it is the 45-inch size hips and D-cup breasts that carry the real social currency. As a society, we need to be accountable to this.”

The news that those in my age bracket have a weight problem is uncomfortable and difficult to digest, especially when it comes to the host of health woes we are bound to encounter.

Dr. Eric Njenga, a consulting endocrinologist at the Aga Khan University Hospital says that while health practitioners understand that being overweight comes with some mental challenges and thus support all campaigns aimed at self-love, women need to also think about weight-related health challenges.

“The health threats remain the same. Obesity is one of the top causes of infertility in women and causes other diseases like diabetes, high blood pressure, as well as osteoarthritis which is a rising concern,” the doctor says.

Kenyan health experts say that they are alarmed by the continued rise in the podgy trend among young females and the fact that efforts to educate people about the seriousness of the situation do not seem to be working.

According to Dr. Njenga, “A 30-minutes aerobic exercise and resistance training five times a week, a low carb/low sugar diet and minding your portions” should be adequate.