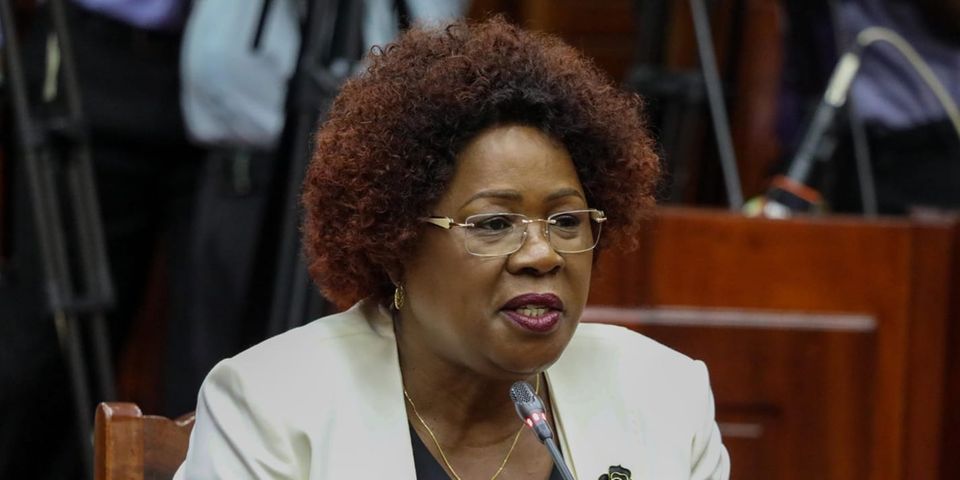 Alice Wahome, a Kandara MP who has been put on the spot due to her purported temperament.

This was when she was being vetted by the National Assembly’s Committee on Appointments for the position of Cabinet Secretary for Water and Sanitation.

“Case in point is October 27, 2018 where you were captured roughing up an IEBC official. From where you sit, how would you take this act considering the Constitution provides that authority assigned to a state officer mentions respect for the people…and honour and dignity to the office?”

She however said the incident was regrettable

“We had a tussle (with the IEBC official). The background of that was votes given wrongly. We had a returning officer who did not want to answer. I’m sure we both regret it,” she said.

She added:  “It could have been handled better.”

She also noted that no charges were levelled against her.

“I have not been found guilty of any alleged assault. That matter was investigated and no return was made on any charges.”

She added: “I am not a young person , I have the advantage of working for the last forty years, and have been a politician for 20 years .I have not been involved in any other altercation than the one with the returning officer. I am not a violent person.”