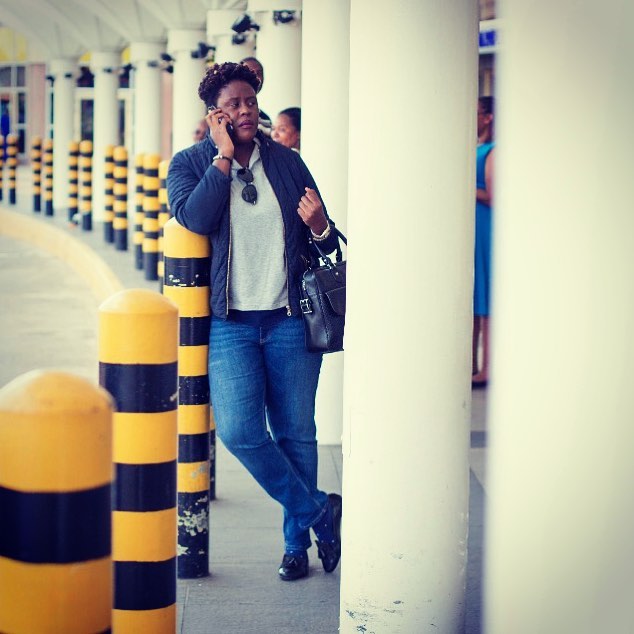 Mercy Atis is popularly known for her ‘I don’t give a damn’ song, she has narrated about her life in an American prison and her conversation with Winnie Odinga.

Mercy initially went to the United States to further her studies, however, due to lack of school fees she dropped out of school and working in a nursing facility.

One day mercy came back from work only to find his friends watching her father’s funeral film and laughing at it.

“I Came and found my roommates watching my dad’s funeral and laughing. I was so furious with them that I ordered them to get out. They refused and closed their door with a bang. I bought fuel and poured it on the carpet and when they realized it, they came out running and called the police. I was arrested and charged with attempted murder,” Mercy.

On her my first day in the court, she was found mentally unstable by the judge and so she had to undergo medical attention for the psychiatrist for a period of 18 months.

“When I was arrested, I called the Kenyan embassy but they always told me to call them the next day. Somehow I managed to contact Winnie Odinga the daughter to the former prime minister Raila Odinga. Winnie promised me that she was going to get me a good lawyer for me because the one I had wasn’t even helping me.”

However, darkness stroked before she could even receive the services of her new Lawyer as she was charged with being mentally Unstable to stand in court.

“The judge charged me with being mentally unstable. I stayed behind the bars for 18 months. After that, I was jailed for 5 years even though I knew I wasn’t a criminal.”