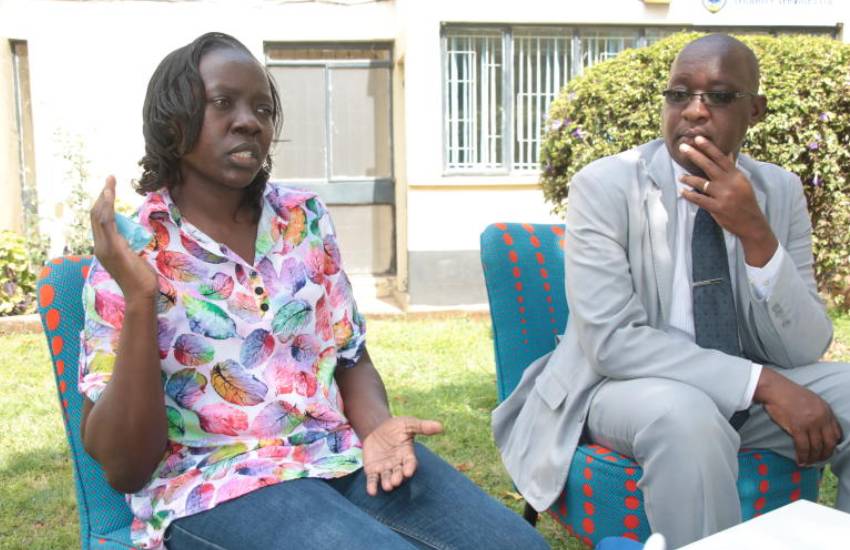 Men suffer untold anguish when their wives miscarry, or when an infant dies, losses that are too often overlooked.

David Wanjala and his wife Elizabeth were expecting a baby. They, therefore, began planning for the new addition to the family; figuring out a name, preparing a baby room, and buying clothes.

Whenever Elizabeth felt the baby kicks, Wanjala would hold his ear to her bellybutton.

But psychological anguish was to follow when the baby never arrived after all that preparations.

Indeed, the loss of a baby during pregnancy, at birth, or months after birth is a heart-wrenching experience.

In most cases, the support system focuses on the mother for obvious reasons. Fathers are often forgotten in the mourning that ensues.

My Health caught up with the Wanjalas at Still A Mum office in Nairobi, where parents who have lost children get counseling.

Both have gone through separation, almost giving up on their marriage, to losing a pregnancy.

One Saturday morning in June 2019, Elizabeth noticed she was spotting, a very light vaginal bleeding during pregnancy or between periods.

“I had fears of losing the pregnancy since I had fibroids and my first pregnancy was also a challenge,” she recalls. “I remember during my first pregnancy when I was four months in, the doctor told me to pray hard because chances of losing it were so high. I have never been that scared, but luckily I gave birth and my son is four years now. So when the spotting happened, deep down we knew we were losing the baby, but we hoped for the best.”

The spotting was, however, followed by severe cramps. A doctor then confirmed their worst fears: Baby had no heartbeat.

“It was too painful. I was broken. My baby was gone. I was looking forward to breastfeeding him. We had named him Michael. My Michael was gone. I cried a lot. It is an emotion I can’t explain,” she says.

Due to financial constraints, they had a difficult time getting a hospital where they would get the uterus cleaned, a procedure known as Dilation and curettage (D&C). Elizabeth walked with a dead fetus in her womb for three days.

“It was hard for my wife, because she had to carry a dead fetus for three days as we were trying to find a place to get her cleaned. I had to postpone my grief and take care of her because I felt like I caused her the pain. I was in so much pain that I felt my heart was numb,” recalls Wanjala, wiping tears lingering under his spectacles.

They finally got a hospital where the procedure caused Wanjala a different kind of trauma.

“When they finally got our Michael out of her uterus, they dropped his body in a bucket. The way they handled the situation really broke me. They should have done it in a dignified way, not just throwing him like trash. That was our baby, our Michael. We had shopped and even thought of preparing a room for him,” he offers as a teary Elizabeth bends to pick a handkerchief from her bag.

Wanjala had plans for their Michael.

“I expected to have a baby in the house, but we went home with no child. The only thing we are left with is an ultrasound. No baby, no first picture, no painting,” says Wanjala. “It’s like he was erased. The only memory I have is of him in a bucket.”

He also recalls a mistake that almost cost his wife her life.

“Before the surgery, we went to a restaurant and ate. She was sedated and the food went up her wind wipe. She could have choked. So the moment I remembered that I rushed and told the doctor who had to medically suck the food out through her mouth since she was already sedated.”

Elizabeth started grief counseling after a few weeks and though her husband had to be the strong one, “it was killing me inside. I cried in the bathroom, I cried while walking on the streets. It was like a hole was dug in my heart. In such a situation, people don’t think men feel the pain because we did not carry the pregnancy, but we do. ”

The loss affected them physically, emotionally, and their love life took a hit as well.

“The intimacy part was also affected. I was scared of getting her pregnant then seeing her go through the pain again. We had separated and when we got back together and she got pregnant, we thought the baby was going to seal the relationship,” says Wanjala, as Elizabeth nods.

“I don’t think I am ready to have another child,” Elizabeth says. “Maybe when I heal, we will try.”

Wanjala reckons that hospitals need to have therapists to guide women during and after pregnancies.”

Dr Diana Jepkosgei, a psychologist at Still A Mum, says that since time immemorial, during grief, men step up to protect the family and forget about themselves.

“Most men deal with grief by keeping themselves busy. They will be in charge of the funeral arrangements, hosting guests, and all the preparations. They keep postponing their grief until they can’t take it anymore, which is very dangerous. They need to seek help as early as possible.”