'I didn't know I was six months pregnant' 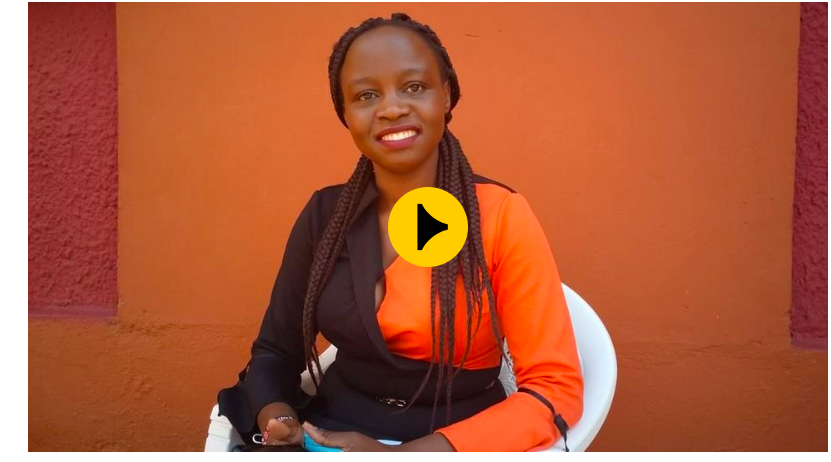 When Viola Daisy, then 22, delivered her son in 2018, her only focus was her baby and healing her wound from the cesarean section (CS) operation she had undergone.

Unfortunately, the wound got an infection, and she was admitted to the hospital for three months.

“I went back to the hospital and went through a second operation and some serious ‘womb washing’,” Daisy opens up.

When she left the hospital, her womb was very weak because of the second operation she had undergone to clean it, so another pregnancy was out of the question.

Eight months later Daisy started experiencing painful periods, with the bleeding worsening one morning. She decided to go for a checkup after friends and neighbours pointed out that she was growing thin and pale.

“I woke up one Saturday morning and went to the hospital and told my doctor my periods were painful and the bleeding was just too much,” she says.

“I laid down on the examination table and waited for him to tell me what the issue was only for the doctor to urgently call for a nurse. He informed her that I was pregnant and the child was coming out. I was shocked. I thought I was hallucinating or the doctor was high on something,” she says.

“At that time my son was only 10 months old and I had never experienced any sign of pregnancy. I have never felt the baby kicking yet here I was at the hospital hearing that I was pregnant,” she adds.

Daisy passed out and when she woke up, the doctor told her she had developed a condition called placenta previa, which was now in stage 4.

Placenta Previa, or low-lying placenta, occurs when the placenta covers part or all of the cervix during the last months of pregnancy. This condition can cause severe bleeding before or during labour.

After the doctor’s explanation, she called her husband and informed him of the pregnancy.

Daisy was required to undergo a scan to examine the condition of the baby.

“The scan revealed the pregnancy was six months and I had a cryptic pregnancy,” she says.

Further, women with a cryptic pregnancy do not experience typical symptoms such as nausea, missed periods and abdominal swelling. Some women receive their periods during this time, which was Daisy’s situation.

When you have a cryptic pregnancy, blood and urine tests turn out negative and the pregnancy can be carried for a whole year. The longest it can last.

“I had just come from the hospital where I had stayed for close to three months after going through CS for my firstborn. My womb was very weak and could not carry a child. Two months later, when the boy was only five months old, I got pregnant and I was not aware of it,” says Daisy.

Suffering from placenta previa meant her unborn child could not get food or oxygen.

The doctor told Daisy they were not sure the child would make it as she had been starved of food and oxygen due to the mother’s condition. She had to be taken to the theatre to save her life.

Daisy says she slipped into a coma while in theatre and after the operation she was moved to the intensive care unit (ICU).

“During this time, my blood pressure was also so low and my blood count was 7.5l while a pregnant woman who is ready to deliver should be having 12l and above – this was the biggest worry for the doctors. They were not sure I was going to make it out of theatre alive. That’s why I slipped into a coma and was taken to ICU after the operation,” she says.

Luckily, after she woke up from the six-hour coma, she found out her daughter had lived.

“She was born prematurely at six months, weighing 2.1kg. She has some chest problems that I pray and hope will end with time,” says the mother.

According to Denial of Pregnancy, a paper published in Journal of the Royal Society of Medicine, there is no research to indicate whether certain people are more prone to cryptic pregnancies than others, or if there are factors that increase your risk of having a cryptic pregnancy.

A 2007 study published in Medical Hypotheses noted it is common for cryptic pregnancy babies to be underweight, which may also lead to less abdominal growth during pregnancy.

In most cases, if not all, a normal gestation is detected in the first five to 12 weeks after conception. It is after one misses a few periods and takes a home pregnancy test that reads positive. Other signs of the prenatal period may include mood swings, swollen breasts, and nausea. They occur during the early stages of the pregnancy, which is also known as the first trimester. These will be further accompanied by follow-up urine tests, an ultrasound, and a blood test which usually confirm the gestation symptoms.

However, there is no chain of events to enlighten one of the possibilities of pregnancy. Furthermore, even irregular periods at a later stage of gestation may not be experienced or dismissed as another health condition. Also, missing some of the periods and taking pregnancy tests, that turn out negative, will eventually lead to you disregarding any other sign of pregnancy.

Roselyn Akombe returns to Kenya ahead of 2022 general election