I found solace in tree planting after quitting the bottle 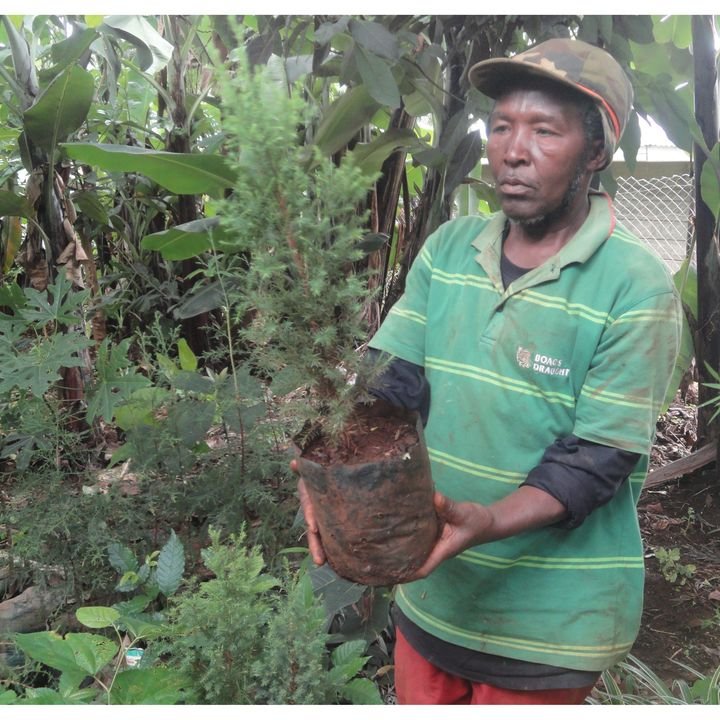 A news item in the morning by a reporter from a Gikuyu radio station had indicated that a group of people were seen planting trees between spaces Tom had planted over the years.

Some hawkeyed area residents got suspicious and called Tom to find out whether he was aware of what was going on. He said no.

The angry residents were planning a major demonstration but Tom appealed to them not to do it. They knew he has been planting trees alone without any support from individuals or organisations.

If there was a need, it was only courteous to consult Tom, who has been planting trees since 1994 and knew the right trees to plant and where.

Someone had called a reporter from the radio station to find out what was happening and why Tom commanded so much influence in the area.

That is how the power of the media propelled Tom to new heights he hardly dreamed of. After the news item, he received many calls from friends who live in different parts of the country.

The first thing you notice when you enter Tom’s compound in Banana is a thick forest-like area where old and young trees are so meticulously arranged you would think you are in a different world of cool and full of fresh air.

This is the area for the tree nursery he has developed over the years comprising thousands of different species of trees from far and wide, fruits and flowers. Some bananas add value and beauty to the large tree nursery.

“Welcome to our home and tree nursery,” says Tom as he takes us around. With me is Joseph Kamau Njuguna, an artist, and his son David Macharia Njuguna, 12 in Standard Seven, who has been brought to learn more about trees and flowers and the environment in general.

Some students come here to understand the importance of protecting our environment through trees, flowers and fruits planting.

“When I’m inside this place, I thank God for transforming me from the biblical Saul to Paul – the only difference being I was an alcoholic of the highest order,” says Tom.

Outside his homestead, we tour the neighbourhood where rows and rows of trees and beautiful flowers are planted along both sides of the roads we are able to visit.

The areas along the main road from Ruaka, then Muchatha, Banana and beyond, then Ruaka towards Ndenderu, among others, are beneficiaries of Tom’s many years of tree planting without pay or assistance from any quarter.

The story behind Tom’s passion for tree planting and other environmental activities started in 1994 when he suddenly stopped his addiction to alcoholism.

He says he was born in 1959 in Banana, the firstborn who never saw his father, as he died when Tom was a baby. His mother remained with that family and as the tradition was with the Gikuyu community, she could have children from any area of her choice and remain a member of that family where she would inherit what was meant for her late husband.

She was blessed with six more children after Tom – in total five boys and two girls. Life was extremely rough for Tom and the entire family, where survival was for the fittest. Tom started school at Muthurwa Primary School in 1966 and reached only Standard Six in 1973. He never went back to school due to the many financial problems.

In 1977, he became a tout (makanga), later starting an onions business in Ngara in 1983, followed by flowers that he sold in plastic containers.

Tom’s younger brother Robert Kang’ethe, who was working as a barber in Ndenderu, was also an alcoholic. Between the two, Tom was more of a drunkard than his younger brother.

One day, Kang’ethe was drinking in Ndenderu when he suddenly fell sick and was rushed to Kiambu Hospital, only to be declared dead on arrival. Tom says his brother was poisoned.

“Kang’ethe’s death affected me a lot. I heard the voice of God telling me to stop drinking completely and turn to tree planting and improve nature. I did exactly that and have never turned back,” says Tom as he recalls that point in life he hardly anticipated.

Some of the areas Tom has endeared to so many people are shopping centres and the matatu stage where mature trees have given shade to many people especially when the sun is hot.

Before Tom started planting trees, shopkeepers had a hard time trying to remove people from the verandas as they were blocking customers.

READ ALSO  IEBC ex-lawyer buried without fanfare, a day after his death

Away from Banana, Tom runs a business selling shoes in Ngara Market. Outside the shop, he has a section where he keeps a variety of trees and flowers for sale. His section is unique due to the well-kept tree nursery. 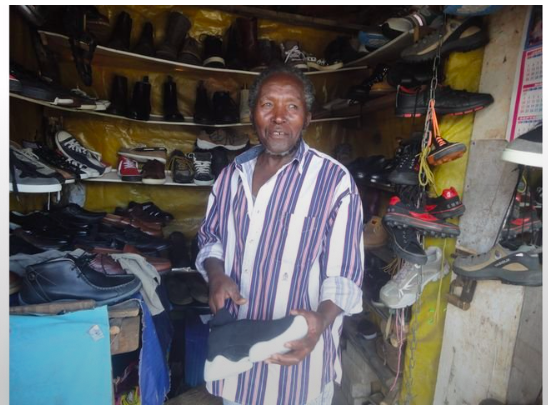 “I run this business in Ngara on all other days except Thursdays and Sundays. My wife Sarah Muthoni has her shop in Banana, which has a variety of shoes and a tree nursery, just like here in Ngara. Thursday is a special day at home where I can relax and attend to customers, visitors and friends,” says Tom as he excuses himself to attend to customers.

“I want to see Banana, Kiambaa, Kiambu and Kenya in general having more trees from my effort. I want to leave a lasting legacy when I’m long gone. Prof Wangari Maathai did her part. I want to do mine,” says Tom, a father of seven who believes with God nothing is impossible.