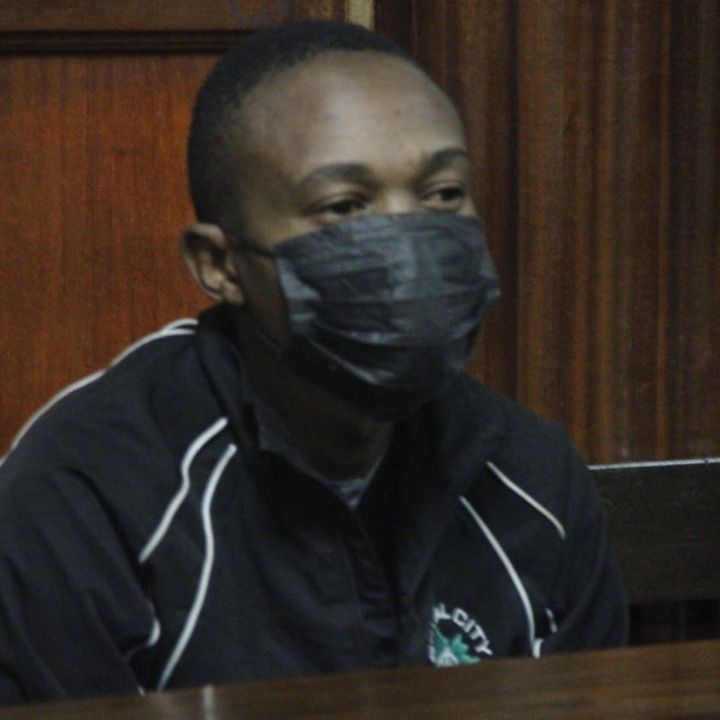 Murder, they say, will always cry out or as English playwright William Shakespeare put it, “though it has no tongue, it will speak with most miraculous organ”.

Lincoln Abraham Ng’iendo killed, burnt and dumped his victim’s body in the thickets of Tatu City in Nairobi, then put a 328 kilometre distance between himself and the crime scene by fleeing to Moshi in Tanzania.

But as fate would have it, eight months later, the 32-year-old man would return to the site where he dumped the body of Elizabeth Kiloko Nthei, in handcuffs, and is about to pay for his crime.

On Friday, detectives from the Directorate of Criminal Investigations presented Ng’iendo in a Nairobi court, where they were allowed to detain him until August 5 as they piece together evidence of his heinous crime.

Evidence by the police indicates that Elizabeth, or Lisa, was a student at Kenyatta University taking a course in hospitality while Ng’iendo was a driver at a college on Thika Road. That was sometimes in 2016. They struck a friendship and soon became lovers.

She soon moved from the university hostels to live with him on Mirema Road in Kasarani.

The man later moved to Nakuru in November 2018 and Lisa would visit him over the weekends and return to Nairobi for her studies on Mondays. By then, she had rented a house at Gwa Kairu.

The man then lost his job and he moved back to Nairobi where Lisa now took care of him using money sent to her by her parents. He secured a job as a gas supplier in July 2019 and they moved from Gwa Kairu to Kimbo in Kasarani.

Ng’iendo recalls that he returned home one day drunk and a fight ensued.

She left the house in the middle of the night only to return about 40 minutes later but he refused to open the door for her. According to the man, she broke a window and in the process sustained a cut. He dressed the wound after opening the door and they made peace.

He lost his job sometime in January last year and he recalls returning home one night and Lisa, who was mad because of his drinking problem, started a quarrel. He says they fought and he was injured. The following morning, Ng’iendo says he decided to call it quits but Lisa would hear none of it.

They allegedly reconciled and according to him, she forced him to move to Clay City “to avoid his bad company”.

In October last year, he said Lisa informed him that a relative who was studying in the USA would visit and spend the weekend in their house. And because her parents were not aware of the union, she allegedly asked him to go to Nakuru for the weekend and return when the relative had gone.

He allegedly obliged but on his return, he snooped into her mobile phone only to discover that she was chatting with a man in Mombasa and had even shared photos. The relationship hit the rocks once again but they reconciled after a while.

The constant fights would worsen on the night of October 21, when according to him, Lisa entered the kitchen as he played some game on his mobile phone and came armed with a knife.

His word is that as he struggled to snatch it from her, she fell. He took the knife and stabbed her in the left side of the neck. She bled to death. Her dying words were, “Beb umeniua”. He allegedly replied, “I know”.

He then showered, changed his clothes, covered her using a duvet. By then, she was still as he paced the room.

He later gave out his TV set to a shylock for Sh21,000 and used the money to hire a taxi as he planned where to dispose of the body. At around 10pm on October 22, he removed the body and drove all the way to Ruiru, doused it with petrol and set it on fire.

He went back to the spot the following morning, at 5.45, and discovered that the body had partly burned.

Ng’iendo later called Lisa’s mother and asked her to send him Sh40,000 or she would kill her. The mother promised to send the money before evening but pleaded with him not to harm her daughter. She didn’t send the money as promised. He also called Lisa’s father but he too, did not send him the money.

He cleaned the house on October 25, picked the stained clothes, Lisa’s books and clothing and set them on fire.

The man went back to the same shylock on October 26 and gave out the couch and most of the household items. He then hit the road and headed for Tanzania.

He still had Lisa’s mobile phone and on switching it on, he discovered that her mother had tried calling. He switched it off, threw away the sim card and sold the handset before heading to Arusha. He later decided to return to Kenya but on the way, he was nabbed by Tanzanian Immigration officials, taken to court and fined Tsh700,000 or serve one year in jail for being in the country illegally.

He would spend the next seven months in jail.

On June 3, he was released from prison and escorted to the Namanga border. He boarded a bus and headed to Athi River, where he spent a night at a friend’s place.

The following day he travelled to Nairobi and back to Kimbo where he was staying with Lisa.

The police pounced on him and he confessed to the crime.  Meanwhile, police in Ruiru found the partly burnt body and took it to City Mortuary. It was later disposed as unclaimed body.

In court, the police sought an order to exhume the body, which was buried in Lang’ata, to complete the puzzle.