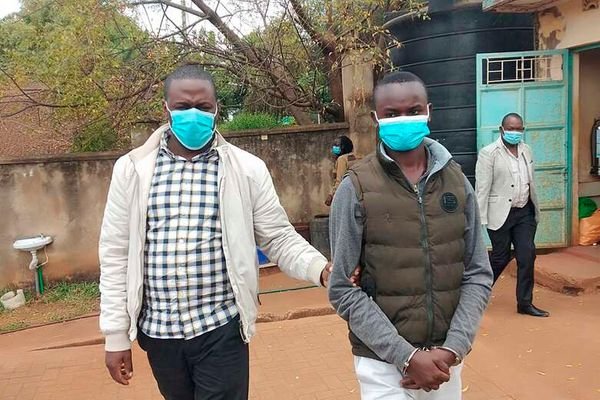 A shocking revelation was made in the Embu High Court yesterday on why Catholic priest Michael Kyengo, 43, was brutally murdered.

In a confession presented in court yesterday, the prime suspect in the murder, Mr Michael Muthini, 26, revealed how he slashed the priest to death for allegedly sexually abusing him and in the process, infecting him with HIV.

Mr Muthini claimed that the priest drugged him before he molested him overnight in a rented house in Mbeere South Sub-County.

The college student had been charged with murdering Fr Kyengo on the night of October 8 and 9, 2019, at Makima location in Mbeere South.

While pleading guilty to the capital offence, Mr Muthini told the court how he slashed the priest’s neck with a panga, killing him on the spot, before he stashed the body in a plastic bag.

He then put the body in the boot of a car and took it to the banks of Mashamba seasonal river at Makima in Embu County, and buried it in a shallow grave.

Mr Muthini said he acted in anger after the priest took advantage of him and attempted to kill him. He pleading with the court to have mercy on him as he was ready to reform.

“The court should take into consideration why I killed the priest and have mercy upon me. I pray that I be given a non-punitive sentence so that I can have a chance to serve the society,” he said through his lawyer Kirimi Guantai.

On a different day, during a youth seminar, the priest beckoned Mr Muthini and gave him his mobile phone number.

Mr Muthini went back to college in Embu where he was pursuing a diploma in Early Child Development and Education.

“While at school, the priest became so close to me that he started visiting, texting and calling me on a regular basis,” he told the court.

Through his lawyer, the accused told Justice Lucy Njuguna that he had decided to spill the beans so that the truth may be known.

Quoting the Bible, Mr Muthini said the truth will set him free.

He narrated how the priest even took over the burden of paying his school fees and providing for all his basic needs.

The two were so close that they even shared meals.

“I referred to the priest as my big brother, while he called me dear or sweetheart,” he said.

However, the relationship turned sour when the priest one day visited Mr Muthini at his house at Gategi in Mwea ward and said he wanted to stay there overnight because it was too late for him to drive back to Machakos where he was based.

After dinner, Mr Muthini proceeded to the bathroom to clean it for the priest, so that he could take a bath.

While in the bathroom, the court documents show, the priest called him and told him that it would be better if they took juice, which he had served in two glasses.

He pushed one glass towards Mr Muthini.

“Without any suspicion, I emptied my glass and I started feeling dizzy, and I informed the priest, and fell asleep. When I came to my senses at 3.30am, I felt pain in my private parts and there was a watery discharge while the priest was sitting next to me naked and smiling. That is when I realized I had been molested and demanded to know why he had done that,” Mr Muthini said in the confession.

The young man narrated how the priest continued to force himself on him, claiming he had every right to do so because Mr Muthini had no means to repay what he had spent on him.

“After I became angry, he stood, dressed and took his briefcase. As he was leaving towards the door he apologised and told me to take the money he had placed on the table and buy medicine for injuries inflicted. He pleaded with me not to report the matter to church as it would lead to work issues and shame him, as he promised to visit me again,” he said.

On October, 9, 2019 the priest visited Muthini again while drunk and started caressing him, but he resisted.

“The priest held me by force and we started struggling. He hit me to the ground and that is when I realised that he wanted to kill me so that I may not report to the parish chairman. I fell where there was a panga and as he was holding my throat I reached for the weapon and cut his neck,” he said.

Mr Muthini said after disposing of the body, he fled to Kilifi, but he was later arrested and charged in court.
The priest was on annual leave when he met his death which sent shockwaves across the Machakos diocese.

Earlier, Mr Muthini admitted that he withdrew more than Sh130,000 from Fr Kyengo’s M-Pesa and bank accounts and escaped with his vehicle.

The case will be mentioned on November 8.