I know who leaked my wedding photo - Pascal Tokodi 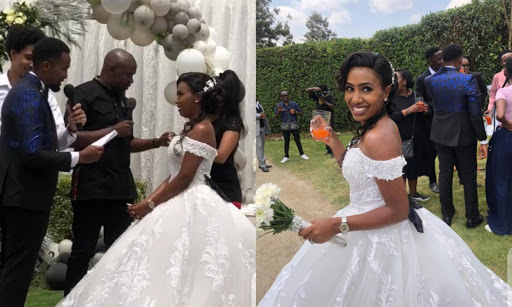 Pascal Tokodi, who plays Selina, has spoken out for the first time regarding his surprise wedding to Cross Over 101 TV anchor Grace Ekirapa.

Pascal said during the Maisha Mapenzi event held at SuperSport Studios, “It was a very private ceremony, someone leaked the picture. It trended that same night.”

Pascal spun it like a snapshot taken on the set of a music video to try to minimize the impact of the leak and confound his opponents – and fans.

This is due to the fact that the pair was not ready to make their love or marriage public.

“I called King Kaka that same night and we went to the studio and that same week we shot the video and released it.”

When asked if he knew who released his wedding photo, Pascal replied,  “I know who it is. I have met him a couple of times.”

He continued, “I have no idea why he leaked it because we tried to make it as private as we could because it was during Covid times so we just wanted to have a very small and simple ceremony so that when we are announcing, we are ready.”