I paid a heavy price for joining crime 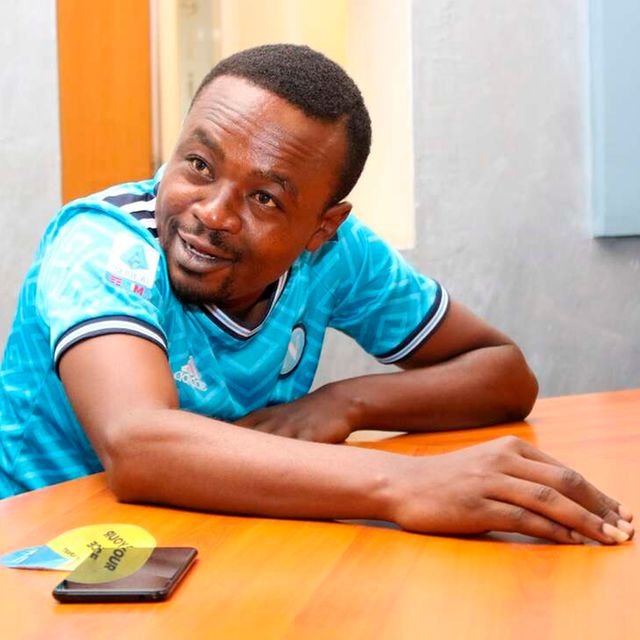 There were days, more than a decade ago, that brought immense pleasure and joy to Titus Mwangi Mucina.

They are long gone now.

Those were the days he believed he was a man, even though he was just a teenager. He would hijack cars, drive for miles in the wrong direction, and dump the passengers in unknown places — penniless, naked, and with no phones to call for help.

His palms would itch with the anticipation of getting money, and he would be elated when he walked into his ageing grandmother’s hut and see her face light up at the sight of food.

He saw himself as the hero for his three younger sisters and a newborn nephew. His sisters needed school fees and he was determined to fill his father’s shoes as the man of the house.

In 2005, when mobile phones and airtime scratch cards were hard to come by, Mwangi slept with different brands of phones on his bedside table.

He loaded airtime into the phones, one card after another until he got tired. All these had been violently taken from their owners, after Mwangi and his gang carjacked public services vehicles.

Using his friends’ connections, he sold the phones at greatly discounted prices, and from the sales, ate, drank and slept like a king.

He never shot anyone, he says, but he always smiled with amusement as the scared passengers peeled their clothes off their bodies.

This was the gang’s way of ensuring their own safety, as it would take a long time before their victims got help, and by then, the gang would be long gone. He was 19 then.

Mwangi looked nothing like a violent robber. He kept this up for four years, before fate caught up with him on May 28, 2005.

On that day, at Kiamunyi farm in Nakuru, a baffled police officer would stare back at him. In the driver’s seat of the stolen vehicle was Mwangi, with a broken left leg, his fellow gangsters – Peter Kinuthia and Peter Gibson Kimani –  in the back.

“Hawa ni watoto wanatusumbua bwana (These are the young men troubling us)!” the police officer said into his walkie-talkie.

Hours earlier, at 7.30pm, Mwangi and his gang members boarded a matatu at the Carnation stage in Nakuru town. The matatu was destined for Ngata.

According to court evidence by Moses Kamau Ngige, the driver of the 14-seater matatu that had been hijacked, he had driven some distance when he heard a voice commanding passengers to lie down.

Then the young man sitting next to him grabbed him and ordered him to hand over the vehicle. When he hesitated, he was hit on the head, and another man took control of the car.

The latter was Mwangi, who then drove the car off the main road and into a murram road. Behind him, his mates demanded money, phones and valuables from the passengers.

“Their driver demanded from me my phone and I gave him my Siemens A35 phone and Sh1,050,” said Ngige.

Mwangi drove on Mustard Seed Road and joined the main Nakuru-Kabarnet Road, where he drove for about a kilometre and again took a side road into a farm. They drove deep into the farm, then he stopped the vehicle and ordered the passengers to get out as they searched them. There were three robbers at the back and himself. After they searched all of the passengers, they ordered them to sit on the ground and then asked for the driver.

“I stepped forward. They returned me into the car. I was put in the front with the driver and the rest were behind,” Ngige told the trial court in his evidence.

The passengers were abandoned at the farm, stark naked.

Mwangi drove back to the Nakuru-Kabarnet tarmac road, and ran smack into a police road block.

What he did not know was that he was in the vicinity of former President Daniel Arap Moi’s Kabarnet home, which was heavily guarded. He turned back towards Nakuru, and a few moments later, realised they were being trailed by policemen, who ordered them to stop.

“I did not stop, nor did I slow down,” said Mwangi during an interview at Nation Centre.

“As I gathered speed, the police started shooting, and just at the corner of the Provincial General Hospital, I lost control of the car, swerved off the road and hit a tree. The impact was so big, I broke my left leg instantly and the driver lost consciousness,” he said.

Soon after, the passengers, who had been rescued, were taken to the scene of the crash.

“I heard them say that a watchman found them, and called the police. Some of them were so angry, they wanted us dead. Others were crying, and some even picked stones and twigs, wishing to beat us up,” recalls Mwangi.

A tow truck was finally called in, and Mwangi was retrieved from his seat and taken to hospital.

Police constable Joshua Omino Nola told the court that he retrieved a wooden toy pistol tucked in the waistband of one of the suspects, and a wallet with Sh1,050.

Mwangi was found with a Siemens mobile phone belonging to Ngige, the matatu driver.

Mwangi and his friends were charged with nine counts of robbery with violence and sentenced to death on March 13, 2008.

The three had spent three years in remand. Mwangi was only 23.

“Luckily, the following year, in August 2009, former President Mwai Kibaki commuted death sentences of 4,000 prisoners to life imprisonment. I was one of them,” says Mwangi.

With their basis on President Kibaki’s order, the three appealed to the Nakuru High Court, asking that their death sentence be reduced to life imprisonment. They got their request on July 15, 2011, when the judges Roselyn Wendoh and Anyara Emukule ruled that the death sentence is no longer mandatory for the offence of robbery with violence under Section 296 (2) of the Penal Code.

Three years later, the three were at the Court of Appeal, this time, requesting that their life imprisonment be reduced to a definite sentence, a request that was dismissed by judges Alnashir Visram, Martha Koome and J Otieno-Odek in October 2014.

“We will not interfere with the life sentence imposed upon the appellants, which in the circumstances of the aforesaid decision was otherwise an illegal sentence. The upshot of the above is the appeal lacks merit and it is hereby dismissed,” read a part of the judgment from the three judges.

“When this appeal flopped, we (prisoners on charges of robbery with violence) wrote a petition to the High Court, requesting a remission. Most of us had served for long already, and our request was granted. That is how I got my release from jail on April 2020,” said Mwangi.

But how did Mwangi venture into crime?

He was the firstborn in a family of four children. In 2000, he says, their mother died, and soon after the burial, their father left and remarried shortly after, leaving the children with their grandmother.

“He would come home only about once or twice in a year. He never cared to know what we ate, and he stopped paying school fees when my second born sister got pregnant. The other two were too young to fend for themselves, and I had to drop out and see to it that they completed their education,” said Mwangi.

That is why he started working as a tout. It was an honest means of making ends meet, he states, but then he joined the wrong company.

“I have never seen my father since I went to prison. He has another family now that he takes care of, and I have to step in where I left and be there for my sisters. However, I have no job now, and no certificates to support me,” he said.

“We are stigmatised when we get out of prison and still branded criminals, not realising that we have reformed. Personally, my aunt chased me away from her house, telling me “siwezi ishi na mwizi (I cannot live with a thief),” said Mwangi.

He recommended that while still in prison, the work prisoners do should attract wages so that when they finally get out, they have the capital to start their own businesses.

“None of us has medical insurance, like NHIF. Right now, I have nothing to show for my 15 years in prison. I don’t have a home to live in, and if the government wanted to find me, it might take them time,” he complained.

One of his sisters, Margaret Wacera, agreed that when former prisoners rejoin the community, they are still judged by their past mistakes.

“I understand that a person can experience isolation after leaving prison, since they may find it hard to make friends. I have a pretty good relationship with him, even though we only meet once in a while. I do try to give him money for upkeep when I can, but I do not have a permanent job and I have children to raise,” she said.

His other sister, Josephine Wanjiru, said she needed more time to observe her brother to make sure he had changed.

“We have heard stories, most of them negative, about prison life. He has been in there for more than a decade, and it may take time before he acclimatises to life outside prison. Sometimes he snaps over little things that someone else might consider petty. He has become somewhat short-tempered, and seems like a different person from the brother we knew before he went to prison,” said Josephine.

There is also the risk of going back to crime, explained Josephine, stating that she hosted her brother for a month immediately he left prison.

“He stays alone now, and we rarely meet. We cannot even have a decent conversation because he easily gets irritated,” she concluded.

However, Mwangi said he was reformed, with no interest in a life of crime.

“I changed completely, and in the one year I have been out, I have helped an old man who is a friend stop drinking alcohol. I am 39 years old now, and the most active years of my life were spent in prison. I want to reclaim my life, and finally make something out of my life,” he said.

Even though he has no job from where he gets an income, he is making use of the training he got from prison to try and transform his community, he said.

“I have founded a group called Alpha, with 11 women and eight men as members. I teach them the importance of fleeing from crime and drugs, and while on their journey to a drug-free life, I give them small tips on how to deal with hallucinations. They are the ones who also support me financially and in matters food. I also train mothers on anger management,” added Mwangi.

The only thing he is asking for is help to build on land that was left to him by his grandmother.

“That building will serve as the office where we will run charity activities to help the old, orphans, ex-convicts, widows and the economically weak in the society. If I can do that, then I will have written my legacy,” he concluded.