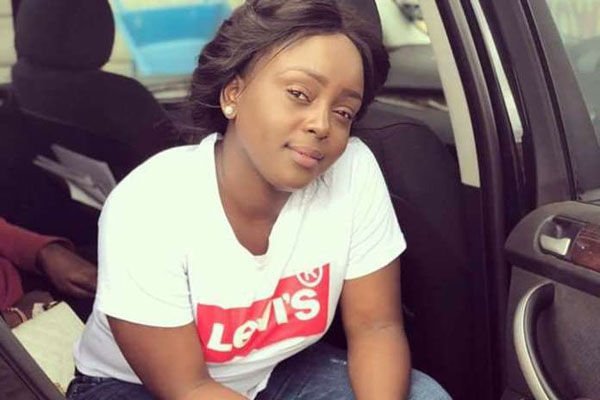 Murdered businesswoman Monicah Kimani was visited by two men, among them one she described as a “security man from State House”, on the day she died.

Testifying before Justice Grace Nzioka, who is hearing a case in which Antony Irungu aka Jowie and Jacque Maribe are charged with murdering Ms Kimani, Mr Antony Kaka disclosed that he also visited the deceased the night she was killed but that they met at the gate to her apartment building in Kilimani.

“I visited Monicah at her Lamuria Gardens Apartments around 9.30pm September 19, 2018. She came down from her house and met me at the gate,” Mr Kaka told Justice Nzioka.

He added that while at the gate, she hugged him and said she had two visitors in her house, a Lebanese who was her neighbor and a security man from State House.

The witness said he left after a shortwhile but that later at 11pm, Monicah sent him a peculiar message on WhatsApp telling him to “come help me sleep.”

Mr Kaka told the judge he replied telling her he would visit her the next day, on September 20, 2018.

“I called her two numbers in the morning but they were not answered,” Mr Kaka testified.

The witness, who was cross-examined by lawyer Prof Hassan Nandwa, denied he and the deceased were lovers.

“You received a love messenger from Monicah. You and the deceased were lovers,” Prof Nandwa told Mr Kaka.

“No, it was just a message. We were not lovers but we were friends,” Mr Kaka answered.

Answering a question from Prof Nandwa appearing with David Ayuo for Jowie, Mr Kaka said “he was not aware the 11pm WhatsApp message he received from Monicah led to her death.”

He also said he was not aware Monicah was cohabitating with a man in her house.

Prof Nandwa referred Mr Kaka to a statement by one Owen who informed police that on September 19, 2018, he visited Monicah and found a Mr Walid (a Lebanese national) and a man she introduced as an Interpol officer.

Owen said when he found the two men at the house, they were taking something that looked like alcohol.

Owen said Mr Walid left around 9.45pm, leaving the other man in the house.

Mr Kaka said he learnt of Monicah’s death later but never attended her burial as he was attending another function in Sotik.

The witness was led in his evidence by state prosecutor Catherine Mwaniki.

Jowie and Maribe have been charged with murdering Monicah on the night of September 19/20, 2018.

They have denied the charge and are out on bond.

In his evidence, Mr Kaka said he had earlier sent the deceased Sh2,000 via M-Pesa for supper.

Ms Kimani’s was found in her bathroom. Her body had injuries. Water was running from the tap when police discovered it.