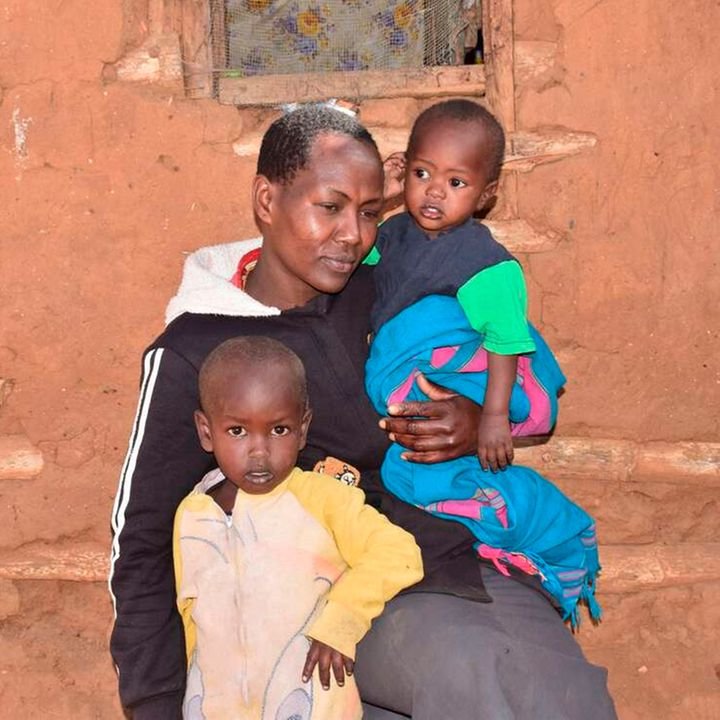 For Hellen Naasu Gakuya, life without her beloved husband John Gakuya is simply hard. It can be reinvented into something new but it will always be different.

“A sudden, unanticipated death has a way of jolting senses. When you are told that your husband who is a breadwinner is dead, everything changes in an instant,” she says.

“Life as you know it will never be the same whatsoever. It can be reinvented, reshaped into something different but it’s never the same, especially when you have nine children to look after.”

It has been eight months since the gruesome discovery of the charred remains of Gakuya, 47, in the Samburu County Referral Hospital compound.

The couple were married for more than 20 years and had nine children.

At age 40, Ms Naasu was left all alone and the dreams they had together were gone.

Grief-stricken, she is numb and life is almost meaningless all of a sudden. She could not come to terms with the fact that the man she loved with all her heart was gone and would never come back.

She recounts how she lost the taste of life, how waking up in the morning to hunt for food has become an uphill task and how she often has memory lapses.

“He is always in my mind, whether I am at home or work. His body lies at the Maralal cemetery, some 200 metres from home. I often use the same route to get into and out of the compound, which is why remembering him has become permanent in my mind.”

Adjusting back to her normal life is the biggest challenge Naasu is facing. Though widowed at a young age, Ms Naasu’s spirit to preserve her husband’s legacy has kept her alive. She has to stay strong for her family.

“I have been forced to soldier on by myself with the nine children. I wake up in the morning with bare hands and start figuring out where to start the day. I do not mind what I will do to bring food to the table,” she says.

Even as she is still grieving, Ms Naasu is still grappling with challenging practical matters she is not used to, especially when the household income suddenly went with the late husband.

“How do I apply to get justice for the death of my husband? How do I figure out the insurance stuff? I am terrified,” she says.

She is trying to pick up the pieces of her life, by soldiering without weapons, and she is confident she will win. Her husband lived without any serious medical condition and was a carpenter in Maralal.

“I am in a completely different environment. I was left with more questions than answers because of the nature of the death of my husband,” she says.

“Nobody is trying to explain what really happened. I do not know what exactly happened. I am in an environment where everyone is sympathising with me because of my situation.”

Who will come to her rescue? She is watching her world collapsing. She is yet to get justice months later, with her nine children dropping out of school amid hard economic times.

On the night of October 15 last year, Gakuya complained of severe headaches and was rushed to Samburu County Referral Hospital. He was admitted with what the hospital management said was cerebral malaria.

He was put under medication for eight days in the men’s ward. His disappearance from the wards is still a mystery.

On January 18 this year, a stench coming from the far corner of the hospital compound led to the discovery of Gakuya’s decomposing body, ending a three-month search. The patient had reportedly been missing since October 22, last year.

The body had gone unnoticed for three months since his disappearance, even though it lay about 70 metres from the staff quarters. Not even the hospital management can explain how he got out of the ward rooms, evaded security blocks at the hospital and got to where his body was found.

In fact, hospital management appeared to be shocked and concerned about this “gruesome discovery”.

The hospital later released a statement on the discovery of Gakuya’s body after a public uproar when the Nation highlighted the story.

The report that was handed over to the county’s executive for Health indicated the hospital did not know his whereabouts even as his burnt-up body lay about 70 metres from the staff quarters.

Officials later revealed that Gakuya might have been trying to escape from the hospital before he was “overwhelmed”. At the time of his disappearance, the report said, Gakuya’s condition could not allow him to even scream for help.

But his family is still blaming the hospital for negligence.

Ms Naasu said the hospital did not attend to her husband properly and has failed to explain the circumstances of his disappearance.