I want to come home for Ruto's inauguration -Miguna 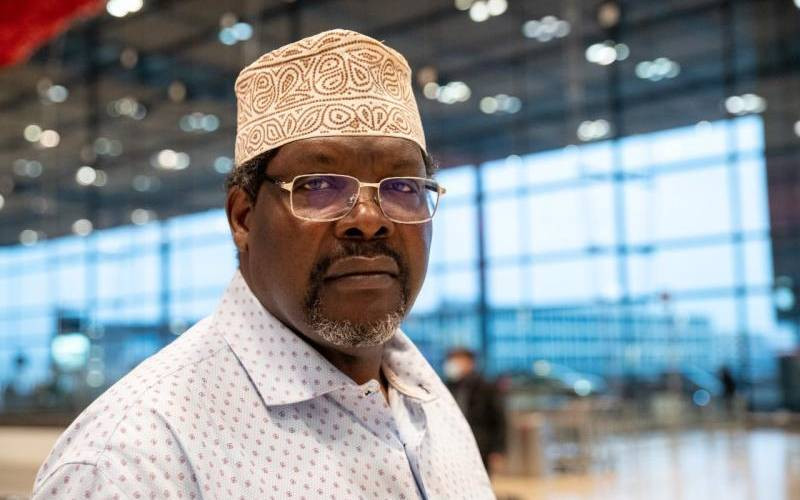 Miguna Miguna, Kenyan attorney living in Canada, is requesting permission to return to the country for William Ruto’s inauguration.

Tuesday, September 13 has been set aside for Ruto’s inaugural ceremony.

Miguna requests assistance in traveling to Nairobi in a letter dated September 7 to Joseph Kinyua, chair of the Assumption of Office of the President.

The Head of Public Service has been given a 24-hour window by Miguna to arrange for his travel, particularly by providing him with emergency travel documents and lifting red alerts issued to airlines in 2018.

“Thus, your Committee has an overarching duty and legal obligation to ensure that our client is facilitated to attend the swearing-in ceremony of the 5th President, His Excellency William Samoei Ruto, without fail,” his letter reads.

Through Adrian Kamotho Njenga, Miguna’s attorney, he has made the demands.

In the letter, Miguna’s legal counsel alleges that the previous administration’s government officials disregarded court orders that required them to make arrangements for his return to Kenya.

The exiled attorney is also suing the state for around Sh1.1 million in damages. According to him, the reimbursement is intended to make up for the financial losses he allegedly sustained during his fruitless trip to Kenya last year.

The legal lawsuit is still pending.

For his participation in the fictitious swearing-in of Orange Democratic Movement (ODM) leader Raila Odinga on January 30, 2018, Miguna was deported in February 2018, just days after his apprehension.