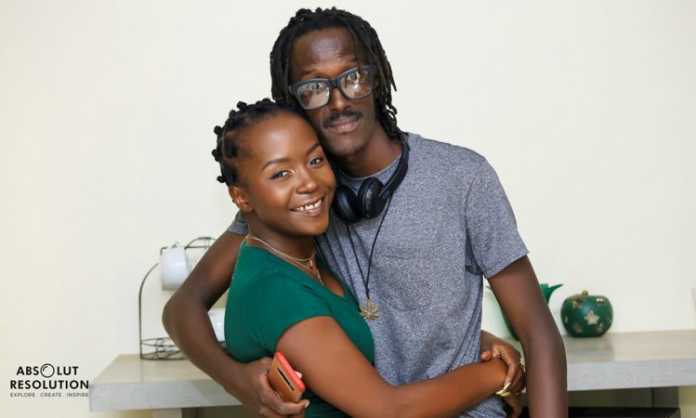 Ugandan comedienne Anne Kansiime has narrated how scared she was when she first found out that she was pregnant with her first child.

Kansiime who is dating renowned artiste Skylanta, said she was afraid of losing the pregnancy hence she didn’t tell her boyfriend when she found out about it.

‘I was happy but scared. I had lost so much before and finding out I was pregnant

I did not even tell Sky until I went to the hospital and they confirmed that I was 6/7 weeks pregnant.’

Skylanta on the other hand, says he had always wanted a baby boy adding that God had answered his prayers.

‘Anne is not specific about the gender of the baby, she just wanted to have one.

I  on the other hand have been very specific in my prayer, I wanted a little boy and God has done it for us.’

“I HAVE BEEN LOOKING FOR THE PERFECT WAY TO BREAK IT TO YOU MY DEAREST NINJAS THAT SOON MY KANTU SKYLANTA AND I SHALL HAVE A LITTLE NINJA ADDED ON TO OUR FAMILY AND I THOOOOOUGHT AND THOUGHT, WHAT BETTER WAY!!? 🤔”

“SO, THIS COMING FRIDAY THE 16TH OF APRIL, I WILL BE PERFORMING FOR YOU LIVE FROM MY BAKING GROUNDS FEATURING THEPULSE UG AND POURING OUT MY HEART TO YOU ON LOVE ON YOUTUBE.”

“I HAVE REALLY MISSED YOU NINJAS.AND THERE IS SO MUCH TO TELL YOU, MY HEAD SPINS FROM NOT KNOWING WHERE TO START.

Anne says she is not affected by the changes going on with her body, all she cares about is her baby’s well being.

READ ALSO  One dead, 2 injured after aircraft crashes in Naivasha

VIDEO: Own a piece of land for only Shs 100K courtesy of ‘Certified Homes’