I will not attend Azimio's running mate interviews : Kalonzo 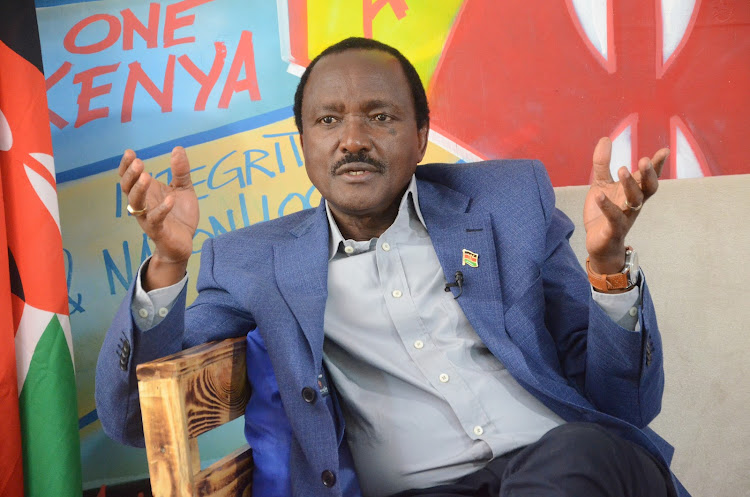 Wiper leader Kalonzo Musyoka has said he will not take part in the Azimio-One Kenya coalition’s vetting process for a running mate.
This comes after the coalition’s council appointed a seven-member panel to help presidential contender Raila Odinga in finding a good deputy.

The Executive Committee would be entrusted with selecting and forwarding the list of suitable running mates for Odinga, according to Junet Mohamed, the party’s secretary-general.

Kalonzo argues that attending the interview will be “demeaning” because he should be the obvious pick for the job.

“I want to tell all Kenyans that I will not attend the said process. I find the entire thing demeaning to my person and will therefore distance myself from it,” Kalonzo was quoted by a local daily.

The interviews are set to start today, May 4th, and run till May 10th, following which Odinga will reveal the winner to the general public.

The Azimio La Umoja-One Kenya Alliance’s advisory group has been tasked with addressing the differences over the presidential running issue.

Additionally, presidential hopefuls have until May 16 to nominate their deputies to the Independent Electoral and Boundaries Commission (IEBC), which moved the submission timeline from April 28 to May 16.

READ ALSO  The University of Alabama In Huntsville Research Ranking.
Related Topics:General electionsNewsRunning mate
Up Next