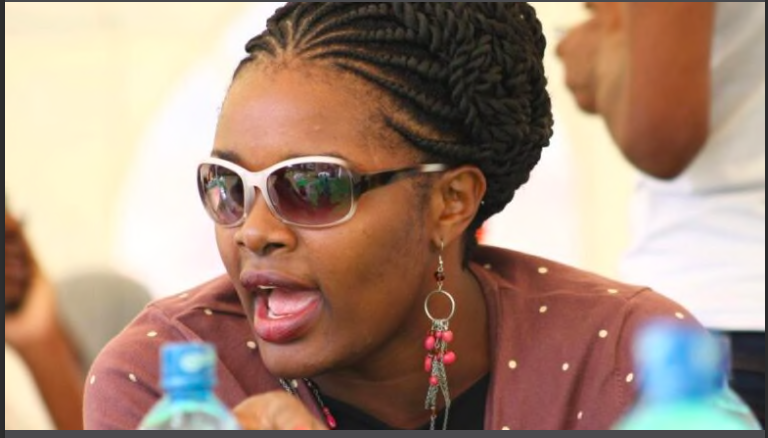 God can take you from an awful situation to a top status with just a snap of His fingers.

This many people have experienced and can give testimonies about.

Former radio presenter Esther Ingolo is among people who have seen the aforementioned first hand and lives to share God’s glory with her story.

Ingolo, who is currently the director of Gender and Youth Affairs at the County Government of Mombasa, recently sat down with gospel singer Mbuvi on his show Coffee With Mbuvi, which airs on TV47, where she got to inspire many with her story.

During the interview, Ingolo spoke about many things, including her journey in Radio and finally in government but what stood out was her near-death moment.

The former media personality revealed to fans that a road accident left her without one leg.

According to Ingolo, who was involved in the accident about a decade ago, her life came down crumbling after the event, but she did not let it dictate her future.

”It was one of the darkest moments in my life. I had just finished school and was in a matatu heading to Malindi when we were involved in a head-on collision with another car. I cannot quite remember the details but it was bad. I was in a coma for three days. When I woke up, I suffered from loss of memory,” Ingolo told Mbuvi.

Ingolo stated that she woke up from a coma only to find herself with only one leg.

She disclosed that it took her quite some time to come to terms with her new condition.

She lauded her family for being a strong support system that got her through her ”trauma”.

”I just woke up and found my leg had been amputated. I was in shock and could not come to terms with my condition. I felt like my whole world was breaking, right before my eyes. Through prayer and support from friends and family, I decided that this woman must survive and that is when I started my journey to recovery,” Ingolo added.

Well, the God who saved her gave her a job at Baraka FM months after the accident, and it was then when her star started to shine.

From Baraka FM, where she introduced the Mega Breakfast, she joined Radio Maisha, which had poached her owing to her great talent.

At Baraka FM and Radio Maisha, Ingolo worked alongside big names in the industry such as Alex Mwakideu, Dennis Donga alias Dennis Okari.

Mombasa Governor Hassan Joho was impressed with her talent and assigned her a communications job at the county offices.