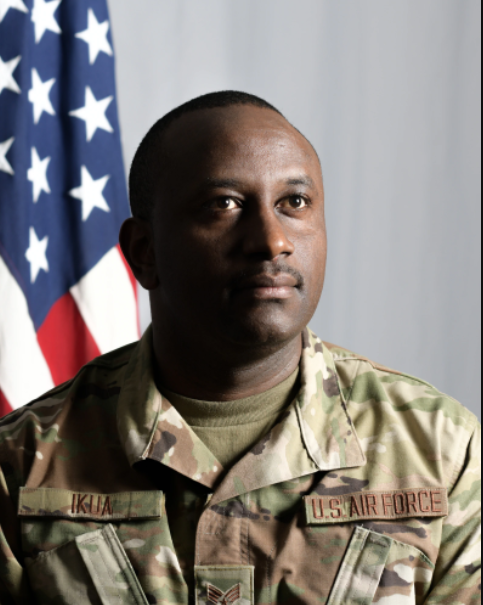 A Kenyan serving in the US army has opened up about how his life changed dramatically after joining the army.

Prior to his breakthrough, Senior Airman Patrick Ikua grew up in Kenya and witnessed a variety of atrocities, including terror attacks and political turmoil.

Because of the numerous hurdles he faced during his 17-year stay in Kenya, Ikua, who has even obtained US citizenship, questioned whether he could still be alive.

“If I still lived in Kenya I wonder if I would even be alive today. I am happy to be an American right now. This country has given me a lot to be proud of and I am happy the Air Force helped me with getting my citizenship in order,” Ikua said in a Defense Visual Information Distribution Service release (DVIDS).

“I don’t even feel like I have given enough back; I should give more back to this country. I now live in a peaceful society, my child goes to school and doesn’t have to worry about if she will be able to go,” he further stated.

He was motivated to join the military because of his unpleasant childhood memories. At 17,  Ikua was taught by personnel of the United States Air Force who were on a mission to educate and train Kenyans in disaster management in the event of a serious attack.

His past, though, nearly prevented him from joining the army. He remembered being put through a series of tests and checks that nearly caused him to give up.

“When meeting with the recruiter, I learned the process of what it took to join the Air Force, being a foreigner.”

“It is a long process due to security and background checks. It took me almost two years to get in. There were times I almost wanted to give up and was second-guessing my decisions,” Ikua remarked.

Ikua is pursuing a nursing degree in the United States while also serving in the army as a mechanic.

Kenyan man sentenced to life imprisonment in US