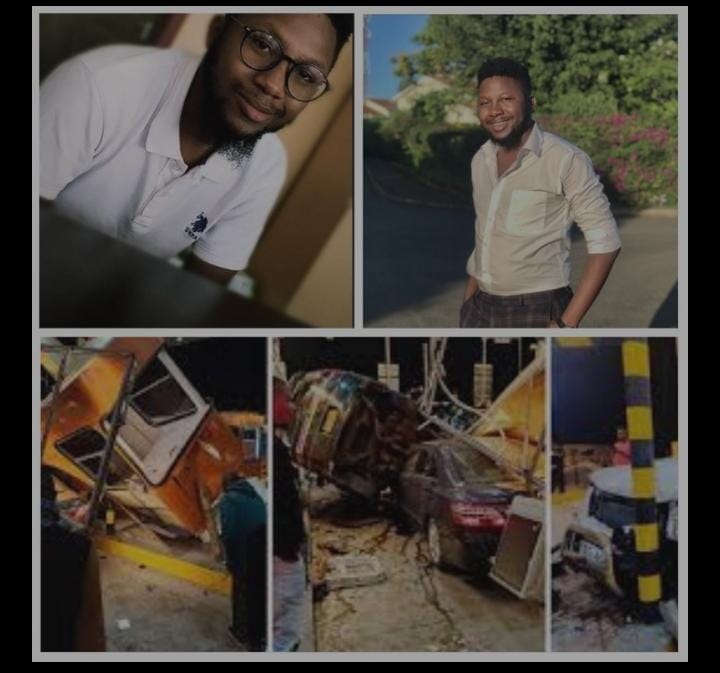 James Njenga, the man who died on the Mlolongo Expressway exit, was buried on Friday at his parents’ residence in Thigio Ndeiya, Limuru county.

Jimmy, was a government valuer headquartered in Marsabit. In 2018, he earned a Real Estate degree from the University of Nairobi.

The accident was confirmed by the Kenya National Highways Authority, who also noted that the vehicle’s high speed while exiting the expressway was a contributing factor.

“The motorist crashed into the Toll Plaza and ran over other vehicles that were being cleared to exit. Consequently, the vehicle knocked one toll booth and injured one toll attendant besides the other motorists,” KeNHA said in a statement.

The Authority further stated that those who were hurt had been taken to the hospital for treatment and were responding well. The impacted exit booth has since been shut.

“The Nairobi Expressway is committed to providing a safe and reliable toll road service and would wish to assure the public that they are putting measures in place to avert such unfortunate incidents from occurring,” KeNHA noted.

“Motorists are advised to avoid overspeeding and be cautious while on the road.”

READ ALSO  How I was conned by US cab driver
Related Topics:ExpresswayMlolongoNews
Up Next