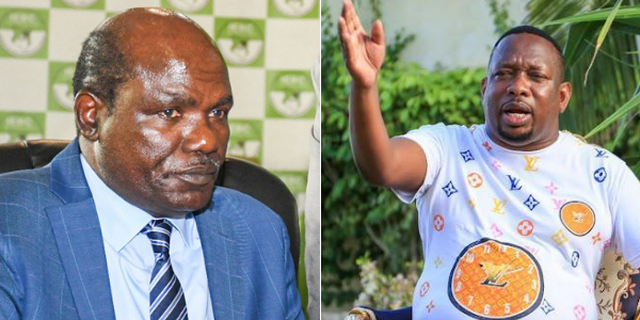 Mike Mbuvi Sonko, one of candidates seeking Mombasa governor seat, has been disqualified from running in the elections on August 9 by the Independent Electoral and Boundaries Commission (IEBC) Dispute Resolution Committee.

Sonko’s petition was dismissed by the IEBC dispute resolution panel, which upheld the Returning Officer’s decision to disqualify him.

But in its decision, the Committee gave the Wiper party a chance by ordering it to propose Sonko’s replacement within the following 72 hours.

“He may be cleared in 2017 but that doesn’t take away the requirement for the 2022 polls where IEBC is supposed to verify the degree certificate. Nothing has been placed to show that other aspirants weren’t asked to prove academic qualification hence there is no discrimination,” the committee ruled.

The legal counsel for the former Nairobi governor has already said that they intend to appeal the decision to the High Court. The verdict comes days after Sonko appealed the IEBC’s decision to exclude him from running for the Mombasa governorship.

The commission, he claimed, had cleared other leaders who had been impeached, but had decided to disqualify him.

The former Nairobi governor insisted that he was currently appealing his impeachment and that the constitution permitted him to run for office.

Sonko was expelled from office for misuse of public office, Chebukati stated when announcing the names of the lawmakers who had been suspended as of June 4, 2022.

“A person who is removed from office on contravention of Chapter 6 of the Constitution is disqualified from holding office, elective or appointed,” Chebukati had previously stated.