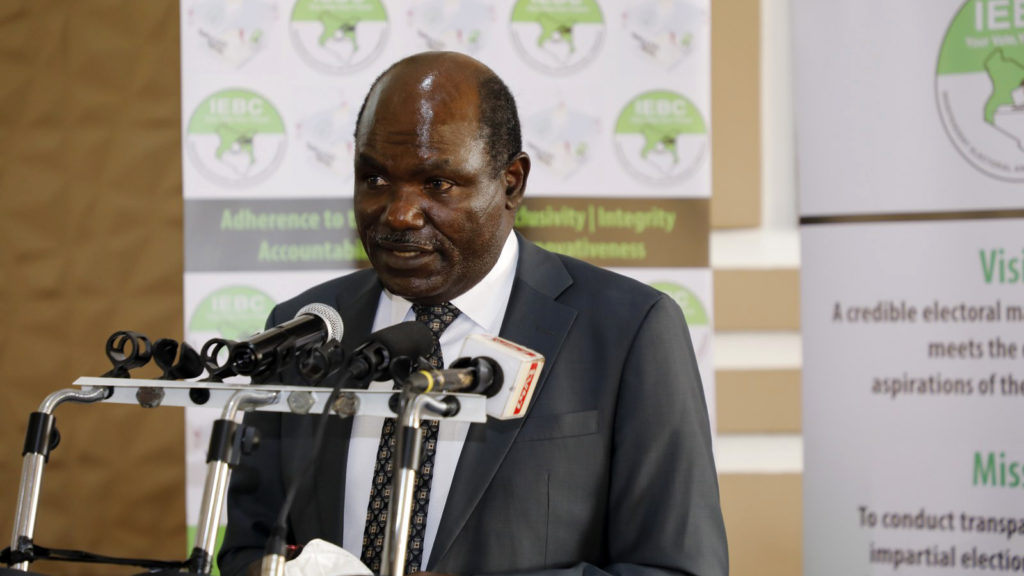 On Monday, May 23, the Independent Electoral and Boundaries Commission (IEBC) barred 11 candidates from running in the presidential election on August 9. Kenya Kwanza principals Wycliffe Musalia Mudavadi and National Assembly Speaker Justin Bedan Njoka Muturi are among those who have been disqualified.

IEBC chairperson Wafula Chebukati announced during a consultative meeting with presidential hopefuls and their representatives on Monday, May 23, that 9 were eliminated for failing to submit the names of their running mates before the May 16 due date.

Mudavadi and Muturi’s names appeared on the list because they had previously submitted their information to the IEBC before endorsing Deputy President William Ruto’s candidacy. This reduces the number of candidates vying to succeed President Uhuru Kenyatta from 54 to 43.

At the same time, the commission has pushed the signature submission  deadline from May 23 to May 25 in order to clear presidential hopefuls ahead of the August 9 election. Candidates must gather at least 2,000 signatures from across 24 counties to support their candidacy.

“Aspirants are expected to comply with the law. In regard to submission of signatures. By 25th, a report will be generated to ensure the process is complete and this period cannot be extended given the strict timelines we have,” said Chebukati.

The IEBC will then conduct presidential aspirant clearing from May 29 to June 6, with the official campaign season beginning on May 29.