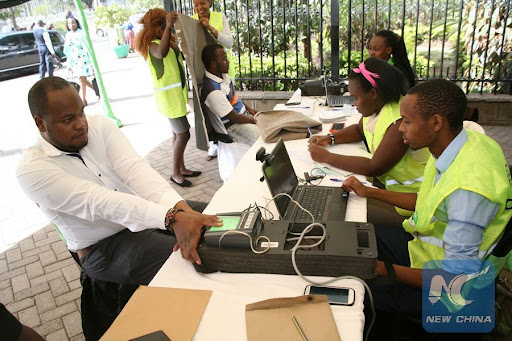 220 days to the 2022 Kenya’s general election, the Independent Electoral and Boundaries Commission (IEBC), is set to roll out the second phase of what it refers to as Enhanced Continuous Voter Registration (ECVR) and diaspora voter registration in January.

In his New Year’s message, Commision Chairman Wafula Chebukati  urged all eligible citizens who are yet to be registered as voters to turn up at their registration centers for enrollment.

Last year, the electoral commission said it will be listing diaspora voters in 11 countries that met the minimum requirement of 3,000 voters. They include the United States, the United Kingdom, Canada, Qatar, the United Arab Emirates (UAE), South Sudan, Uganda, Tanzania, Rwanda, Burundi, and South Africa.

“The Commission is on course in planning and putting in place measures and mechanism to ensure a simple, accurate, verifiable, secure, accountable, impartial, efficient, credible and transparent General Election,” said Chebukati on Saturday morning.

He reiterated the commission’s commitment to delivering a free, fair, and credible election on August 9th, 2022.

“The Commission is alive to the significant role played by stakeholders in the electoral process and assures you that it shall continue to engage all relevant stakeholders within the confines of the law and in particular Article 88 of the Constitution of Kenya 2010,” he added.

IEBC fwas unable to meet its target of registering at least 4.5 million new voters last year, fueling speculation that it might not meet its overall target ahead of the polls later this year.

READ ALSO  How injuries shatter dreams of popular Kenyan athletes
Related Topics:ChebukatiIEBCKenyans in DiasporaNewsVoters
Up Next