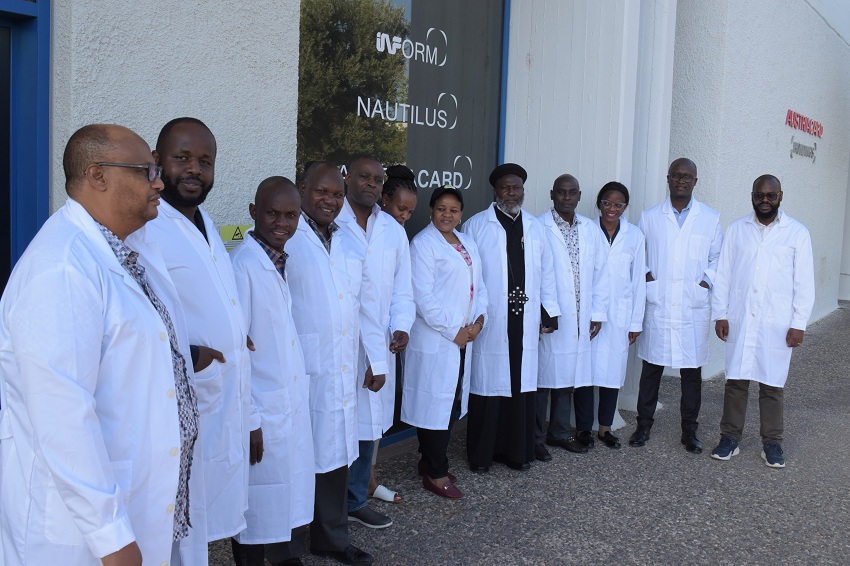 In order to see the printing, packaging, and delivery of ballots for the general election on August 9th, the Independent Electoral and Boundaries Commission (IEBC) and stakeholders’ team are in Greece. They are visiting the Inform Lykos ((Hellas) SA company’s facilities in Athens.

The IEBC Vice Chairperson Juliana Cherera and Commissioner Francis Wanderi are leading a delegation that includes representatives from religious organizations, the Media Council of Kenya, civil society, and the presidential candidates for the Roots Party of Kenya, Azimio la Umoja One Kenya Alliance, United Democratic Alliance, and Agano Party, among others, according to a tweet from the commission on Saturday.

The IEBC asserts that it is eager to hold a credible, free, and fair general election in 2022.

The monitoring delegation will confirm in writing that the ballots have been printed, sewn, and assembled on pallets labeled with the names of the constituencies at the time manufacturing is complete.

According to the Commission, there are several main components to the monitoring exercise, including pre-travel briefings, vendor briefings, production spot inspections, completion verification, and seeing test run prints being destroyed.

The IEBC Operation Directorate briefed the monitoring delegation on the general production process, the delegation roles, and IEBC expectations before to their departure from Nairobi.

Additionally, the IEBC addressed the logistical plans that answered issues raised during the monitoring exercise.

I couldn’t conceive before, I’m not sure if I can now: Njambi Koikai