I'm grateful for each day that I'm alive 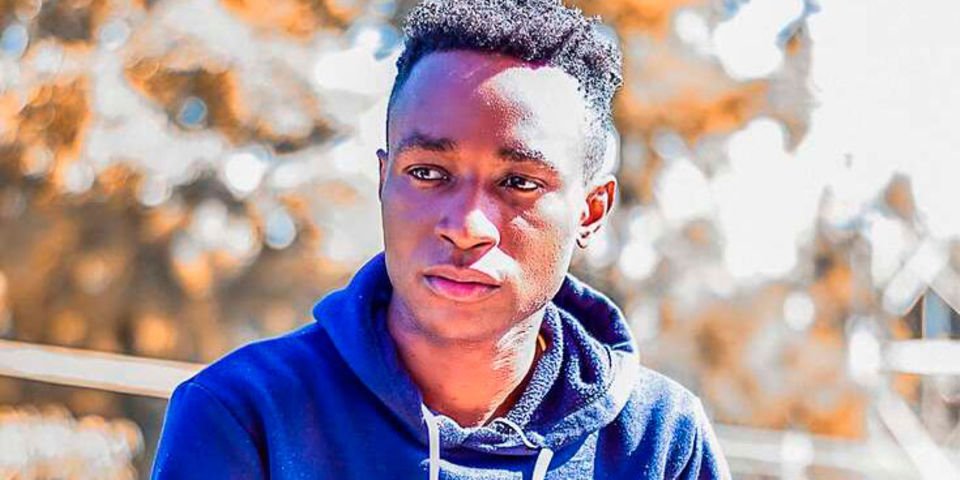 Joe Mudukiza has spent his whole life fighting for his health. He tells his story of resilience.

I can’t remember a time in my life when I wasn’t battling an ailment. When I was in high school, my mother told me that I had been diagnosed with sickle cell disease when I was just six months old.

I’m only 25, and my life has been about putting on a strong face to hide my pain from my parents while battling a sickness that threatens to shatter all my optimism about the future.

My primary and high school years were spent in an out of the hospital.

In place of my name, Joe Mudukiza, they called me “The sick boy” because that’s the Joe they knew. I strived hard to shake off the “sick boy” label, but as you can imagine, that was hard to do now that hospitals had become my second home.

To date, people still taunt me with “The sick boy” name because I can’t do any manual tasks and those who don’t understand what sickle cell disease does to the body think I am just lazy.

My mother told me that she decided to disclose my condition when I joined high school because I was going to a boarding facility and would no longer be under her immediate care. It shattered me. But even scarier were the facts all around me about life expectancy for people like me.

I’m still incredulous yet ever so grateful, having celebrated my 25-year-birthday and looking forward to turning 26 in August 2021.

I was told once that I would die when I turned 16; I did not. I was later added only three years to live and was to die at 19, but well, here I am.

Sickle Cell Disease (SCD) is a genetic condition that involves the red blood cells changing to a crescent shape from a smooth circular shape which results in small blood vessels being blocked.

Among them, between 50 to 80 per cent die before their fifth birthday, while those who manage to survive have to live with recurrent complications and pain, which can interfere with many aspects of their lives such as education, psychosocial development and employment.

Of course, in my moments of despair, I also asked myself: Why me? Because I was the only one among my siblings who had the disease. I have a cousin who is also a survivor.

As I was always out of school, either in a hospital or at home receiving care, my academic performance was dismal. I could not participate in any sports, and because sickle cell stunted my growth, I had a tiny body and was an easy target for bullies, so I kept to myself.

My parents tried both Western and herbal medicine because they were desperate to see me whole again. Nothing seemed to be able to save me.

But perhaps the most significant health challenge my family dealt with was when my father fell sick and was diagnosed with gastro oesophageal cancer in 2019.

I fell sick around the time that he was in the hospital. I was admitted at Mbale Hospital while he was at Alexandria Cancer Centre.

My eldest sister, Maureen Ajami, opted not to tell my parents that I was in the hospital to save them from worrying. My father thought that the reason I had not gone to see him was that I did not care about him, and that broke my heart.

It was a challenging period. When the time came for dad to undergo a bile duct operation, I was admitted to a hospital in Nairobi. He thought that I didn’t care about his welfare, as I was nowhere to take care of him. My siblings could, however, not inform him about my predicament.

He died while undergoing chemotherapy treatment just a day before my scheduled operation for my hip joint on February 11, 2021.

I have not gone for the operation, and I am currently at my family home in Muge, Rift Valley. We were forced to move from Lumakanda Kakamega County a day before my father was buried due to land-related issues that he had not cleared with his brothers. We were literally asked to move out.

I have lived in Mbale with my grandparents since 2017.

I only travel for treatment in Nairobi when it’s critical.

Not a walk in the park

I realised that it is tough to keep a job when you are always on sick leave. I’m currently a drama teacher in a high school, but my family often chips in to supplement my income. Additionally, I use my networks to help children with sickle cell disease or who are battling any other rare disease that society hardly understands.

That said, my greatest support system are my students, who, despite my condition, treat me like any other normal person.

Although I’m a basketball enthusiast, sports are a big no for me as they are tantamount to direct hospitalisation.

Then there are relationships. It just does not work with sickle cell. I have a three-year-old child with my girlfriend, but I’m yet to get married.

As of now, I can only hope for a miracle now. I had been referred to Nairobi Hospital for a hip joint surgery which cost Sh800,000.

Living with sickle cell can be likened to having to face your mortality each day. I live in excruciating pain daily. The kind of pain that feels like an insidious monster ravaging your body on the inside but rarely visible on the outside.

It means being in a constant state of limbo because you have no idea when the next crisis is going to strike, and your life comes to an abrupt halt.

You have no clue about how terrible your anguish will be or for how long it will last.

What is more, it means putting your life on hold.

You cannot even do the simple things that most people take for granted!

I experience painful spasms, which occur specifically in my arms, legs, joints and which have since spread all over my body since I entered adulthood.

They are usually excruciating, cyclic convulsions that occur rapidly, causing sensations that can only be likened to someone skinning me alive, forcing broken pieces of glass into my veins.

Each time I go to the hospital, I console myself and new attendants that I’m used to it.

It is a big lie. The truth is, I have never gotten used to it. It isn’t easy, and I’m the only one who knows it.

It takes every iota of my sheer willpower to survive another day. I might be walking around in the streets with a smile brightening up my face but deep down, I’m crumbling.

My greatest fear is waking up daily, being constantly reminded of the odds that I could be breathing my last. I detest my birthdays as they are among the darkest of my memories.

I wish people would identify me as Joe first. I am not ‘sickle-cell.’ It is just a condition that resides in me.