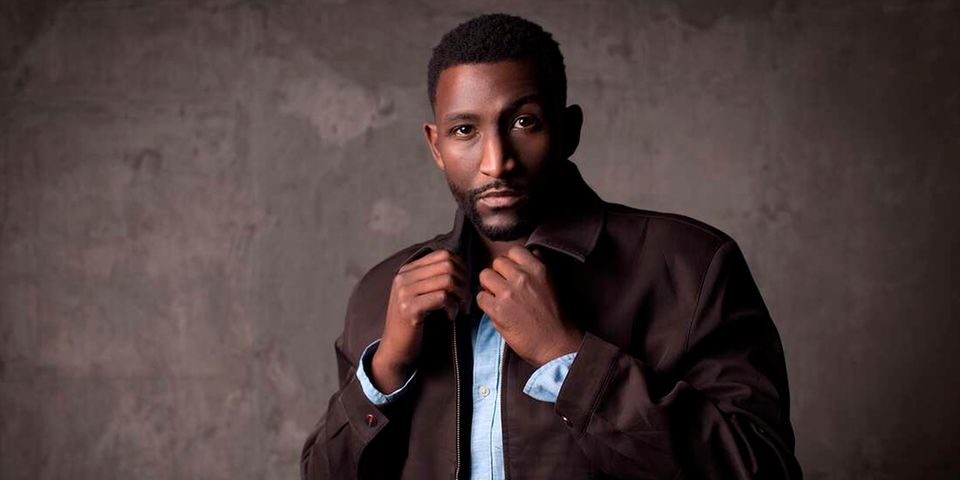 Luke 4:24 keeps making sense to me: ‘Truly I tell you, no prophet is welcomed in his hometown’. Maybe I stayed too long,” Atlanta-based Kenyan-American actor Sammy ‘Nagi’ Njuguna tells the Nation.Africa in a virtual interview from his hospital bed.

Struggling to speak beyond a whisper, the 33-year-old actor had just finished narrating the sequence of events that ended up in him getting shot on the morning of October 7 as he left a petrol station in Columbia, the capital city of the US state of South Carolina.

Nagi had gone back to his home city, where he was born and raised, to visit with family following the release of his latest project Black as Night. The Blumhouse and Amazon Studios production about a teenage girl with self-esteem issues who finds confidence after spending her summer battling vampires preying on New Orleans’ disenfranchised was released on October 1. By October 6, a video of Nagi as Tunde, a “righteous” vampire, went viral. He took to his social media to share the news with his followers.

“I was blessed to deliver a powerful message to the main character, Shawna (Ajsha Cooper) about colourism. In this world, especially in America, dark skin is often frowned upon. I’ve dealt with it since I was young,” says Nagi of the viral video that has had more than 11.7 million views, the positive message resonating around the world.

Went into a coma

He was at his cousin’s place who had some of the Kenyan family over to watch the movie later that same night. They had good times, hanging out for a while. At 1am, he left and stopped by the petrol station to refuel his car. He went inside the shop, paid and walked between two cars parked as he headed to his vehicle. Then a shot rang.

“I was shot in the back. I didn’t realise what was happening so I turned around. I caught a glance of someone in one of the cars. I don’t know this person. Then, bam! Two more shots; to the chest and shoulder,” says Nagi, whose legs buckled and he fell with his face hitting the pavement.

It all went dark. When the lights came back, he was in an ambulance and they were asking him for a contact they could reach his loved ones on. He gave out his father’s number and went into a coma for the next two days. An open chest surgery was performed on him to retrieve a bullet from one of his lungs, which had barely missed his heart, and another in his shoulder. Part of the affected lung had to be cut off.

“My lung suffered so much trauma that it collapsed three times after re-inflating. I’ve been able to walk but until they figure out how to keep my lungs strong, I’ll still be in hospital. I also developed pneumonia from the infections and had surgery on Tuesday again. Now, they have to keep draining the lungs multiple times a day. My mum has been singing praise songs for me on the guitar and brought her prayer warriors together to pray for me. God, his angels and my Kikuyu ancestors have been with me and protected me. My mum is from Gikuni village, Kiambu and I’m a real warrior like them,” says Nagi, who also has a back brace.

The assailant turned himself in while Nagi was still in the coma, but had a very low bail set and he was able to get out before night that same day.

It makes him conclude that the US justice system doesn’t value black lives at all. He says he feels safe because he is protected though. The case is on-going.

Nagi’s role in Black as Night is his biggest so far. Partly raised in Nairobi too, he got the part after doing a call read.

This is when one has prepared and auditions for a certain role but then the casting members give them another character to try out for.

“It was very difficult because I only had 15 minutes. I am just blessed to be able to do different accents; I’ve been doing a Nigerian accent to make people laugh for a very long time. After I got the role, I then had to work on perfecting it,” he says.

He has been acting since he was 15. “You have to trust yourself,” said Nagi on why he refused to have a stunt double.

With his hospital bill currently shooting upwards of $10, 000 , Nagi has a GoFundMe (Nagi Njuguna Help With Medical Funds) where people can help donate to help offset the hospital bill. Nagi’s sister, Zawadi Njuguna lives and works in Nairobi with her husband Ben. Donations can be sent to his brother in law Ben at 0740 761 485 (Benson Ng’ang’a).

Related Topics:NewsSammy ‘Nagi’ Njuguna
Up Next