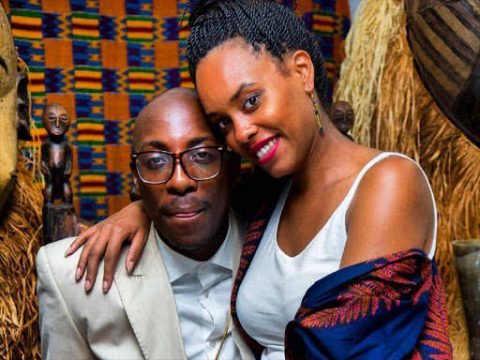 Sauti Sol’s Bien Aime Baraza has cleared the air on rumours circulating online about his marriage with dancer Chiki Kuruka.

Speaking on Friday, December 17, during an interview on a local TV station, the Mbwembwe singer said that he is not in an open marriage adding that those who are not married should not speak about his marriage.

“Guys I’m not in an open relationship. I’m not in an open marriage. I actually speak for people who are married because first of all, if you are not married don’t ever comment about my marriage because you don’t know how it feels,” he said.

Bien further stated that his relationship with Chiki goes beyond the energy of sex.

In June, word went round that Bien and Chiki were in an open marriage after the singer made some remarks on the Sol Family show.

“I don’t have a problem with it if that is what she wants, she should get it. You can’t stop a human being from doing that. But also I can’t catch feelings, I’m after her happiness,” Bien said.

READ ALSO  Why Ukoloni in Kenya exists to this day

However, Chiki cleared the air stating that the comments were taken out of context.

“Bien and I were cracking jokes on Sol Family, and that’s how a comment was interpreted. However, we both deeply agree with honesty and communication, even if that includes lusting over celebs,” she said.