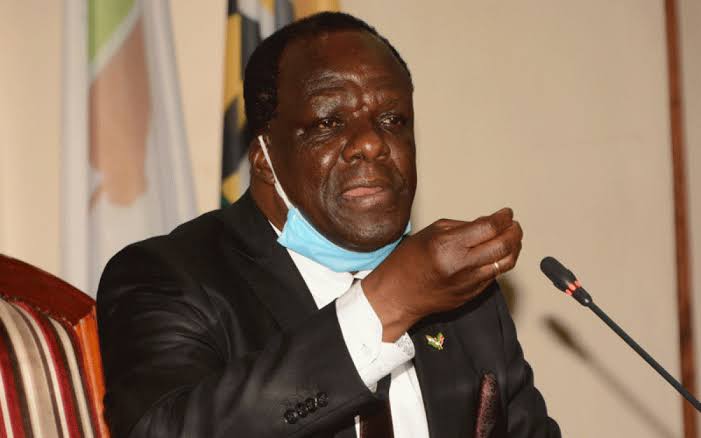 The county boss, however, said he is willing to work with Deputy President William Ruto.

Oparanya admitted that he had several meetings with the Deputy President, adding that it was true that they discussed 2022 politics.

However, he insisted that the meetings should not make people conclude that he wants to abandon ODM leader Raila Odinga.

“You can be his enemy, but William Ruto is my friend. We should let leaders to express themselves and talk freely,” Oparanya said during an interview.

Oparanya also revealed that he had scheduled a meeting with Wiper leader Kalonzo Musyoka.

He noted that they intend to discuss the nation’s state and 2022 politics.

“The Wiper leader and I will be meeting very soon. I also want to meet the President and leaders of other parties, among them Musalia Mudavadi and Moses Wetang’ula, to discuss the same,” the Governor said.

Last week,  DP Ruto revealed that he had met the Kakamega Governor over five times.

He made this revelation a week after their meeting at Masaai Mara Game Reserve went viral.

Oparanya had claimed that their meeting at Maasai Mara was a mere coincidence.

He also claimed that Raila Odinga and Mombasa Governor Hassan Joho were aware of his meetings with the Deputy President.

Oparanya noted that since he is also eyeing the 2022 presidency, he had to meet with leaders all over the country.

“I cannot ignore the Deputy President. He has his people intact. Nobody can beat him in Rift Valley,” Oparanya said.