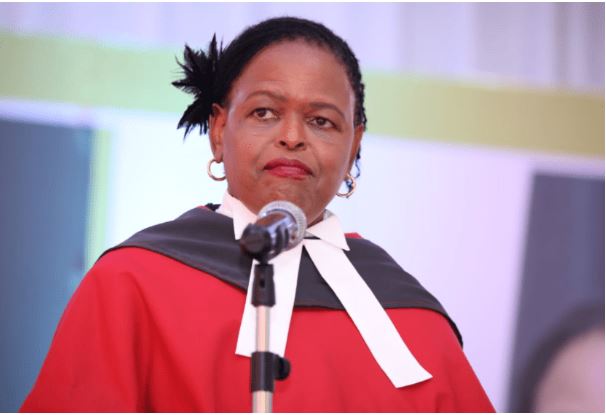 Impeached governors and convicted politicians running for elected office have been cautioned that they are ineligible to hold public office until their convictions are overturned.

According to the CJ, filing an appeal to overturn a sentence or an impeachment does not mean the conviction is overturned.

“It’s a legal conundrum. On one hand, we have a case where a particular MP who was found guilty by a competent court and sentenced then appealed is [allowed to run] yet when it comes to people who’ve been impeached, it doesn’t seem to apply because if you’re impeached you’re permanently impeached even if you have a case in court you’re still impeached,” she said.

An impeached leader, according to Justice Koome, stays impeached until the impeachment is lifted by a higher court. “And so is the sentencing. If you have been sentenced, you are actually sentenced until the sentence is set aside. The appeal does not take away the sentence,” she stated.

She said that the problem stemmed from a legal interpretation. “I think we interpret the law for our benefit. If I want to benefit, I will interpret it the way I want but the law remains the law,” she explained.

On Thursday, a judge granted an order prohibiting the electoral commission from processing the nomination of former Nairobi Governor Mike Sonko, who was impeached and is now vying for governor of Mombasa. Sonko’s objectives could be hampered by the decision.