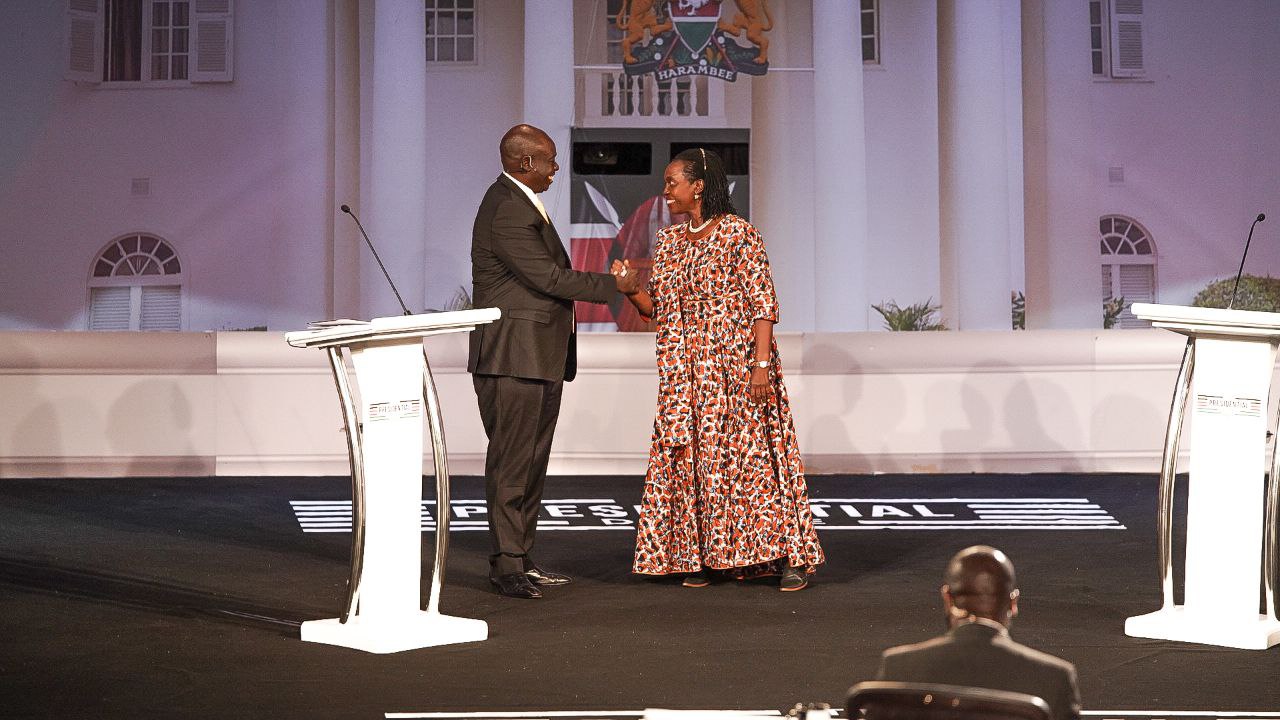 The research company Infotrak is under fire for allegedly removing a Twitter poll that indicated Rigathi Gachagua was the most well-liked running mate.

During the Deputy Presidential discussion between Gachagua and Martha Karua on Tuesday night in Nairobi, the poll was held using the social media application.

According to the aforementioned poll, which reportedly drew 40,000 respondents, Gachagua, William Ruto’s running mate, was ahead of Karua, his nearest rival, by 32 percent.

Gachagua lead with 61.9 percent, while Karua came behind with 29.1 percent according to the data that were shown before the tweet was deleted.

Ruth Mucheru (Agano) was in last place with 0.4 percent as Justina Wamae (Roots Party) had 8.4 percent.

These were some of the reactions evoked by the move to delete the tweet.

By deleting the post below, #Infotrakpoll confirms that it works for the Azimio and their foolish reports are doctored to cause post election violence.
Own goal safi Sana✔️. pic.twitter.com/dT2czCuLM6

OWN GOAL. Pants down. Infotrak has just deleted this online poll that has exposed their insincerity. The king is naked! Kenya Kwanza all the way to Statehouse. #Infotrakpoll Gachagua #KenyaKwanza pic.twitter.com/xQLmRwhEjS