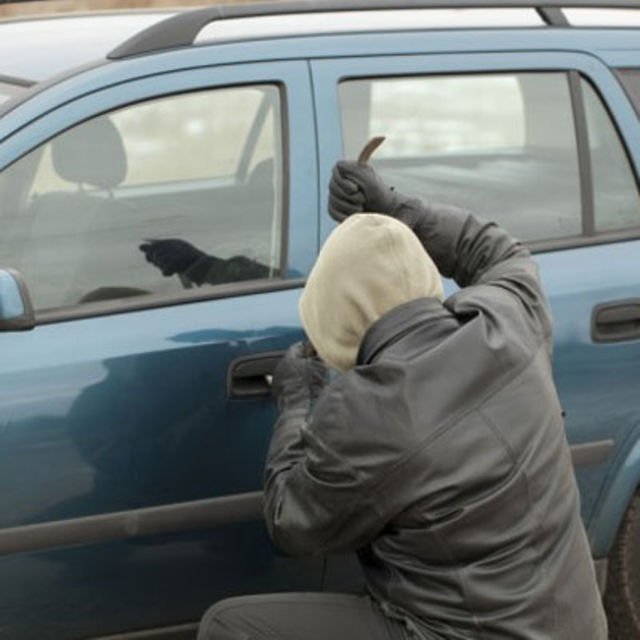 Seven years ago, a daring operation shocked the nation when an armoured BMW from President Uhuru Kenyatta’s security convoy was stolen at gunpoint in Nairobi and later recovered in Uganda.

Although Flying Squad and Interpol officers moved fast to arrest the suspects, the dramatic robbery showed the extent at which car theft syndicates are willing to go to drive away with their trophies.

Last Friday, three people approached a cab driver in Kakamega town for a ride to Chemelil in Kisumu County.

It was way past 5pm and the driver, Ibrahim Omodo, 23, wasn’t comfortable with the 100km trip. But it was a bad day and the pay was good.

The potential clients, two men and a woman, had offered him Sh10,000 for his services and Sh3,000 for fuel, which was too good a deal to turn down.

Unbeknown to Omodo, the trio had an ulterior motive as it was the last time he would be seen alive. A couple of days later, his body was found in a sugarcane farm in Tindiret, Nandi County.

The vehicle, a Toyota Prado, was later recovered in Tororo, Uganda. His hands and legs had been tied with ropes and he had signs of facial injuries.

“I don’t know why they had to kill my brother in such a cruel manner. If all they wanted was the vehicle, they should have let my brother go. He was a young man, a bachelor,” says Omodo’s elder brother, Mr Rashid Kombo, also a taxi driver.

The family is planning to collect the body from the mortuary in Kapsabet after a post-mortem examination and bury him according to Islamic rites in Emusonga village, Kakamega Central Sub-county.

READ ALSO  Form One placement results to be released today

Before Omodo left town, he had contacted his employer, Mr Festus Olang’, to inform him about the ‘Chemelil trip’.

But a day had passed without any word from him. He had neither contacted his family nor colleagues. His phone had also been switched off, raising concerns about his whereabouts.

As his loved ones pondered their next move, Mr Olang’ got a disturbing call from a man who had stumbled upon Omodo’s documents strewn along the road in Kapsabet town, including some cheques.

Worried about the safety of his employee, Mr Olang’ contacted the firm that had installed a tracker in the cab to locate its position. Shockingly, the vehicle was tracked to Tororo.

Not Kapsabet; not Chemelil. He reported the matter at Kakamega police station. “The vehicle was abandoned in Tororo after the engine stalled. The criminals had tried to dismantle the tracking device, but they did not succeed,” says Mr Olang’.

On Sunday, he was clearing up paper work with Ugandan authorities before the vehicle could be released to him. The incident is linked to activities of a car theft syndicate in Western Kenya that would kill at the slightest provocation. The criminal gang has lately been targeting taxi operators who use luxurious vehicles.

Like President Kenyatta’s BMW in September 2014, once they are driven across the border, the vehicles are vandalised.

In Kakamega town, six vehicles have been stolen in the last two months, one of which was driven from the parking yard of a hotel.

“When we got the report about the suspected kidnapping of the driver, we dispatched our officers to carry out investigations,” says Mr Barua.

The suspects use panya routes along the porous border to avoid detection and the vehicles end up in garages in Uganda where they are dismantled for spare parts. It’s a booming business as many motorists in Western Kenya get engines, gear boxes and other parts from Uganda because they are cheaper there. “Criminals pose as clients and usually target expensive vehicles that are in high demand. They then drive them across the border,” says Mr Gilbert Alushula, a taxi operator in Kakamega. Teso North Sub-county police commander David Muange says the gang uses the porous border points at Machakus, Adongos and Buteba.

“Criminals take advantage of the porous border points to evade detection,” says Mr Muange. They are familiar with the terrain, making it easy for them to avoid security officers. “There are patrols along the border, but these criminals slip through because they understand the geography quite well,” says Mr Muange.

They sometimes hire vehicles using fake documents and once the deal is sealed, they drive across the border. A couple of years ago, Mr Alushula got into trouble after a client used his vehicle in a robbery.“He was a regular client, so I had no issues with him.

What I didn’t know was that he was using fake documents. He would come and collect the vehicle and return it after two to three days,” he recalls.

On one occasion, the client did not bring back the vehicle.

“After making frantic efforts to trace him, I was contacted by police in Siaya, who informed me that armed robbers who were driving my vehicle had been shot dead after robbing an M-Pesa outlet. Some weapons were found in the vehicle and I was being treated as a suspect,” offers Mr Alushula.

He was later cleared and the vehicle released to him after investigations established that he had nothing to do with the crime.

The kidnappings and robberies targeting taxi drivers and other motorists have raised concerns about the insecurity creeping in the region.