Inside Ruto’s strategy to bag presidency 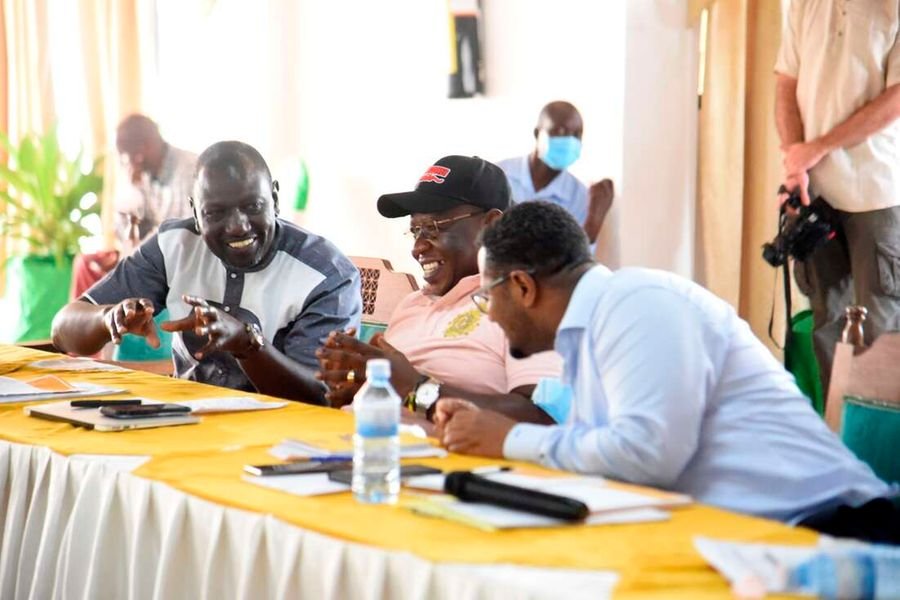 Deputy President William Ruto is working on a two-pronged strategy to reap maximum benefit from parties affiliated to the United Democratic Alliance (UDA) associated with him.

By embracing the parties without demanding they dissolve to join UDA, and allowing them to field candidates in regions where they are considered strong, Dr Ruto hopes the competition will boost voter turnout that will also be to his advantage as the parties will be rallying behind his presidential candidature.

And this will also boost the chances of his alliance getting as many MPs as possible, a critical factor for any presidential candidate.

An insider in the DP’s camp revealed that whereas they are seeking to build UDA into a single popular national outfit, they will not coerce like-minded parties to merge, suggesting the party has bowed to pressure from affiliates to retain their identities.

Some of the fringe parties either have significant support in their various bases or would attract popular candidates for other seats and would benefit their presidential candidate where UDA might not have had a chance.

“We want to build UDA to be the most popular party in the country but we don’t also want to lose our partners as they are key in certain regions and we hope they will help us gain traction in those areas for the sake of the 2022 elections,” the source said.

The DP, it seems, wants to avoid the hustle of pushing for a merger given most of the affiliate parties instead prefer to have a coalition with UDA.

“I support Ruto, but I will not join UDA because I am in TSP,” Mr Kiunjuri who is said to be angling for a running mate post in the DP camp said recently.

This new turn of events now means that the DP, who was the biggest advocate of merging of parties to form one strong monolith in the run up to the 2017 election, has changed strategy to work with parties with no intention to dissolve their outfits.

Already, the feud over the Kiambaa parliamentary by-election where Gatundu South MP Moses Kuria’s PEP was forced to withdraw from the race to back UDA’s John Wanjiku is a reflection of the fights that Dr Ruto will have had to contend with if he takes the Nasa 2017 route instead of the Jubilee 2017 path, that saw the folding of 12 parties to form Jubilee party

“All these sister parties of UDA are very clear on the presidential candidate they are supporting and they also have their own aspirations which is acceptable because we are in a democratic state. PDP and PEP will continue running their agenda, compete with us,” she said in Eldoret when she met 2022 UDA aspirants drawn from Nandi, Uasin Gishu, Elgeyo Marakwet, Trans Nzoia, West Pokot, Turkana and Baringo.

In what suggests the height of the UDA dilemma, Ms Maina said the party had resolved to allow its affiliate parties to field in certain areas where those outfits are strongest—a potential landmine in the upcoming primaries for the 2022 polls.

“We usually have certain arrangements that in certain areas there is a party which is stronger than the other hence will team up and work together to achieve a common agenda of lifting mwananchi to a better economic level,” said Ms Maina, who had guided the Jubilee 2016 merger process when she was the secretary general before shifting alliances.

Yesterday, Ms Maina said UDA had no plans to push for the merger of the parties supporting the DP.