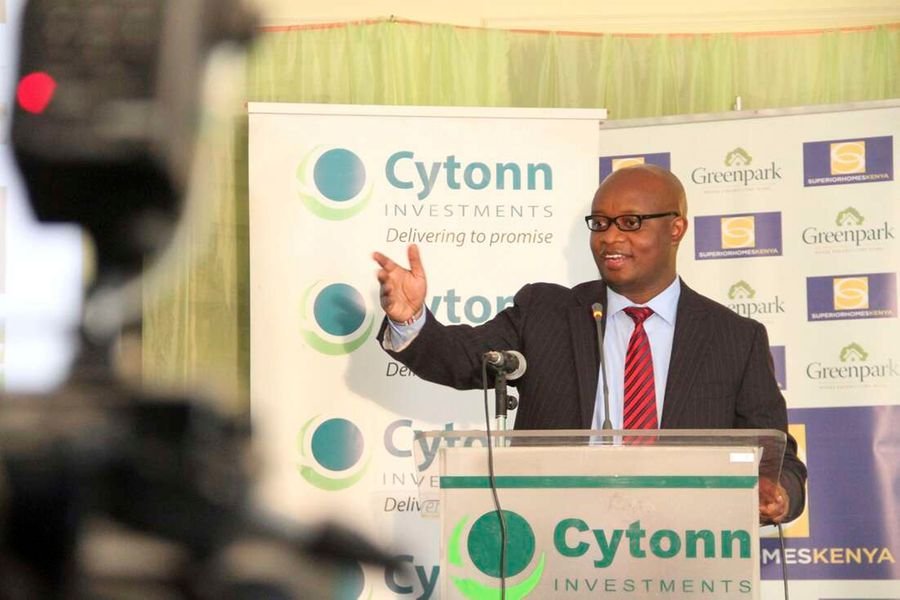 Maurice Otieno had put Sh9 million in Cytonn’s most lucrative investment fund when he tested positive for Covid-19.

Mr Otieno had pumped all his golden handshake into the Cytonn High Yield Solutions (CHYS) in three batches, having fallen victim to an army of sales agents who marketed the product from door-to-door with a promise of earning upto 18 percent a year.

He was not alone. He was in good company of an estimated 4,000 investors who had pumped in more than Sh10 billion in the “high-performing” products.

After being admitted to Nairobi West Hospital, the least of his worries was the hospital bill since he knew that the reason he had invested millions was for such times. Besides, from the Sh9 million investment, about Sh1.5 million had already matured and all he needed was make a call to the company to wire it to his bank account plus the accrued interest of about Sh380,000.

“I invested in three batches, one 4.9 million, another Sh2.5 million and the third was Sh1.5 million. About Sh1.5 million had matured and they owed me at leash Sh380,000 in interest at the time,” he recalls.

His nightmare started on the hospital bed, as a Sh263,000 bill was handed to him.

Unable to pay, he reached out to Cytonn, but his requests for payment were ignored, despite his condition. He was told that the company had rolled over his investment for another one year and he was not to expect anything from them until the real estate market had “stabilised”.  That is when he knew he was in real trouble.

Maurice is not the only one crying foul over an investment gone sour in Cytonn. There are retirees, high net worth executives, lawyers and other sophisticated investors who have been caught up in the latest investment scam that has rocked the capital markets.

The get-rich-quick investment scheme has now erupted into a full-blown crisis after the Capital Markets Authority (CMA) yesterday disowned the “Cytonn High Yield Solutions”, leaving over 4,000 investors in the cold.

The controversy follows on a list of other corporate bonds oversighted by the capital markets regulator that have collapsed in recent years with billions of shillings of unsuspecting investors’ funds.

But, as the scheme unravels, Cytonn continues to blatantly lure more unsuspecting Kenyans to invest in its fancily named funds even as the list of disgruntled investors piles up.

Ms Lynn Ngugi, who is an Advocate of the High Court of Kenya, went online on Wednesday to complain about how the company had frustrated her and fellow investors after their investment matured.

“Cytonn has been frustrating me and my friends. We invested with them a while back. How this works is that you invest your money, and you have to wait for a whole year before your money can earn interest and then they pay you back,” she said in a video that has gone viral.

Ms Ngugi says Cytonn told investors that they should inform the company in advance if they wanted to be paid or if they would like their money to be rolled over for another year. For her, she invested in 2019 and waited till January 2020 before she wrote to the company, asking for her money back.

That is when the drama started. She says she informed the company three months in advance before her investment matured in March, way before the Covid-19 pandemic hit the country.

What she did not know is that just like Maurice and thousands of others, the product she had bought was not regulated by the Capital Markets Authority (CMA).

To pull the scandal off, Cytonn set up two products with similar names that confused the not-so-sophisticated investors. One of the investment products– Cytonn High Yield Fund (CHYF)–is regulated by the Capital Markets Authority (CMA) and the other known as the Cytonn High Yield Solutions (CHYS), which has characteristics similar to an ordinary merry go round fund, is not.

Ms Ngugi says Cytonn informed investors that they should inform the company early at the end of the year if they wanted to be paid or if they wished to have their cash rolled over for one more year.

She invested in 2019 and waited till January 2020, before she wrote to the company, asking for her money back plus the interest it had accrued. She says she informed the company three months in advance before her investment matured in March, and way before the Covid-19 pandemic hit. That is when the drama started.

She says she was shocked when Cytonn used Covid as an excuse not to honour its obligations, despite the investment having already earned interest in the previous year when the pandemic had not hit the country.

“Cytonn uses Covid as an excuse for not releasing our money to us yet they had invested our money, the previous year,” she says in the video. Two years later, the company has refused to pay the principal and interest citing liquidity challenges.

For her, like hundreds of others, she did not seem to even know the difference between the two investment schemes.

Mr Edwin Dande, the man behind Cytonn, in an interview yesterday retorted that he is an investment manager, not a magician who can mysteriously turn real estate into cash.

“The high yield solutions was not advertised. It was sold one-on-one. We have two products, one is regulated, and the other one is not regulated,” Mr Dande said yesterday in an interview with the Nation.

He said the unregulated product largely invests in the real estate sector, and operates like a Chama (merry-go-round).

“Currently, this product has 4,000 members and they have invested about Sh10 billion in about 10 real estate projects,” he said, adding that it is impossible to dispose properties overnight, especially under the current economic conditions.

It is not his fault that investors do not know the difference between these two products. He says the one regulated by CMA has no problems. It is paying on time, and anyone can get in and out, as they wish.

The company has asked the investors to sign up for another extraordinary general meeting to be given other options for recouping their investments, as long as its not cash.

For Maurice and Lynn, the fact that the company positions some of its products as being regulated by the CMA gave them the comfort to invest.  Why the CMA allowed the company to operate two products with similar names to dupe investors is still the biggest puzzle in the unfolding Cytonn scandal.

Yesterday, Mr Dande was pushing his investment scheme as hard as ever, and riding on the fact that it is regulated by the CMA.

“Cytonn High Yield Fund posted an Effective Annual Rate of 14.78 percent as of 16th June 2021. Invest and stand to earn returns of up to 14 percent per annum, which you can withdraw automatically by dialing *809#. CHYF is regulated by the Capital Markets Authority,” he said in a tweet targeting new investors.

Mr Dande’s story starts at Britam, when he exited and set up Cytonn with a group of employees. His colleagues describe him as a lone ranger who runs roughshod over his employees, and does not take advice from anyone.

READ ALSO  US court to rule on Dorothy Ong'era's case

And the company that Dande built is crumbling as fast as it rose. Already, he has been left alone, with most of the directors who started with him either having already quit or moving elsewhere.  It is the story of the meteoric rise of Cytonn and its spectacular crash.

A year after the capital markets regulator promised to take action, the company continues to operate and is still marketing its products to the unsuspecting public, waiting for its next victim.

The CMA first spoke out on the Cytonn scam in April last year, when it cautioned investors against investing through unlicensed firms offering Fund Management and Investment Advisory Services.

But this was already too late for majority of the investors, who had already been duped into putting their hard-earned-cash in the company, not knowing which part of the investment was regulated and which one was not.

CMA Chief Executive, Wycliffe Shamiah, in a statement yesterday advised investors to only put their money in licensed and approved entities that offer and promote regulated products, to enable them get protection offered by the Authority through the capital markets legal and regulatory framework.

Mr Shamiah said investors in unregulated products offered or promoted by unlicensed and unapproved entities risk losing their investments with no recourse afforded to them under the capital markets regulatory framework.

Following numerous enquiries regarding the licensing status of the Cytonn Investment Group, Mr. Shamiah said, “the Authority confirms that Cytonn Investments is not a licensed and approved entity.”

The regulator advised investors to confirm the names of the licensed and approved entities on its website.

“Members of the public who have been affected or have come to be aware of such illegal entities are advised to report to the Authority or to the Capital Markets Fraud Investigation Unit.”

She wasn’t his side-lover, mother of woman who died in crash alongside MCA says