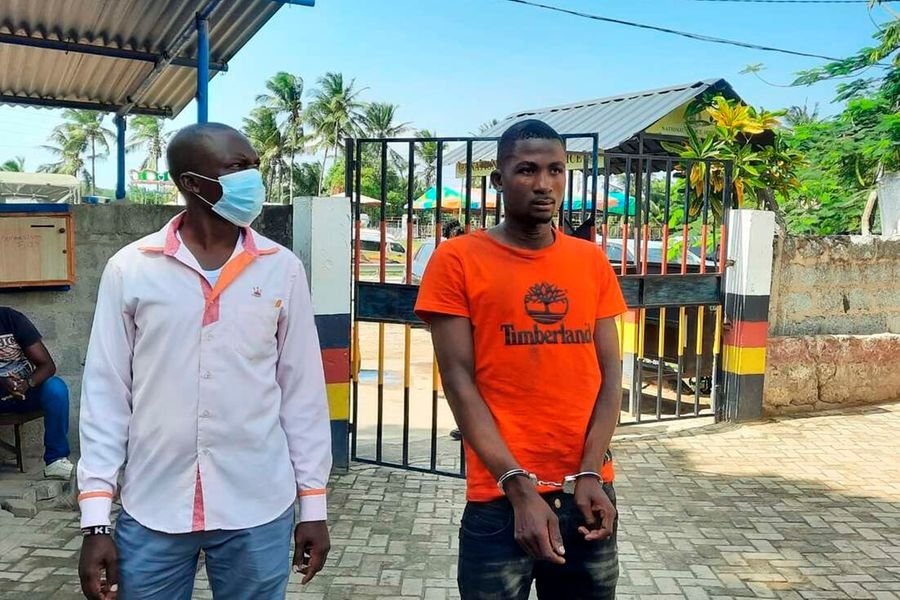 Ever heard of a kidnapper who took their victim to hospital, and came to pay them a visit the following day?

Like most jobless youth, Margaret Wanjera Kabucha breathed a sigh of relief when Joseph Wamalwa Wafula alias Walter contacted and promised to link her up with a potential employer in Malindi, where she was to work as a salesperson.

Little did she know that she was being set up for kidnapping and assault, before being asked for ransom to secure her freedom.

Ms Kabucha, 21, then working as a house help in Mikindani, met Mr Wafula who promised her a job as a salesperson. The job location was in Malindi, a commuting distance, and so Ms Kabucha and Mr Wafula planned to set off on a journey to meet the potential employer.

“We took a three-wheeler from Mikindani to Bamburi before connecting to Mtwapa, where we were to take a vehicle to Malindi,” the woman says. They left Bamburi at around 6:30pm and before long, it was already dark.

Wafula then asked the tuk-tuk driver to drop them off “because it was already dark”.

After being dropped, Wafula contacted someone on his cell phone, and “instructed” that his luggage should be prepared as he was about to arrive.

“We walked for a while. We were past Mtwapa,” she says. As the walk continued, the woman realised that they were getting deeper and deeper into the bush.

When she inquired about where they were going, Wafula pointed at a five-story building in the distance, saying they were taking a shortcut to the place. He explained that they could not use a motorbike or a tuk-tuk, due to the poor state of the road.

Before long, Ms Kabucha discovered they were deep in the bush. When she declined to move further, a confrontation ensued.

“Wafula hit me hard on the head and kicked me in the stomach. I could not call for help because I had found myself deep in the forest, where no help would come,” she says.

Here, the woman says Wafula demanded Sh30,000 ransom in exchange for her freedom. She pleaded with him but he could hear none of her pleas.

With only Sh900 in her M-Pesa account, Ms Kabucha contacted her parents and informed them of what was going on.

“I told them that I had been kidnapped and the kidnapper demanded Sh30,000 ransom.

Wafula snatched the phone and talked to my parents. He told them that he would kill me if they failed to send him the money,” she says.

The parents said they only had Sh5,000, which was sent to her number before she transferred the amount to Wafula’s number.

After receiving the money, the woman tricked Wafula by telling him that she had liked what he was doing and would like to work together with him to get more money.

“I pretended that I had liked the job and wished to team up with him. I promised to lure more girls so that we could generate more cash,” she says.

When Wafula attempted to sexually assault her, the woman says she suggested that since they had agreed to work together, it made more sense if they looked for a guest house to spend the night in a more serene environment.

Wafula agreed to this idea and the pair left the bush and walked back to the road, where they boarded a vehicle to Mtwapa town. On reaching Mtwapa, Ms Kabucha pretended to be experiencing a very bad headache and pleaded with Wafula to take her to a nearby hospital.

Wafula fell for the trap and took her to a clinic within Mtwapa township. Here, the woman walked in to see a nurse. Wafula was asked to wait outside. She then informed the nurse what had happened.

The two struck a deal and Wafula was informed that the woman would be admitted for the night due to her condition.

Left with no option, Wafula left and promised to check on her the next day.  The following morning, the woman went to the Mtwapa police station and reported the matter.

Deal with the police

Here, she struck a deal with the police. The deal was that she would give Wafula the telephone number of one of the female police officers and arrange a meet-up between them. The woman then contacted Wafula, informing him that she had found a potential kidnap victim, as she had promised.

“Wafula and the female police officer talked on the phone and agreed to meet near Bamburi. A team of police officers accompanied us and apprehended Wafula at the meet-up area,” Ms Kabucha told the Shanzu Senior Principal Magistrate Yusuf Shikanda in her court testimony.

Mr Wafula is charged with kidnaping her and demanding Sh30,000 ransom.

According to the police, Wafula is a suspected serial kidnapper known for luring young women with false promises of jobs before kidnapping and sexually assaulting them while demanding ransom from their families.

The police allege that Wafula, 23, has several complaints against him reported at the Nyali, Kongowea, and Mtwapa police stations.

He reportedly asks for between Sh30,000 and Sh50,000 ransom from his victims’ families.

Mr Wafula is also facing charges of demanding money with menaces, with intent to steal.

He has denied the offenses, and is facing two similar charges before different magistrates in Shanzu.

VIDEO: Why Kenyans in the Diaspora are so thrilled by ‘NGAMWAYA KEMIKAL’ show